It’s long been known that women are less likely than men to survive a heart attack, even after accounting for the fact that women tend to have heart attacks at older ages.

That gender disparity has often been attributed to women having fewer of the “classic” symptoms of a heart attack (particularly chest pain) and thus being more likely to delay seeking treatment.

It found that women who go to a hospital emergency room after suffering a heart attack are more likely to survive if they’re treated by a female physician than by a male one. In fact, the study found that the gap in heart attack survival between men and women disappeared when the treating physician was female.

“This effect is primarily driven by the fact that male physicians seem to have particular difficulty treating female patients,” said Brad Greenwood, the study’s lead author and an associate professor of information and decision sciences at the University of Minnesota, in a phone interview with MinnPost.

The findings underscore the need for more initiatives in medicine that focus on diversity, Greenwood stressed.

Coronary heart disease is the leading cause of death among both men and women in the United States, but women are much more likely to die from a heart attack, even after adjusting for age.

For the current study, Greenwood and his colleagues, Seth Carnahan of Washington University in St. Louis and Laura Huang of Harvard University, analyzed data collected from more than 500,000 heart attack patients admitted to hospital emergency department in Florida between 1991 and 2010.

Overall, 11.9 percent of the heart attack patients in the study died while in the hospital. As expected, the women who had heart attacks were more likely to die than the men. But the study also found that the “penalty” for being female was significantly greater when the women received treatment at the hospital from male doctors.

That difference held even after the researchers adjusted for such factors as the doctors’ experience and the patients’ age, race/ethnicity, educational level and co-existing medical conditions.

Men, however, did not have any similar dip in survival when treated by female doctors. In fact, men were slightly more likely to survive their heart attack if the doctor treating them was a woman, although those numbers weren’t considered statistically significant.

“At first blush, the 1.5 percent number may not seem that big, but relative to the baseline survival rate, it’s actually quite large,” said Greenwood.

It suggests, he explained, that of the nearly 215,000 female heart attack patients in the study who were treated by male emergency physicians, an additional 1,500 to 3,000 of them would have survived if the physician had been a woman.

The study has several limitations. Most notably, it did not factor in all the variables that might influence gender differences in the survival rates of people treated for heart attacks in hospital emergency departments — such as the effects of care received from nurses, residents and other non-physician staff.

Nor was the study able to identify why women fared so much better when treated by female physicians. 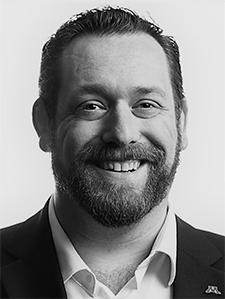 Greenwood and his co-authors offer several possible explanations, however. Male physicians may have difficulty reading the symptoms of female heart attack patients — or women may not be as comfortable discussing their symptoms with them. It could also be that female doctors may act more quickly when a woman appears in the emergency department with heart attack symptoms.

Indeed, other research has found that the patients of female doctors tend, in general, to have better outcomes. As the Harvard University author of one study on the topic put it: “If male physicians had the same outcomes as female physicians, we’d have 32,000 fewer [annual] deaths in the Medicare population. That’s about how many people die in motor vehicle accidents every year.”

The importance of diversity

But the current study’s findings do not mean that only women physicians should treat women, Greenwood stresses.

“I think that this paper is really about understanding the benefit of diversity,” he said. That means not only having more female physicians in the emergency departments of hospitals, but also updating physician training so that heart disease isn’t characterized as mostly a “male” condition, he explained.

Change may already be happening, he added. The key effect observed in the study — that women heart attack patients have better survival rates when treated by female doctors — was less pronounced toward the end of the study period than at the beginning.

It may be more effective to increase the number of female physicians working within emergency departments, they argue, for the study also found that survival rates were higher in departments where the ratio of female to male doctors was higher.

Indeed, for each 5 percent increase in the proportion of female physicians in hospital emergency departments, the survival rate for female heart attack patients increased by 0.4 percent, according to the study’s data.

Currently, about 10 percent of doctors in emergency departments are women, the researchers point out.

A need for self-advocacy

So, what is the take-away message for women from this study? What can women do to increase their odds of surviving a heart attack?

They can begin, says Greenwood, by educating themselves about all the symptoms of a heart attack, including the fact that an attack can occur without chest pressure or pain. They then need to seek care quickly, by either calling 9-1-1 or going to a hospital emergency department.

Once at the hospital, “women need to advocate for themselves or have someone who can effectively advocate for them,” said Greenwood. Don’t let a physician dismiss your symptoms as not being a heart attack — and send you home — without a thorough evaluation.

“Try to advocate for a second opinion,” Greenwood stressed. “And make sure the physician goes through all the diagnostic tests.”

FMI: You can read the study in full on the PNAS website. For more information about how to recognize the symptoms of a heart attack, go to the American Heart Association’s website.