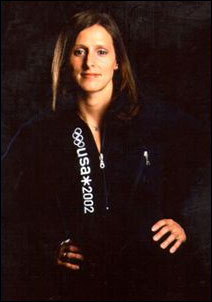 The International Ice Hockey Federation, the worldwide governing body for the sport, will be inducting the first class of women into its Hall of Fame in May. Two of the three inductees are Canadians, but one is an American — two-time Olympian Cammi Granato, who starred on the 1998 U.S. team that won gold in the first Olympic women’s tournament.

Granato’s selection is intriguing because neither she nor any other American women are yet enshrined in the U.S. Hockey Hall of Fame in Eveleth, Minn. The larger and better-known Hockey Hall of Fame in Toronto remains all-male, too. Eighteen years after the first sanctioned women’s world championship, what are they waiting for?

Here’s how easy this is: Go to the Hall’s website, download a nomination form, fill it out and send it in. The guidelines say you can nominate a player, coach or official who has been retired at least one year and made a “significant contribution” to hockey in the United States. (Sven or Ole from down the street buying 10 Derek Boogaard jerseys at the Wild team store doesn’t count.)

A committee of about a dozen people, which has yet to be appointed, will select the inductees, Fischer said.

Going into this week, the nomination pool included only two women — forward Cindy Curley, a Providence grad and a U.S. international standout in the early 1990s, and Laura Stamm, the longtime power skating instructor for the New York Islanders and other NHL teams. (Full disclosure: My nephew, who just finished his senior season at Cortland State in New York, took lessons from Stamm.)

Fischer expects somebody to nominate the entire ‘98 Olympic team. There is precedent; the U.S. Hall enshrined the 1960 and 1980 men’s Olympic gold medal-winners en masse.

• The late Patty Kazmaier of Princeton, for whom the award for the best player in women’s college hockey is named. (Hobey Baker, the namesake of the men’s award, went in with the U.S. Hall’s inaugural class in 1973.)

• Sue Ring-Jarvi, known as the grandmother of girls’ and women’s hockey in Minnesota. Through the efforts of Ring-Jarvi and others, Minnesota became the first state to recognize girls’ hockey as a varsity sport, in 1994.

• Lauren Apollo, a University of New Hampshire product and a gritty national team defenseman in the late 1980s and early 1990s.

• Karyn Bye, who led the ’98 Olympic team in Nagano with five goals in six games, and tied Granato and two others for the scoring lead with eight points.

Who should go in first?
Opinions vary on who should be first.

Former University of Minnesota coach Laura Halldorson offers a unique perspective. She played at Princeton with Kazmaier, and with Curley and Apollo on the earliest U.S. National teams. She coached against many of the ’98 Olympians, and five of her players later became Olympians themselves, including 2006 U.S. captain Krissy Wendell.

Apollo suggested inducting the 1987 national team that took bronze in the first women’s world championship tournament, an event the IIHF did not sanction until three years later. (Canada entered two teams, which won gold and silver.)

But three-time Olympian Angela Ruggiero, the 2004 Kazmaier Award winner who plays locally for the Minnesota Whitecaps, prefers a more contemporary, well-known first choice, for an intriguing reason — it might help more pioneers get in faster.

Ruggiero felt uncomfortable talking about this, fearing some might think she was disrespecting older players to pump the candidacy of the ’98 team, which she played on. But here’s her reasoning: She fears the selection committee might scatter so many votes among lesser-known pioneers that no single woman would be chosen.

Picking one big name or prominent team everybody knows, Ruggiero said, might ensure election this year. Once in, that woman or women could lobby more effectively for players from the earlier time.

“If it’s the first time a woman is going to get in, everyone knows about Cammi’s mark on the game,” Ruggiero said. “She’s got a lot of support.

“Nothing against Patty Kazmaier or Cindy Curley or Karyn Bye and all the hockey greats — of course they deserve it. But if it’s the first time, the choice is going to have to be overwhelming. If they chose Cammi or the ’98 team, I think it would just help make it a lot easier to show why more women should be in.”

Tell us who the first women inducted should be

Now we’re interested in what you think. Post any thoughts or suggestions in the comments section below.