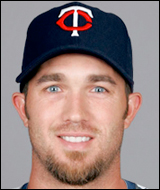 J.J. Hardy, the former Milwaukee Brewers shortstop and the newest Minnesota Twin, sounded like he had been rescued after months at sea.

This morning, the Twins traded the spirited but clueless outfielder Carlos Gomez (hold your applause) for Hardy, whose poor hitting landed him in the minors last Aug. 12 after back-to-back 20-homer seasons. Milwaukee recalled Hardy from Class AAA Nashville on Sept. 1, but long before that Hardy figured he was a goner. Trade rumors started in May, and the Brewers appeared committed to top prospect Alcides Escobar as the shortstop instead of Hardy, who hit a career-worst .229.

“I was happy when (the season) ended,” Hardy said in a noontime conference call. “I don’t want to think about it anymore.”

General manager Bill Smith’s first major move of the off-season cleared up that season-long logjam in the outfield. It makes Denard Span the everyday centerfielder, which he should have been all along, and turns over left field to Delmon Young. And it rids the team of the tantalizing yet immature Gomez, whose base-running blunder in American League Division Series Game 2 was the last and most glaring of the boneheaded mistakes he committed over two seasons.

It also means shortstop Orlando Cabrera, a key stretch acquisition and a steady clubhouse influence, will not be back. Cabrera hit .397 over his season-ending 16-game hitting streak, mainly batting second ahead of Joe Mauer, and took Gomez and Alexi Casilla under his wing. It’s not clear whether Cabrera wanted to stay — he wouldn’t talk about it when I asked him during the playoffs — and Cabrera’s age (he turned 35 on Nov. 2) and diminishing range concerned some Twins officials. Smith said he told Cabrera of the Hardy deal this morning.

The trade makes sense for both teams, and not just because each player hit .229 last year. Milwaukee needed a center fielder since Mike Cameron is a free agent. Brewers bench coach Willie Randolph managed Gomez with the Mets before the Twins acquired him in the Johan Santana trade, so he could speak up for Gomez’s potential. Gomez drove manager Ron Gardenhire — and a lot of Twins fans — crazy, but his speed remains enticing to those who do not see him every day.

“Carlos brings to our club great speed, athleticism and energy at a position that we needed to fill,” Milwaukee general manager Doug Melvin said in a statement released by the Brewers. “His defense will serve as a key component to us improving our pitching.” Notice what Melvin did not mention: Gomez’s putrid .292 career on-base percentage, or his maddening tendency to swing for the fences in situations when he should have been going for singles.

The last month of the season, I had a long conversation about Gomez with a former major league All-Star who has never worked for the Twins but sees them occasionally. Told of Gomez’s inability to grasp what Twins coaches taught him, he shook his head. Baseball people often think players as young at Gomez, who is 23, will eventually grow up, figure things out and become productive players. Good luck with Gomez. I used to attribute Gomez’s lack of baseball savvy to poor coaching in the Mets minor-league system. Now, it’s clear that most of the fault lies with Gomez himself.

Now, Hardy has faults, too. He isn’t a great defensive shortstop, and Gardenhire can be tough on shortstops; don’t be surprised if Hardy eventually moves to third base. But those 19 days Hardy spent in the minors left him one major-league service day short of qualifying for free agency after next season. That increased his trade value. So the Twins own him through 2011, though he’s eligible for arbitration. (Hardy thought about filing a grievance but said Friday he probably won’t.)

Can Hardy, if he returns to form, hit second? Maybe. He batted .210 in that spot last year, though his three-year totals look better: .273 with a .324 on-base percentage and 43 home runs. Hardy said he hit second in front of Mauer on several U.S. national teams as a teenager.

That still leaves holes at third base and second base. Smith said he will still pursue upgrades at both positions but feels he can still cull two starters and two backups from among Nick Punto, Brendan Harris, Alexi Casilla and Matt Tolbert. (Yeah, I cringed at that, too.)

Smith said he already knows what his payroll budget will be next year, a number he declined to share. Smith offered no hint on whether he’ll pick up Michael Cuddyer’s $10.5 million option for 2011 (he has to decide by Monday) or whether any contract talks are scheduled with Joe Mauer’s agent, Ron Shapiro. Mauer, of course, can be a free agent after next season.

By the way: The Twins have asked Mauer to be in the Twin Cities on Nov. 23, the day the American League Most Valuable Player Award will be announced, so he can be available for a Metrodome press conference if he wins. This isn’t based on inside information. Jack O’Connell, the secretary-treasurer of the Baseball Writers Association of America, generally informs the winner about an hour before his name is released to the media.