Twenty-nine years after she was born in a Hmong refugee camp in Thailand, Kao Kalia Yang speaks and writes with a lyrical eloquence in her second language that most people never develop in their first.

It took me 10 minutes to compose that sentence, and about six seconds for Yang to say this: “My daddy said words are meaningless unless they touch the human heart.”

I don’t remember the last time I felt this intimidated.

Yang’s first book, “The Latehomecomer: A Hmong Family Memoir,” published by Coffee House Press, won a Minnesota Book Award last year for memoir/creative non-fiction, and was also voted the Readers Choice Award as the favorite among the 32 finalists.

Yang ably fulfilled the commitment entrusted to her by the nonprofit Page Education Foundation when she was named a Page Scholar in 1999. The Foundation, founded by former Minnesota Vikings great and current state Supreme Court Justice Alan Page in 1988, provides college grants to high school graduates of color while encouraging them to mentor children. 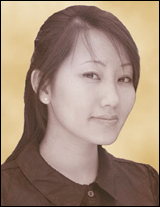 “Alan and I firmly believe every child deserves an opportunity to learn, and we agree that education is the key to unlocking a world of opportunity, especially for youth of color,” said Foundation Board Director Diane Sims Page. “We’ve seen firsthand how education creates heroes — that is, young people who pursue post-secondary education while volunteering to develop future generations through mentoring.

“We’re excited about the ongoing success of the Foundation, and sincerely thank the community for its continued — and increasing — support of our unique organization.”

Saturday night, Yang will attend the Foundation’s annual “Hometown Heroes” gala and fundraiser at Target Field’s Legends Club, beginning at 7 p.m. Tickets are $100 and available through the Foundation website.

The mentoring aspect distinguishes this program. Page Scholars don’t just write an essay, ship letters of recommendation to a selection committee, accept a check and go on their merry way. They have a responsibility to help someone others.

A Page Scholarship allowed Yang, a graduate of Harding High on St. Paul’s East Side, to attend Carleton College in Northfield and earn a bachelor’s degree in American studies. For four years there, she tutored an elementary school-age boy from Mexico, an undocumented alien whose background she found surprisingly similar to hers.

Yang came to the United States as a 6-year-old, along with her parents and older sister, Der. Though Der picked up English quickly, Yang struggled with it until discovering, with the help of a high-school English teacher, a proficiency in writing.

“I saw in him the same story as mine,” she said. “The dreams our parents had for us were one and the same.”

After Carleton, Yang headed for New York City and graduate work at Columbia University, where she earned a master’s in creative non-fiction writing. She will spend the upcoming academic year teaching and writing as an artist-in-residence at the University of Wisconsin in Eau Claire.

At the first gathering of Page Scholars the year she won, Yang said she found encouragement by seeing so many students like her with similar hopes and aspirations.

“It allowed me to dream together with the community, not just alone,” she said. “And that had a lot to do with making me the young woman I am.”