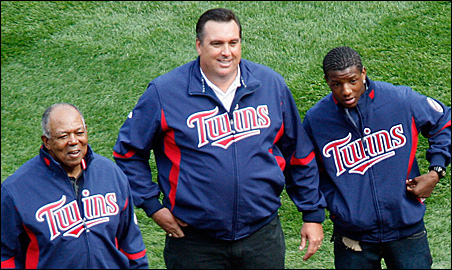 Tony Oliva didn’t get elected to the baseball Hall of Fame Monday, but there was a good reason this time. A good reason within a bad process, anyway.

Oliva wasn’t on the ballot considered this year by the Hall’s Veterans Committee, which has altered its procedures yet again for voting on retired players, managers, executive and umpires. After tweaking the process — some might say changing the rules — in 2001 and 2007, the Hall has divided the pool of candidates into three groups, with a three-year voting cycle that makes those who already have waited the longest wait a little more.

Ron Santo, the Chicago Cubs’ popular third baseman and broadcaster who died last week at age 70, now will be a posthumous inductee, if he’s ever inducted at all.

This time around, it was the “Expansion Era” covering candidates since 1973. (Never mind, apparently, that baseball expanded from 16 to 20 to 24 teams in the 1960s.) Only Pat Gillick, the longtime GM and front-office whiz of the Toronto Blue Jays, Baltimore Orioles, Seattle Mariners and Philadelphia Phillies, was selected by at least 12 of the 16 members of the Veterans Committee. Seventy-five percent of votes cast are required both in this process and in the general balloting by the Baseball Writers Association of America.

Marvin Miller, George Steinbrenner fall short
Pioneer union chief Marvin Miller was the candidate whose nose was pressed against the Cooperstown glass this time, finishing one vote shy with 11. The late George Steinbrenner, former New York Yankees owner who died in July, also missed the cut and will have to wait till 2013. 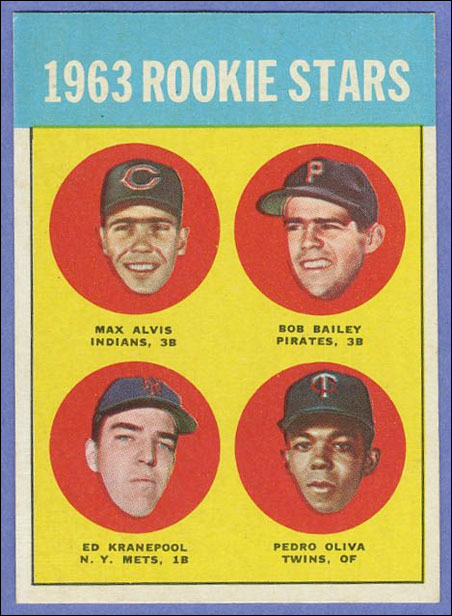 Since then, beyond his work as a hitting instructor and delightful ambassador for the Twins, Oliva has waited. Five years, by rule, to make it onto the BBWAA ballot. Fifteen years during which he got considerable support — as much as 47.3 percent in 1988 — but never close to the 75 percent threshold. Five more years, by rule, before getting considered by the Veterans Committee.

And ever since then, 2001, as that group fiddled with its process and voting body. The former Twins outfielder — an eight-time AL All-Star and a member of the 1965 World Series team — even has been the top vote-getter among the Vets’ choices, though he never received three-quarters of the votes.

One thing Oliva has learned to do well in all this time is shrug. He routinely is approached by Twins and baseball fans who believe his merits have been overlooked, and they usually seem more distraught about it than he is. So it went when I ran into Oliva at a Bloomington health club recently and — being a BBWAA voter who always checked the box next to Oliva’s name — said the Vets need to do him right next time.

Sure enough, Oliva shrugged. He spoke up about others who might deserve Hall recognition, such as Santo, Jim Kaat and Luis Tiant. And then Oliva made a good point that makes his exclusion even more aggravating.

For years, Oliva finished ahead of current HOF members
Did you know that Tony Oliva routinely finished higher in the voting than players who already are enshrined in Cooperstown?

It’s true. Oliva’s 15 years on the writers’ ballot ran from 1982 through 1996. In the 10 years that Pittsburgh second baseman Bill Mazeroski also was on the ballot, Oliva got more votes every time. In the seven years that he shared the ballot with 1967 NL MVP Orlando Cepeda, Oliva finished higher six times.

Wait, there’s more. In the three years near the end of Oliva’s initial candidacy (1994-96) that relief ace Bruce Sutter was on the ballot, the former Twin outpolled him. And in 1995 and 1996, Oliva got more votes than Boston slugger Jim Rice.

You probably already have figured where this is heading: Mazeroski, Cepeda, Sutter and Rice all are certified Hall of Famers. Oliva still is outside looking in. 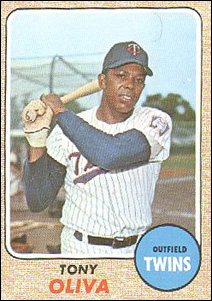 If former Twins get any good news this winter, it probably will have to come from Bert Blyleven, who missed Hall election by five votes last year, finishing with 74.2 percent. Blyleven will be on the writers’ ballot for the 15th and final time this month, with an announcement due Jan. 5. Induction for the Class of 2011 is set for July 24. If Blyleven isn’t there, he’ll be headed toward the same wacky Veterans hopper in which Oliva sits — after an obligatory five-year wait, that is.

Oliva’s wait could get longer still, if the emotions that were tapped by Santo’s death last week surface again when the Vets Committee convenes next year. As talented as the Cubs third baseman was at the plate and in the field — he was a five-time Gold Glove winner, a nine-time NL All-Star and a Hall of Famer on each ballot I cast that bore his name — Santo routinely finished behind Oliva in the writers’ voting. Well behind, in fact, with an average “finish” between 10th and 11th place. Oliva, on average, ranked between sixth and seventh during their 12 years together on the ballot.

Santo has a nation of Cubs fans behind him, as well as his years as a popular color analyst on a megawatt radio station in the city’s third-largest market. He battled heroically against diabetes, the illness that eventually killed him. His great hope of making the Hall of Fame — and his desire to do so in his lifetime — could swing the Veterans committee, a tad late, in his favor in 2011.

Just so everyone knows that Oliva has the same hopes, desires and dreams, without the same post-playing visibility or even sympathy. And he deserves it just as much or more.

Enough with the waiting already. Enough with posthumous inductions or worse, baseball’s on-deck circle. There’s a distinction, I suppose, to being the Greatest Player Not in the Hall of Fame. But it’s not one any of them wants.