Somebody handed the Minnesota Vikings an elixir Sunday to heal the embarrassment of their worst hour in 20 years. It was a day when they fell from first to last in one season and were reduced to a scrabbling role player in Brett Favre’s historic exit from the pro football stage.

What the multitudes back home needed to reverse their flight into misery was hope.

So multitudes, Leslie Frazier appears just a formal announcement away from being the Vikings new and certified head coach. The report was widely circulated Sunday in the midst of a Vikings’ 20-13 loss to the Detroit Lions. It was an event, losing to Detroit, that for the Vikings comes around with the same frequency as Haley’s Comet. Their season had become that chaotic.

The coaching decision, expected to be formalized today or tomorrow by the Viking ownership, rewards Frazier for a sensible and therapeutic performance as the interim coach after a snowstorm wiped out the Metrodome roof, turned the Vikings into orphans and reduced a season of disorder to slapstick. 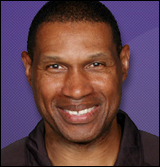 The team’s roster troubles were in plain view against a rising but limited opponent Sunday. Still, none of this interested the pro football millions around the country nearly as much Sunday as the valedictory in Detroit of Brett Favre, a fan idol almost without equal in the history of pro football. From his first years in the early 1990s he had been the compelling face of what became the most popular and richest sport in America, a colossus built in part by the heroics and outsize personalities of players like him.

But none quite equaled his grip on the public. Part of it was the unblushing emotionalism with which he played this game at the highest level, and the genuine fondness he aroused in the men who played with and against him. He was Brett Ball Game, needing only a football and somebody to run 20 yards and curl around the maple tree to make it a perfect day.

Only he did it for huge bucks, including the nearly $30 million he’s hauling away from Zygi Wilf’s coffers for 34 games, less a couple in which he was too banged up to play.

Saluting the crowd
The irony of his last day — although DO NOT wager your vacation in Costa Rica that it will be his last day — put him in sweat clothes and stocking cap on the sideline, removed from the battle. When it was over, he jogged across the field, waving to the Lions, saluting the crowd and then, in the Viking locker room, earnestly thanking each of the Vikings for sharing the two seasons with him. He might have felt that he was dying a little if this truly was the end. With Favre it was always about the game and the guys. Somebody asked him beforehand what there is in his life after football. He seemed befuddled. He really didn’t know about a life after football.

So was all of this real? It was. This is a football lifer at the highest level, where the camaraderie as well as the game — to paraphrase Vince Lombardi — is not the biggest thing. It’s the only thing.

Because it was he indulged himself in all of the come-hither burlesque of his flirtations with the Vikings in summer, partly for money, partly to duck the training but mostly because he really didn’t know his own mind. He was too much a country boy to be totally cynical about how to keep Brett Favre and football together. With the Vikings he had one glorious season, almost unmatched in quarterback play, and then in 2010 he paid the price for gaming the system, coming in late, making himself even more vulnerable to injury.

Frustrated, he began belittling the coach, Brad Childress. He did that not only because he felt contempt for a man who would pursue him so shamelessly to please the boss. He also was convinced he knew a lot more about strategy than a coach who sounded like a high school principal and who could be embarrassed and dumped easily if his pals in the national media trumped up dissension stories. 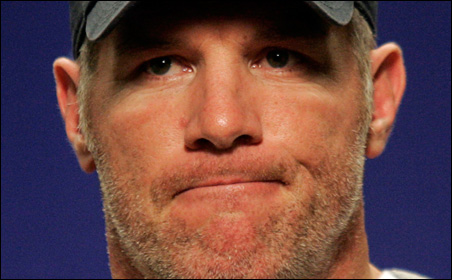 The score sheet on Bret Favre and his comeback that began in anger three years ago now reads: one coach fired after his one year with the New York Jets; another fired in Minnesota after a year and a half with Brett; one magnificent season when he was reasonably healthy and in full command of his skills and nerve; one wasted season for both himself and the team when he was hurt, not in shape, 41 years old and clearly a year past retirement.

The addendum to it is this: The quirky civil war Favre created in Wisconsin when he denounced the Packer management for not hiring him, after he first retired, is now pretty much over. Favre has packed it in probably for the last time, to a deserved public adulation. But the Green Bay Packers and his successor, Aaron Rodgers, are in the playoffs. The Vikings aren’t.

With their victory Sunday, the Lions won their fourth consecutive game for the first time in two DECADES. It was enough to push the Vikings into last place in the NFC North. Both teams finished with a 6-10 record and they split their season series, but the Lions finished ahead in third place with a better record in the division.

Contrast to last week
The Viking loss in Detroit was an unsightly contrast with last week’s Viking victory over Philadelphia that presented young Joe Webb as a likely prospect to compete for the quarterback job being relinquished by Favre. The Vikings will have to look harder, whether in the draft or by trade. Webb is a gifted and intelligent athlete but he’s not ready for fulltime work in the National Football League. He has barely played the position and will need serious grooming. That’s a dicey business in the cutthroat warfare of the NFL.

In Detroit Sunday the Lions led 3-0 and the Vikings then found themselves bedeviled by an old friend, the receiver Nate Burleson, who scored on a seven-yard pass from Shawn Hill. Dave Rayner kicked his second field goal to make it 13-0 for Detroit before the pass-rushing Jared Allen made amends for a subpar season by intercepting Hill and running 36 yards to score.

The Vikings’ Ryan Longwell cut the deficit to three points with a field goal but Maurice Morris scored for the Lions from five yards out to make it 20-10 and Longwell’s field goal late in the game cut it 20-13. But the Vikings’ last-ditch attempts to convert the kickoff into an around-the-horn daisy chain of lateral after lateral broke down when the last guy ran out of breath.

Frazier’s future
Which means that the ball will evidently be in Leslie Frazier’s hands in the 2011 season. It also means he will have to do something to revive the Adrian Peterson ground game, which ran out of credibility early Sunday because the Lions weren’t all that terrified by the Joe Webb passing game.

Frazier’s prospects of stabilizing the team next year are clouded now by the huge uncertainty at quarterback. Add question marks among the defensive backs, and by the advancing age of some of the dependables on the line of the last four or five years — Pat and Kevin Williams and Steve Hutchinson, the status of Sidney Rice, their best receiver who is certain to be coveted by a half dozen teams, and a lot more variables.

There is the added uncertainty over the league’s coming confrontation with the players’ union and the possibility of an actual lockout sometime after the Super Bowl. But Frazier is increasingly a known quantity, a man who would certainly attract contract offers unless signed by the Vikings. He is broadly respected in the league and a skillful communicator who is quickly understood by players without the questionable baggage of being a high-powered personality.

That Brett Favre was. His farewell testament was genuinely moving and his private agendas of the past, including the tawdry business of his alleged phone calls to a Jets’ woman employee in New York, wouldn’t discolor that.

His concussion of two weeks before was troubling. He might actually have played, he said, but at what risk to his future health?

Some would say, he said, it was a shame that he had to go out watching the game as a spectator. “But by the grace of God I got a chance to play this game [of professional football] and play it at a high level. I felt honored [to play]. I hope that people admired the way I played, my passion for it, and I hold no regrets. I can sit here and thank so many people, over and over again, but I’d be remiss if I didn’t thank the Green Bay Packers and the fans. It’s kind of tough to say that and thank the Vikings’ fans at the same time. But it was a wonderful experience, and I wouldn’t change it for anything.”

As a player, he said, he felt honored but there was nothing more for him to do, that he had given everything he could.

Nobody is going to argue.