Courtesy of University of Minnesota
A rendering of the proposed Basketball Development Center. 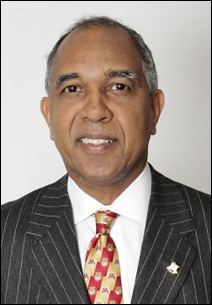 About 30 minutes after the University of Minnesota men’s basketball team finished practice one recent morning, Coach Tubby Smith took a seat in the stands at Williams Arena and made a case for the new practice facility he’s been pining for since he got here in 2007.

“My hope is by next fall or next spring, there’s a hole in the ground somewhere,” Smith said.

Smith’s timeframe is more ambitious than the one espoused by the Golden Gopher Fund, the university’s athletics fund-raising arm, which hopes to break ground for what it calls a “basketball development center” for the men’s and women’s teams in early 2013.

Quietly, the University is much further along with this than anyone imagined. Plans have been drawn and the site picked — a small parking lot on Southeast Fourth Street behind Williams Arena and the Sports Pavilion.

U seeks $15M for basketball development center
The next step is raising $15 million to pay for it. Job No. 1: Finding a lead donor, or donors, willing to get things rolling by pledging $7.5 million to $10 million.

If you’ve got that kind of scratch lying around, especially if you can tell former U All-American Dick Garmaker from Dick Tracy, David Crum wants to talk to you. Crum is the U’s associate athletic director for development, which means he and his staff are charged with finding donors to contribute to capital projects like this through the Golden Gopher Fund.

Our tax dollars pay for a lot of things at the university — including, in part, TCF Bank Stadium. But projects like this and the proposed new U baseball stadium must be financed by private donations, not the university budget. “I don’t know why they couldn’t, but I guess they’re not. Put it that way,” Smith said.

And Smith — who said he and his wife, Donna, contributed $25,000 toward the football stadium — is ready to push ahead. “We’d love to have had [the facility] last year, or two years ago,” Smith said. “With the tough economic times, we’ve all had to tighten our belt. Certainly the university has, and the community has. Now it’s time to be a little more aggressive.”

Crum hasn’t spoken much publicly about the basketball facility, except in a late January story in the Pioneer Press. That’s deliberate, he said, and has nothing to do with interfering with baseball coach John Anderson’s effort to replace close-to-unusable Siebert Field.

New U baseball stadium seeking donors, too
The thinking is, the lead donor is best found without fanfare or a marketing campaign. That’s how the U landed a $2 million pledge from the Pohlad Foundation for the baseball stadium. Once you find a lead donor to foot a big share of the project, Crum said, smaller donors follow.

Anderson said he’s raised $4.5 million and needs $3 million more to break ground on the first phase of the $15 million project. Crum said Anderson is concentrating on a deep pool of former players and major-leaguers. Paul Molitor and Dave Winfield headlined a recent fundraising dinner that reportedly took in $100,000.

For the basketball facility, Crum has been talking to individuals who gave to the university in the past, and businesses with relationships to the U. Crum would not be specific, but chances are if you lease a suite at TCF Bank Stadium, Mariucci or Williams Arenas, and you haven’t heard from him yet, you will. Crum said Smith and athletic director Joel Maturi are engaging potential donors, too. So far, no one with the prerequisite heft has come forward.

Just ask Ohio State. Four years into a campaign to build a $22 million practice facility, the university still hasn’t broken ground. An athletic department official told the Columbus Dispatch last week that they are “very close” to the $11 million needed to begin the first phase of construction. And that’s with a men’s team that was ranked No. 1 for a while, and women’s team that is always good.

Their “quiet period” is apparently done; here’s a copy of the school’s pitch to donors (it’s a PDF that takes awhile to load).

Marquette University’s $31 million Al McGuire Center in 2003 was one of three major construction projects in a wildly successful seven-year campaign that raised $357 million, exceeding its goal by $107 million. The facility includes a 4,000-seat arena for women’s basketball and volleyball as well as athletic department offices and a medical and training center.

Over at Indiana, a $15 million gift from the Cook Group, the largest ever to the school’s athletic department, helped pay for the Hoosiers’ new practice facility. That was part of an $80 million athletics campaign.

Sometimes, you have to get lucky. At Penn State, billionaire Terry Pegula, the new owner of the NHL’s Buffalo Sabres, and his wife, Kim, gave $88 million to build a state-of-the-art, multi-purpose arena at a university looking to elevate men’s and women’s club hockey teams to varsity. When Smith was still at Kentucky, benefactor Joe Craft pledged $6 million toward a $30 million facility that opened in January 2007.

“Even at Kentucky, it took forever, or took awhile,” Smith said. “Unless you have someone in your program like a T. Boone Pickens, or someone like a Joe Craft that we had at Kentucky … That’s what we’re looking for at this point in time.

Crum was at Iowa State when the Cyclones first sought donors for a practice facility in 2004. Then, in 2008, they got lucky. An area contractor donated land about three miles west of the Ames campus and handled the construction, keeping costs down to $8 million. The Sukup Basketball Complex, with matching courts, locker rooms and offices for the men’s and women’s teams, opened in 2009.

Of course, the bigger question is why the U needs a practice facility in the first place, at a time when tuition is rising, more university-wide budget cuts may be coming, and the athletic department is already on the hook for fired football coach Tim Brewster’s $775,000 buyout.

Rightly or wrongly, the cost of doing business in Division I revenue sports keeps rising. Take football. Gophers football coach Jerry Kill’s staff includes 12 assistant coaches, two of whom are responsible for quality control, along with directors of football operations, recruiting and player personnel. And that’s at a struggling program.

The unfortunate reality of the college athletics landscape is that entitled recruits demand to be dazzled, whether it’s a plush locker room with leather sofas, a 65-inch television and wireless internet, or a private gym with keypad access open 24/7. I’ve been in a few of these locker rooms, almost all of which are better appointed than my house. Exclusive basketball practice facilities are the latest iPods in that universe.

Smith isn’t demanding all the doodads in the U facility. The main locker room will remain in Williams Arena, linked to the facility by an underground tunnel, and the basketball offices are staying in the Bierman Building. The players use the hockey weight room at Mariucci Arena, and that might not change, either, which would hold down the cost.

“I’ve said all along, we just need courts,” Smith said. “All the fancy stuff really doesn’t matter. We need a place where guys can go, 10 o’clock at night, six o’clock at night. If we practice in the morning, we can’t really come back here.” That, Smith said, is because Williams Arena is often booked for other athletic or university events. For instance, the women’s team was on the court as he spoke, so any of his players that wanted to shoot extra after practice were out of luck.

At no point did Smith threaten to leave if the facility wasn’t built. And he didn’t like the suggestion that the facility was “his,” the tangible evidence of a power coach leveraging his school.

“It’s not for me,” he said. “That’s the first thing you have to understand. It’s for Gopher basketball. I could drop dead tomorrow. What does that matter?

“It doesn’t matter who’s here coaching. They need it. I don’t care who the guy is. That’s a fallacy in itself, you know what I mean? [Women’s coach] Pam Borton may not be here, I may not be here, but what does that matter? It’s for the players, for the program — unless I put my name on it, maybe [as the lead donor]. But I’m not, and I can’t.”