I read “Moneyball” as soon as it came out in 2003, re-read it a few years later, and have looked back at certain key passages since then, but at no point did Michael Lewis’ best-selling book about the Oakland A’s and their general manager Billy Beane strike me as potential movie material. In fact, my skepticism remained even after plans to adapt the book into a film were announced and one of the biggest movie stars in the world, Brad Pitt, signed on to play Beane.

I was wrong. Not only did director Bennett Miller and writers Aaron Sorkin and Steve Zaillian transform a relatively action-starved book about concepts and statistics and innovation into a compelling narrative, they brought characters both real and imagined to life on screen as charming, smart, funny and flawed. And they created a movie that mainstream audiences wanted to see, as “Moneyball” grossed $20.6 million on opening weekend and has a 94 percent “fresh” rating on movie review website Rotten Tomatoes.

“Moneyball” the book was about the rise of statistical analysis in baseball and one team’s attempt to overcome their significant financial disadvantage by embracing the approach that legendary baseball writer and Society for American Baseball Research (SABR) member Bill James long ago coined “sabermetrics,” with Beane’s story serving as a through-line. “Moneyball” the movie is more a character study of Beane — including his brief and forgettable stint with the Twins — wrapped around a beginner’s guide to sabermetrics, all told through the story of the A’s 2003 season.

One of the loudest criticisms of “Moneyball” as a book and as a movie is that Beane and the A’s “never won anything,” but that misses the mark on two different levels. Oakland has never advanced to the World Series under Beane, but the A’s had a winning record in eight straight seasons from 1999-2006, including four consecutive trips to the playoffs and five postseason appearances in the span of seven years. And they did it all despite consistently having one of the lowest payrolls in baseball.

Other sports films
They’ve never won a World Series, but as “Major League,” “Bull Durham,” “The Bad News Bears” and many other beloved movies have shown, the number of championships won by the heroes does not determine the quality and worthiness of a sports film. Beyond that, “Moneyball” is about the process more than the outcome and about team-building more than banner-raising.

Or as Beane says in the book: “My job is to get us to the playoffs. Everything after that is f-ing luck.”

When it comes to that team-building, perhaps the most common misconception is that “Moneyball” is about filling a lineup with plodding sluggers who draw lots of walks and play little defense. During the time portrayed in the book, the A’s were indeed targeting those types of players, but that was simply a function of their perceiving those specific skill sets as being undervalued within the overall scheme of Major League Baseball.

For most of baseball history hitters have been evaluated based on batting average, home runs and runs batted in. It’s such a common trio of measures that seeing .310-25-105 is part of the language of baseball. Statistical analysis found that AVG-HR-RBI failed to tell an accurate story of what makes a lineup successful because it overlooked walks and getting on base and working long counts and avoiding outs. In other words, traditional baseball numbers focused on the outcome rather than the process. 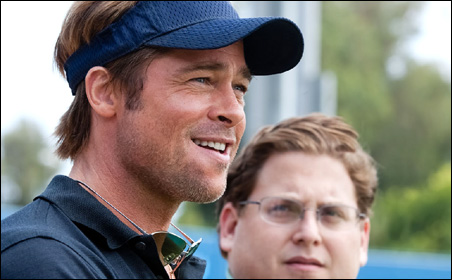 “Moneyball” is about finding value where other teams don’t see it and at the time getting on base was an undervalued skill. That is no longer the case, as front offices across baseball have embraced statistical analysis and the concepts employed by Beane and the A’s ceased being unique. And when small-payroll and big-payroll teams alike increased their focus on acquiring players with excellent on-base skills, the penny-pinching A’s could no longer compete for those skills on the open market.

That forced Beane and company to shift their focus to identifying and targeting different undervalued skills, which they haven’t done nearly as well. Oakland was ahead of the statistical analysis curve and used that to dramatically outperform their payroll for the better part of a decade, but once teams with far more money to spend started getting equally adept at using sabermetric ideas to build teams the A’s advantage dried up in a hurry.

And once Oakland’s homegrown stars like Barry Zito, Tim Hudson, Miguel Tejada, Jason Giambi and Mark Mulder departed for bigger money, Beane struggled to replace them with elite-level talent, making his ability to fill the margins of the roster with undervalued role players much less impactful. In many ways “Moneyball” is about the advantages and challenges of innovation and bucking convention wisdom, and the post-“Moneyball” decline of the A’s is about the difficultly innovators face in remaining ahead of the curve.

Back to the ’40s
Much of the analysis and many of the concepts that are now associated with modern-day sabermetrics actually date back to the 1940s and 1950s, when Hall of Fame Dodgers general manager Branch Rickey hired Allan Roth as a full-time statistician and wrote an article in LIFE magazine entitled “Goodbye To Some Old Baseball Ideas” that extolled the virtues of on-base percentage and introduced a metric called “batting rating” that was a precursor to the now widely used OPS (on-base percentage plus slugging percentage). 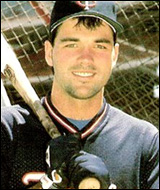 Rickey was Beane well before there was a Beane and had far more success than Beane ever will, but Oakland during the “Moneyball” days embraced statistical analysis more thoroughly and publicly than any team before them and ultimately led to the rapid expansion of sabermetrics throughout baseball. Now nearly every MLB team has a statistical analysis department — yes, even the Twins — and sabermetrics is light years ahead of where it was in 2003, tackling more complex issues and going mainstream.

“Moneyball” succeeds as a movie because of strong acting, likeable characters, witty dialogue and a surprising amount of humor, and buried within that — somewhere between the text on the page and the voices on the big screen — is the story of innovators and how, as Beane is told at one point in the movie, the first one through the wall always gets bloody. And if nothing else Hollywood’s interpretation of the Twins’ only postseason series win since 1991 — including a laughably skinny actor portraying Eddie Guardado — makes “Moneyball” worth seeing for Minnesotans.

The meaning of ‘Moneyball’