Most of you undoubtedly know the adage of faith that says when one door closes, another one opens.

Bet you haven’t heard the corollary to that: Sometimes, if you stand in front of a closed door long enough, it pops open on its own.

That’s how Matt Bollant, of Winona, Minn., became the head women’s basketball coach at the University of Wisconsin-Green Bay, which the last two seasons compiled the best record of any Division 1 team in the country. And the team did it without someone 6-foot-8 jumping center for them. (More on that later.)

The 30-1 Phoenix won the Horizon League Tournament to earn a fourth consecutive NCAA Tournament berth; they face Iowa State in the first round Saturday in Ames, Iowa. That makes the 41-year-old Bollant one of the up-and-coming coaches in women’s basketball.

All because of a door that re-opened, thanks to another Minnesotan who has done pretty well for himself, too.

In 2007, Bollant had just finished his fifth season at Bryan College, a tiny Christian liberal arts institution in Dayton, Tenn. The school is named for William Jennings Bryan, the famed orator who came to Dayton in 1925 to work for the prosecution at the Scopes monkey trail and died there five days after the trial concluded.

Bryan’s Christian emphasis appealed to Bollant, the son of longtime Winona public works director Robert Bollant, who played basketball and tennis at Winona High. He focused on coaching after spending a few months in the Philippines with his brother Peter, a missionary.

Peter and his wife, Gwen, founded the Living Stones orphanage in Davao City, on the island of Mindanao. Bollant, an accounting major, took a semester off after graduating from Rochester Community College, and Peter invited him out because a local academy’s varsity and junior varsity basketball teams needed a coach.

“I knew I wanted to coach, but wasn’t sure if I wanted to teach and wasn’t sure I wanted to be an accountant,” Bollant said. The teams practiced on an uneven dirt outdoor court with bent rims, though it played games in a real gym.

“We had two balls, and I’m not sure they were even round,” Bollant said.

“When they first got their uniforms, those kids were breaking into tears because they had a high school uniform to wear. We had just a great journey with them. So I knew I wanted to coach, so I came back and switched (majors) to education so I could teach and coach.”

Bollant re-enrolled at Winona State, where he started before transferring to Rochester, and graduated in 1994. He landed a high school head coaching job right away in Tigerton, Wis., staying three years. He spent the next five seasons as a Division 1 assistant at Evansville and Indiana before moving to Bryan, where Bollant’s teams went 134-38 and made four consecutive NAIA national tournaments.

Then the Green Bay job opened up. Bollant had an in because he worked at Indiana for Kathi Bennett, daughter of Dick Bennett, the beloved former men’s coach in Green Bay. But the school hired Aaron Johnston, the successful head coach at South Dakota State.

That’s when something crazy happened.

Johnston had second thoughts as he boarded a flight to Green Bay for his introductory press conference. During a layover right here at Minneapolis-St. Paul International Airport, Johnston called athletics director Ken Bothof to say he changed his mind.

“That was a challenging day for me,” Bothof said. “Certainly he had some reservations, which I didn’t sense during the process.”

Said Bollant: “I’m a person of faith. At first I said, ‘Well, I guess it isn’t God’s will. Then a friend calls me and said, ‘Get online. Aaron turned it down.’ Then I thought, maybe it is.

“I got my opportunity and took advantage of it. It didn’t matter to me if I was first or second choice.”

Funny thing: Since his about-face, Johnston – a Pine Island, Minn., native and Gustavus Adolphus graduate – coached SDS to one Women’s NIT and four consecutive NCAA Tournament bids, as well as the last four Summit League tournament championships. The Jackrabbits, with seven Minnesotans on the roster, face Purdue in the NCAA first round Saturday in West Lafayette, Ind.

And Bollant, who took over an established program with multiple NCAA Tournament appearances, has been even more successful, going 147-18 in five seasons and 85-5 in Horizon League play. Green Bay’s 14 consecutive league regular-season titles is the longest such streak in the nation. Over the last two seasons, only Baylor, with the 6-foot-8 Britney Griner, has won more often than the Phoenix (64-3). Last season Green Bay reached the Sweet Sixteen for the first time before Baylor eliminated them. 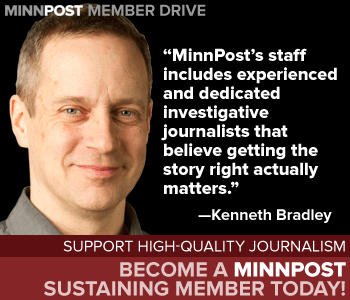 “Sometimes things turn out for a reason,” Bothof said. “I don’t know why, but it’s turned out great for us. It’s been wonderful.”

That makes Bollant a hot commodity. Wisconsin considered him last year before hiring Bobbie Kelsey. Already, Bollant has been linked to vacancies at Illinois and Indiana. He said Tuesday that neither has contacted him.

“Any time a Big Ten job opens up, my name is going to be a part of it,” Bollant said in a telephone interview from Green Bay.

Bothof concedes he can’t match salary if a big school throws a truckload of money at Bollant.

The USA Today women’s basketball database indicates Bollant earned $112,502 last season, making him one of the lowest-paid coaches in the NCAA Tournament. Last July, Bollant agreed to a contract extension through 2016 with a salary bump to $150,000, according to the Green Bay Press-Gazette. But that’s still comparatively light. Lisa Stone, whom Wisconsin fired, reportedly made about $281,000.

With 10 recruits committed to Green Bay over the next two years, Bollant must be careful what he says. He and his family love Green Bay. He’s got a tournament game to coach Saturday in a hostile environment. Money doesn’t drive him.  But if the victories keep coming, he may face a complicated decision very soon.