Carrying a grudge is so much fun. It’s easy to do, easy to justify (except to loved ones who tire of hearing about it) and especially satisfying when the object of your grudge suffers an indignity.  The more embarrassing, the better. 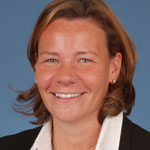 But that’s not how Reagan Carey operates.

She is the women’s program director for USA Hockey, the national governing body that oversees the national team. Carey, instead, used a decades-old slight for leverage to coax an old acquaintance out of retirement.

That’s how ex-Minnesota coach Laura Halldorson ended up behind the Team USA bench as an assistant for world championships in Burlington, Vt., that begin Saturday.

“She guilted me into it,” Halldorson said. 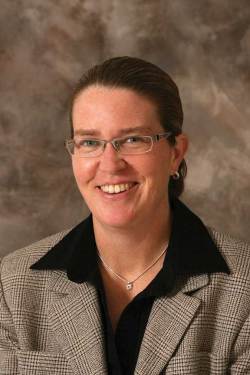 In 1996, Halldorson coached at Colby College in Waterville, Maine. She recruited Carey and Carey’s best friend, Courtney Kennedy, to play for the Mules. But before Carey played a game for Colby, Halldorson left to take over the startup program at Minnesota.

A dream development for Halldorson, a Wayzata product, turned traumatic for Carey when Courtney and sister Shannon Kennedy transferred to Minnesota after the 1997-98 season.

“I was an orphan for a little bit,” Carey said playfully in a telephone interview from the national team’s training camp in Lake Placid, N.Y.

So why didn’t Carey go with them?

“I had 90 percent less skill than Shannon and Courtney did,” she said. “And I was pretty set up there. I found a good spot for myself.”

While Carey remained at Colby, serving as team captain for two years before graduating in 2001, Courtney Kennedy helped Halldorson win the first of her three national titles in 2000. Halldorson coached through 2007, winning two more NCAA championships and finishing with 337 victories, a Division 1 record since broken by Katey Stone of Harvard.

As one might imagine, Carey and Halldorson never kept in touch.

After Carey’s graduation, she joined the NHL’s Atlanta Thrashers in their marketing department, working her way up from trainee to director of fan development.  She rose to a senior marketing position with Atlanta Spirit, the company that owns the Thrashers and the NBA Hawks, before joining USA Hockey in August 2010.

By then, Halldorson had long forgotten about her. “When she got named to the job, I remember thinking, why does that name sound familiar?” Halldorson said. “Because I didn’t coach her, I didn’t put two and two together.”

Carey, however, still carried the scars. In March 2011, Halldorson delivered the keynote speech at the annual Patty Kazmaier Award dinner in Erie, Pa., which honors the women’s hockey player of the year.

Halldorson was an appropriate choice since she and Kazmaier, who died in 1990 of a rare blood disease, were teammates at Princeton. Carey and Halldorson sat at the same table, and a mischievous Carey took the occasion to remind Halldorson of their shared history.

“You recruited me, and you left,” Carey said. “Thanks a lot.”

Thus began Carey’s attempt to recruit Halldorson for USA Hockey, laying on the guilt like barbecue sauce.  Her two-pronged attack: You owe me. And you owe your country. “It was a shameless campaign for a while,” Carey said.

Because Carey promised the national team’s players the best of everything – coaches, staff, facilities, equipment, whatever — in an all-out push to win the Olympic gold medal that eluded the U.S. through the last three Olympiads. Halldorson, even after 4-1/2 years away, remains a respected figure in USA Hockey circles.

At first, Carey asked Halldorson to help out at Team USA’s winter training camp in Blaine between Christmas and New Year’s. Halldorson quit coaching because the stress and time commitment wore her out, and she wanted to spend more time with her aging grandmother (who has since passed away) and 10 nieces and nephews.  A fundraiser with the university’s Golden Gopher Fund since her retirement, Halldorson never sought another coaching job and instinctively still-armed Carey’s invitation.

A change of heart

Eventually, Halldorson’s resolve softened. She knew Stone, the head coach, along with fellow assistants Brad Frost (who succeeded her as women’s head coach) and Robb Stauber from the U. Blaine is 12 miles from her house. And if she hated it, she still had a job at the U.

“I thought, this might be fun,” she said. “Katie Stone said, ‘You can at least still pass, can’t you?’ My goal was just not to fall down.”

Instead, to her surprise, Halldorson enjoyed it, though it meant ditching her old wooden stick for a modern composite model.

Then, on the last day, Carey and Stone asked her to join the world championship team staff. “My jaw dropped,” Halldorson said. “That was the last thing I expected.” After consulting with her bosses at Minnesota, Halldorson accepted.

“I don’t think I would have said yes to the Worlds if I hadn’t gone to that camp,” she said.

Halldorson’s involvement also puts her under consideration for the 2014 Olympic staff, a topic no one will address. “We’ll figure out what’s best for the players,” Carey said. “We’re rotating a lot of people.”

USA Hockey hasn’t had a permanent women’s head coach since Ben Smith stepped down after the 2006 Olympics. Mark Johnson took a leave of absence from Wisconsin to coach the 2010 team. Stone, who also coached the Worlds team last year, appears the clubhouse leader for the Sochi Olympics. The U.S. has never had a woman head coach at the Games — and frankly, it’s about time.

If Stone gets it, might Carey guilt Halldorson into one more coaching turn? Carey won’t say, and Halldorson refuses to entertain it. “I’m not even going to think about that yet,” she said. “I’m still very surprised that I’m doing this.”