Up the third-base side ramp from the main gate at Midway Stadium, St. Paul Saints President Mike Veeck grinned as he watched early-arriving tailgaters fire up grills and plop into chairs in the parking lot. Nothing makes Veeck’s day like watching people enjoying themselves, and from that perch, Veeck — in a white Saints golf shirt and sunglasses — saw smiles everywhere he turned. 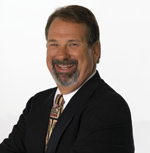 “This is my favorite spot,” he said.

The Saints aren’t the impossible ticket they used to be, and pockets of no-shows among season ticket-holders have been the norm for several years, which Veeck attributes to long waits at Midway’s tiny restrooms and main concession stand.

Still, the Saints sold a shade more than 5,000 tickets for this recent Friday night game with the Gary SouthShore Railcats, boosted by a postgame fireworks show. Between innings, fans watched piano races (no priceless Steinways, fortunately) and the usual assortment of goofy gimmicks that typified 20 seasons of Saints baseball. (For the record, MinnPost this season is one of the team’s media sponsors.)

In all but their first season, 1993, the Saints’ average attendance exceeded 5,000 per game. In 14 of 19 seasons, it topped 6,000. That’s remarkable for an independent club with a major-league team eight miles to the west. If the proposed $27 million ballpark in St. Paul’s Lowertown ever gets funded and built, the Saints figure to be solid and solvent for 20 more years and beyond.

If the Saints can succeed within hailing distance of the Twins, why hasn’t another minor-league team taken a crack at the Minnesota market? Moreover, why haven’t the Twins exercised their territorial rights to put one of their affiliates here and bleed the Saints into oblivion?

This isn’t the only market where a minor-league club thrives within two hours driving distance of a major-league franchise. Last year, two of the three top-drawing clubs in the Class A New York-Penn League played in New York City. The Brooklyn Cyclones, a Mets affiliate, averaged 7,002 a game, and the Staten Island Yankees attracted 5,664. The Boston Red Sox clustered three affiliates around them: Class AAA Pawtucket (R.I.), Class AA Portland (Maine) and short-season Class A Lowell (Mass.), which among them averaged more than 18,000 last year.

Given the popularity of town ball and the Northwoods League for collegians, the appetite for more baseball in Minnesota certainly exists.

In fact, two affiliated teams — both in the then-Class AAA American Association — co-existed in the Twin Cities for decades until the Twins arrived from Washington, D.C. in 1961.

For much of their time, the Millers and Saints played in tiny ballparks seven miles apart connected by streetcar lines. Fourteen more teams played at various times in the Northern League until it folded in 1971, according to local baseball historian Stew Thornley.

More recently, a new independent Northern League placed franchises in Duluth and Rochester that didn’t last. An attempt to build a $27 million ballpark in Burnsville for a potential Northern League club in 2008 fizzled.

So, could a Twins farm club be in the Twin Cities’ future?

Twins President Dave St. Peter confirmed that ownership has kicked around the notion of a such a team in the state, most likely in the Class A Midwest League, provided somebody built a suitable facility.  (Neither Wade Stadium in Duluth nor Mayo Field in Rochester meet existing minor-league requirements.) And Veeck himself believes the Saints and an affiliated club could co-exist.

“More baseball is good for everybody,” he said. “All you have to do is pay attention to the architecture — keep it small, keep it manageable.”

But don’t hold your breath. A number of forces — some logistical, some political — make it unlikely.

The Twins hold territorial rights in Hennepin and Ramsey County. Any minor-league team with a major-league affiliation can’t relocate in either county without the Twins’ approval. More likely, St. Peter said the Twins would buy some or all of a club before moving it here.

Minnesota’s isolated northern location, compared with existing minor leagues, offers probably the biggest obstacle. Class AA and A leagues travel by bus. The Class A Midwest League is the closest geographically to Minnesota, with 16 teams spread across seven states – Iowa, Wisconsin, Illinois, Indiana, Michigan, Ohio and Kentucky. The Twins have a working agreement with the MWL’s Beloit (Wis.) Snapper that expires after this season.

In a telephone interview, MWL President George Spelius said the league had no plans to expand, and all but ruled out a future Minnesota-based franchise because of the driving distances involved. By Mapquest, trips from St. Paul range from 275 miles to Grand Chute, Wis., home of the Wisconsin Timber Rattlers, to 809 miles to Bowling Green, Ky. Minor league regulations require an off-day whenever a team travels more than 500 miles, which complicates scheduling.

“We don’t want to expand that far,” Spelius said. “It’s too costly for us.”

That answer didn’t surprise Marv Goldklang, chairman of the Goldklang Group, which owns the Saints and three affiliated teams. Goldklang also serves on the board of directors of the South Atlantic League, which in 2003 allowed a franchise to relocate from Columbus, Ga., to Eastlake, Ohio, a suburb of Cleveland. (It since shifted to the Midwest League.) The SAL currently has one club in Lakewood, N.J.

“The Midwest League, probably more than any other in minor-league baseball, is very sensitive to travel issues,” Goldklang said. He doesn’t see that changing as long as Spelius, who has been on the job since 1987, remains league president.

Even if the MWL changed its tune, the Twins would still need to purchase a franchise unencumbered by a stadium lease. Forget Beloit, which is locally owned and not for sale, even though it finished next-to-last in MWL attendance behind Burlington (Iowa) for seven straight seasons. Spelius was part of the Beloit’s founding group, and the league office is there.

“You have to go buy a team and make sure it’s portable,” said SAL President Eric Krupa.

So what about a Class AA or AAA team? Class AA clubs also travel by bus, and Minnesota is too far afield from all three leagues – Eastern, Southern and Texas. Class AAA teams fly, but Minnesota lacks the 10,000-seat minimum-capacity facility that Class AAA requires. The Lowertown ballpark couldn’t be expanded to that size, Goldklang said.

One more issue: Our unpredictable April weather. Losing six games to cold, snow or rain jeopardizes a team’s chance to turn a profit. In the minors, postponements are usually made up as single-admission doubleheaders with seven-inning games. No split admissions, so there go your gate receipts.

No wonder the Saints continue to wing it alone.

“The bottom line is, you’re probably going to be stuck with us for many years to come,” Goldklang said.

Could Saints’ success lead to another Minnesota minor-league team?