If the Minnesota Timberwolves can return home Friday night and defeat a Cleveland Cavaliers team that has lost 13 of its last 15 games (and is missing its star second-year point guard Kyrie Irving), they will stand at 9-9 more than a fifth of the way through the season.

Even an unlikely pratfall against the Cavs will not dislodge the Wolves from the thick of a crowded Western Conference playoff chase as they await the imminent return of their own star, second-year point guard and catalyst, Ricky Rubio.

Heading into this 2012-13 season, the notion was that if Minnesota could just hang around until first Kevin Love and then Rubio could surmount their significant injuries and rejoin their teammates, the Wolves had a decent shot of nosing into the playoffs for the first time in nine years. The first part of that scenario is now beguilingly close to becoming a mission accomplished.

What should be especially pleasing to Wolves fans is the prospect of seeing a much higher caliber of play from both the hometown team and their opponents in the weeks and months ahead.

Even casual followers are aware that the roster has been both dinged and ravaged by injuries, robbed of wing players Chase Budinger, Brandon Roy and more recently Andrei Kirilenko for multiple games, in addition to the absences of Love and Rubio. Throw in the nagging ailments that have hindered guards Luke Ridnour and J.J. Barea and center Nikola Pekovic and it is not hard to understand the ardor in which fans anticipate a healthy Wolves rotation from both the starting five and the second unit.

But what is less prominent on the radar of the faithful is how much the competition will stiffen against this newly fortified Wolves contingent. Minnesota has played only the 24th toughest schedule thus far among the 30 teams — and that’s before they get Cleveland at home on Friday. After that, however, the opposition is enhanced, and will pose a special challenge for the team’s defense.

The most pleasant surprise of the season thus far — and arguably the biggest factor in the Wolves’ resiliency — has been the team’s defensive efficiency. Looking over the strengths and weaknesses of the personnel on the roster, few believed it would, or could, rank sixth in fewest points allowed per possession this season, just as few imagined the offense would sputter to a 22nd place ranking in offensive efficiency (points scored per possession). As always with defense, this has been a team-wide achievement, and is a legitimate source of pride for players and coaches alike. But the schedule-makers have also enabled their performance.

Fans of college hoops will recognize the strategy coach Rick Adelman has deployed for his short-handed ballclub thus far this season. When your talent is inferior, you stand a better chance of success if you keep the score close by slowing the pace, and then relying on staunch defense and a minimum of mistakes to limit easy buckets and secure the victory.

After playing at the NBA’s fourth-quickest pace a year ago, the Wolves have dropped to 20th in tempo this season. Meanwhile, their defensive efficiency — meaning points allowed per possession, which unlike points allowed per game, isn’t that affected by pace — has improved from 25th to sixth. And while their turnovers continue to be slightly above the NBA average, they are avoiding costly fouls, allowing their opponents the second-fewest free throw attempts in the league thus far this season.

Another way to put it is that the Wolves are not “beating themselves.” In all but one of their first 17 games, the team with the higher shooting percentage won the game — and the exception was the second game of the season, when they committed 24 turnovers and allowed Toronto 26 more shots at the basket.

The rub in this feel-good story is that Minnesota hasn’t played that many potent, high-efficiency offenses, opponents whose talent can overwhelm this conservative style of play. In fact, thanks to the luck of the schedule draw, the Wolves have already played seven of their 17 games against the merely seven teams who are less efficient than they are on offense. Their record in those games is 6-1, with the only blemish being a last-second loss to Charlotte.

By contrast, the Wolves have only played seven games against the 15 teams ranked in the top half in offensive efficiency. And their record in those games is 1-6, with the only triumph coming via that rousing second-half comeback in Brooklyn early in the season, when the team was forced to bump up the pace and scramble for points.

Boring down further: The Wolves have yet to play against any of the three teams who are head-and-shoulders above the rest of the league in offensive efficiency — the Thunder, the Knicks and the Heat. Those eight matchups (four with OKC, two apiece with NY and Miami) are part of a 35-game slate the Wolves will play against the NBA’s 11 most-efficient offenses over their final 65 games this season. Good luck reducing your fouls, slowing your pace, and simply trading buckets against the likes of Kevin Durant, Lebron James, Kobe Bryant, Carmelo Anthony, and James Harden, none of whom have faced Minnesota yet.

But for the Wolves and their fans, of course, it is better to be contemplating that gantlet instead of already having had their season razed by superior opponents when their roster was depleted. With the return of Rubio and Kirilenko and the continued mending and integration of Love, Minnesota can accelerate the tempo with much less trepidation due to what will almost certainly be superior ball-movement and more opportunism on defense. The offensive fireworks and competitive intensity will increase, along with our aesthetic enjoyment of a game that translates athletic talent into beauty better than any other team sport.

To close out, a few bullet-point observations, beginning with a couple of mea culpas.

• I’ve been rough on Luke Ridnour this season and was gently but convincingly upbraided by Jim Petersen earlier this week when I tried to prompt him into sharing my criticism of Luke’s play. (The relevant passage is near the end of this link.) JimPete reminded me that at 32, Ridnour is best-suited to be a role player off the bench who has been forced by injuries in Minnesota’s backcourt to be starter matched up against younger, superior athletes, all while performing with a bad back.

That proper perspective helped me as I watched Luke once again being strained through screens and generally torched by Jason Terry of Boston last night. There were reports of Luke’s aching back more than a month ago in the preseason. Yet he currently leads the Wolves in minutes played. Bottom line, he is making himself look bad for the long-term good of the team. I continue to dislike his play, but it is willfully ignorant of me if I don’t respect it.

• Another, and perhaps short-term, relaxation of my aggravation goes to J.J. Barea, who is trying mightily to curb some of his ball-hogging tendencies. Ben Polk does a typically incisive yet bountiful examination of Barea’s play in the last two or three posts under his byline at A Wolf Among Wolves, to which I would add that I thought Barea’s performance against the Sixers on Tuesday was his finest in a Wolves uniform. 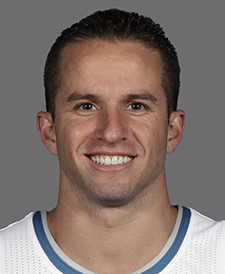 If, as he says, he is still be hampered by the foot he sprained three weeks ago, I suggest someone give it another whack. He is making better, and less reckless, decisions with the basketball regarding both his shot selection and his drive-and-kick game. He has curtailed his maddening habit of incessantly dribbling until double-teams arrive, upon which he tries to dribble through them, at a success rate that is at once miraculously high and still woefully insufficient. Against Philadelphia, as Polk noted, he continually found Derrick Williams in perfect position and rhythm for three-pointers, and he was a sparkplug during a crucial stretch in the second half when the Wolves’ lead was in danger of going below double digits.

Finally, here are some very encouraging numbers: Barea’s usage rate (the percentage of offensive plays in which he is directly involved while on the court) is his lowest in three years, before his postseason heroics during Dallas’ championship season raised his profile and swelled his head. This relative lack of involvement has been due more to fewer shots than fewer assists.

• Another Wolves writer I greatly admire, “Stop-n-Pop” over at Canis Hoopus, recently wrote a piece about Nikola Pekovic titled “What’s Up With Pek” that notes that Minnesota’s massive center has not been scoring as reliably in the low-block as he did a year ago. The numbers are even less egregious on this than the naked eye: It seems like Pek blows easy looks right beneath the hoop on a pretty regular basis, with his performance in the loss to the Clippers a nadir in that regard.

S-n-P and his readers take a crack at figuring out why. Without having read them all, my theory includes a variety of factors. First, Kevin Love first wasn’t around and then has continued to have difficulty making his three-pointers. This deprives Pek of the floor-spacing that frees him up for shots. Second, as Jim Petersen noted the other day, he is coming off both ankle surgery last season and a sprained ankle last month. Third, no Ricky Rubio to feed him.

Even more than an effective Love or a healthy Rubio, however, it seems like big Pek misses Andrei Kirilenko, who is currently waylaid with back spasms. Pek’s poor performance versus the Clips was the first game Kirilenko missed, and Pek hasn’t made even half of his shot attempts in a game since, after finishing fourth in the NBA in field goal percentage last season.

Check out this chart from nba.com, showing how Pek and AK fare when they are on the court together, compared with when one or the other is sitting. With Kirilenko enabling him, Pek averages nearly five more points per 36 minutes played; not because he shoots more but because his shooting percentage jumps from 43 to 51 and his trips to the free throw line more than double, from 3 to 6.2 per 36 minutes. For his part, Kirilenko’s assists per 36 minutes jump from 2.1 without Pek to 3.9 when Pek is with him on the court.

• Finally, during the post-game show after the win in Philadelphia, studio commentator Kevin Lynch received a fan question that asked who would be dropped from the Wolves roster once Rubio was activated. Lynch replied that it would most likely be Josh Howard, which floored me — I always assumed it would be Malcolm Lee. Don’t know if Lynch is plugged in to reliable information or guessing wrong. I’m hoping the latter.