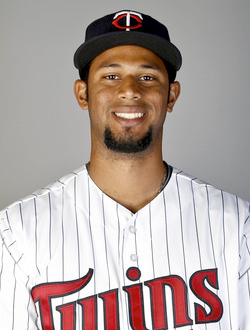 To refill the talent pool, it took losing 99 games and two prominent free agents in 2011 and trading away two good center fielders this offseason, but the water is plenty deep now.

In fact, this is the best collection of prospects the Twins have had in the decade I’ve been writing about them (see my Top 40 rankings below). And they’ve had plenty of top-drawer prospects during that time, from Joe Mauer, Justin Morneau, Jason Kubel, and Michael Cuddyer among hitters to Francisco Liriano and Matt Garza among pitchers.

However, the depth of this current group is unmatched with a pair of consensus top-25 prospects and as many as seven names regularly appearing in top-100 lists.

No other team has a stronger prospect duo than Sano and Buxton, in whom the Twins invested a combined $9.15 million and their first top-10 draft pick since selecting Mauer first overall in 2001. They’re both still teenagers, which means they’re several years from potentially even entering the Twins’ plans and far from sure things to develop into superstars, but in terms of raw upside there aren’t a dozen better prospects in baseball.

Sano and Buxton would each be the No. 1 prospect for most of the other 29 teams, both  Arcia and Hicks would hold the top spot in quite a few organizations, and Meyer, Rosario and Kyle Gibson would probably garner top billing in a few farm systems.

There’s also improved depth behind those front-line guys, thanks to the Twins having six of the top-100 picks in June’s draft and high-upside teenagers Max Kepler and Jorge Polanco taking big steps forward in the low minors. All of which is the good news.

The bad news is that while the overall talent level has skyrocketed in the past 12 months, only a handful of the Twins’ top 20 prospects are close to MLB-ready. Hicks and Gibson figure to play substantial roles this season and Arcia, May, and Joe Benson could as well, but none of Sano, Buxton, Meyer, Rosario, Berrios, Kepler, Polanco, Luke Bard, Travis Harrison, Mason Melotakis, and J.T. Chargois have played above Single-A yet.

Help is definitely on the way, and some of it will begin arriving this season and next season, but the full scope of the farm system’s dramatic improvement probably won’t begin showing itself in Minnesota until 2015 or 2016.

And there are plenty of stumbling blocks for those many low-minors prospects to avoid between now and then, although it’s also worth noting that in three months the Twins will be adding the No. 4 overall pick in the draft to their prospect stockpile. Liam Hendriks, Brian Dozier, Chris Parmelee and Scott Diamond all graduated from last year’s top-40 list by exhausting their prospect status with regular action in the majors, but only Diamond can be considered an established major-leaguer at this point.

Hendriks just turned 24 and would rank in the 8-12 range if he retained prospect status, so he (and to lesser extents Parmelee and Dozier) shouldn’t be forgotten as part of the Twins’ collection of young talent.

My annual series ranking and profiling the Twins’ top prospects concluded last week, so here’s the complete list of 40 players, along with links to each individual write-up: