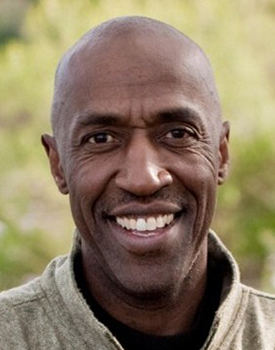 Other than attending public schools in Flint, Mich., and running a nonprofit that helps underprivileged kids, Trent Tucker, the former University of Minnesota basketball standout, has no experience in school or athletic administration.

Until seven years ago, Tucker wasn’t even a college graduate. Tucker completed his undergraduate degree in psychology and communications at the U in May 2006, 24 years after leaving for the National Basketball Association.

Yet here was Tucker, sitting at a table at the Minneapolis Public Schools administration building on the North Side earlier this week, talking education philosophy as the district’s new athletic director.

In a mustard-and-black pullover top and black slacks, Tucker, 53, offered himself as an example of how academics and athletics should intertwine, and what happens if you blow off the academic piece.

The Knicks drafted Tucker sixth overall in 1982, and he left the U after four seasons, a full year shy of finishing his degree. Tucker said he took just enough credits to stay eligible, figuring basketball would take care of his future.

“When you become and NBA player and you play for a long time, you don’t think you need a college degree because everything should be OK and set up for you down the road.”

And it was, for a while. Tucker’s name often comes up in speculation whenever the U needs a head coach or an assistant, sometime warranted, sometimes not. When Mike Petersen left Dan Monson’s basketball staff in 2004 to coach the women’s team at Wake Forest, Tucker sought Peterson’s job.  But the lack of a diploma eliminated him before he could even interview.

“Not to say that he was going to hire me as a replacement, but my name would have been in the conversation,” Tucker said. “But I didn’t have a college degree. I wasn’t qualified even if he wanted to talk to me because I hadn’t finished.”

Instead of sulking, Tucker blamed the person most at fault — himself. Then he did something about it. A year later, he enrolled at the U as full-time student.

“My counselors at that time said, ‘You know you can take your time, you don’t have to rush through this,’ ” Tucker said. “I said, ‘No, I don’t want to take a class here and a class there, because it’s going to take me 10 years to finish. If I’m going to finish, let’s do it now.

“Many people said, ‘Just take classes online.’ I said no. It’s going to be important to me to have my college degree from the University of Minnesota.”

In 1998, five years after retiring from the NBA, Tucker founded a namesake nonprofit (since renamed the All4KidsFoundation) to help underprivileged and at-risk children stay in school and choose productive career paths.

The degree allowed the U to hire Tucker and collaborate on his foundation’s University Scholars Program, which introduces kids in grades six through eight to university and corporate opportunities in the Twin Cities. The program, begun in 2001, produced its first college graduates last spring.

Tucker had been trying to start a charter school when the Minneapolis job opened up with the retirement of John Washington last fall.

“Trent was selected as the next MPS athletic director because of his dedication to the importance of education, his varied experiences, his philanthropic activities on behalf of children and his desire to empower youth through academics, athletics and social skills,” district chief administrative officer Mark Bollinger said in a statement. “His wish to make a positive difference in the lives of youth by stressing the importance of education aligns with the vision of our school district.”

Long-term, Tucker envisions a district where kids stay in their neighborhood schools. That certainly is not the case now.

In 2010-11, the most recent numbers available from the Minneapolis Foundation, about 3,500 students left Minneapolis for other districts via open enrollment. (Total district enrollment was 32,263, according to figures in the 2011-12 budget.)

Al Frost, the former athletic director at Roosevelt High, said Minneapolis lags behind affluent suburban districts in facilities, funding and participation. The 2011-12 district budget of about $517 million allocated $2.752 million for athletics, or five-hundreths of 1 percent. The 2013-14 budget of $517.8 million calls for slightly less, $2.724 million, as the district deals with a $25 million shortfall. Frost said some suburbs spend up to 7 percent on athletics.

“We’re not even close to that in Minneapolis,” Frost said. “I’m not saying we should get 7 percent, but we should be right in the middle.” The $60 student activities fee “doesn’t cover anything anymore,” Frost said, while acknowledging it can’t be raised because many families can’t afford it.

It’s hard to even get kids out for football anymore. Roosevelt canceled its varsity season in 2011, rather than play with 30 or so kids. Last season Roosevelt posted a 39-man roster on Minnesota State High School League website; Prep Bowl Class 5A finalist Wayzata carried 123.

Frost suspects district officials see Tucker as a high-visibility fundraiser and wonders whether Tucker or someone else will handle day-to-day administrative duties.

Tucker declined to specify how he plans to solve the district’s issues. He intends to visit each high school and middle school and talk with A.D.s, coaches, teachers and community leaders before formulating a plan. It all starts, he said, with academics.

“Everyone has to have a vested interest in how we can make this work for the people that we’re trying to help,” Tucker said. “When public schools are doing well, when their programs are strong academically and athletically, it makes the community stronger.

“Now our kids are moving in the right direction. Their future seems brighter, and that means that everyone in the community has played a huge part in making that happen.”