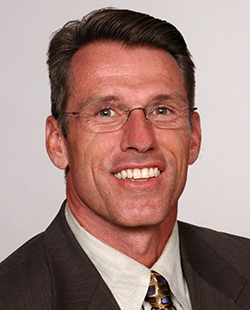 Picture Vikings General Manager Rick Spielman as the legendary Lancelot launching himself in search of a coach who can rescue the team from its present mediocrity to compete against the arrogant knights of the National Football League.

Only this is no video game. Millions of dollars will ride on his recommendations and decisions. Add the atmospherics surrounding the grand opening two years from now of his employers’ new billion-dollar palace in the sky, the future Viking stadium. For which, take a bow, taxpayers.

Incidentally, Spielman also may have to produce a new quarterback.

All this excitement follows in the wake of the Vikings’ end-of-season 14-13 victory over the Detroit Lions, which was meaningless but offered some consolation for a 10-loss season that cost Leslie Frazier his job as head coach. There wasn’t much of a ceremony when it was announced. In pro football, there isn’t time to mourn the casualties.

The list of his possible successors is lengthy but apparently will not include the name of Bill O’Brien, formerly of the New England Patriots and the man who rescued the Penn State football program after the youth molestation scandal. O’Brien is headed for the Houston Texans.

The Vikings appear interested (as do some of their competitors) in two Denver coaching coordinators, Jack Del Rio, once a linebacker with the Vikings, and Adam Gase, who has run the offense, not a bad assignment with Peyton Manning breaking all available passing records. Neither would be available until after the playoff season. Multiple sources also identify Mike Zimmer of the Cincinnati Bengals, on the Vikings’ short list of head coaching possibilities. There will be more.

The Vikings — specifically Spielman at this stage — obviously are in contact with others.

So how do you assess the Vikings’ 5-10-1 season — and its outlook once the spring draft of college players reshapes the roster for next season? And how do you assess all of the assembled misery of the season past?

What you might not have expected was some of the mirthless comedy of it.

No one to this day has explained what the Vikings had in mind when they acquired Josh Freeman in the early season or what they expected from him. Totally unfamiliar with the Viking offense, he played one miserable game in which he overshot some of his receivers by 15 yards. He couldn’t have done worse blindfolded. He also suffered a concussion and then was relegated to the role of a wandering sideline spectator for the rest of the year.

That situation kept the remainder of the season in the hands of the incumbent, Christian Ponder, and his eventual replacement, Matt Cassel. These are the quarterbacks of record, but clearly not all of them are destined for future employment with the Vikings. Ponder’s year was pretty much a washout, blurring his late-season successes of a year ago when he contributed significantly to the Vikings’ playoff berth.

Cassel was easily the most effective quarterback in the late season, and while he is likely to be brought back in 2014 when the Vikings move to the University of Minnesota to play outdoor football again, he is probably not in the Vikings’ sights as the main man next season.

Who else? Spielman has delivered notable winners from the recent draft of college players: Cordarrelle Patterson, Harrison Smith, Matt Kalil, Xavier Rhodes and Blair Walsh. This year’s prospects, particularly at quarterback, are not all that promising unless …

… Unless the highly adored “Johnny Football” Manziel of Texas A&M opts for the draft and, by some stroke of luck, is still available when the Vikings select 8th.

Would you draft Manziel? Swashbuckling and all? Why not? He plays the kind of football increasing in vogue in the NFL, quarterbacks who also offer a running threat.

But the worst part of the Viking game in 2013 was its defense, in part owing to the lack of a stronger pass rush that was once one of its greatest strengths.

The Vikings’ offensive scheme this season was pretty much straightforward. With Adrian Peterson healthy most of the time, why would it not be?

But all of those intensities that have brought him recognition as one of the great running backs of all time also may be threatening his longevity. So, too, might his obsession with being hailed as the best ever. Eventually, he may be that, but he needs also to be sensible about his personal goals driving him to play when those decisions may not be the best for himself or the team.

But the Vikings hardly need to worry about the running game. One way or another, with Peterson playing or not, the Vikings have managed that, with the offensive line usually offering a strong to adequate performance.

Further, the Vikings’ defense was basically abysmal except for Chad Greenway, Brian Robison, Harrison Smith and a few others. Jared Allen, for all of his rollicking achievements sacking quarterbacks in the past, may be ready to move on. If so, the Vikings will want to look to the draft to make themselves presentable on defense.

One of the most highly rated pass rushers of the collegiate season was Stephon Tuitt of Notre Dame, who apparently is opting for the draft despite a remaining year of college eligibility. The Vikings’ recent good luck with Notre Dame players — center John Sullivan, tight end Kyle Rudolph and Harrison Smith — has been impressive. Their defense needs serious shoring up, more so than the offense, which will return with a healthy Peterson, the all-purpose prodigy Patterson and a receiving corps that also includes Rudolph, Pattison, Greg Jennings and the late-blossoming Jarius Wright.

But before you consign the Viking 2013 season to the oblivion it seems to deserve, consider some of the zany entertainment it delivered. In fact, Barry Wilner of the Associated Press cited the Vikings for their role in delivering the best game of the season — as well as the wackiest — on Dec , 8 in the snowstorm in Baltimore when the Vikings and Ravens combined to score five touchdowns in the last 125 seconds. The last one, unhappily, came in the last four seconds for Baltimore.

It was one of those zany games that may have encouraged after-effects. How else do you explain Patterson opening the season-ending game chatting happily with a bleacher fan when somebody from the crowd had to tell him that the Lions had already launched their kickoff and it was coming his way? Naturally, he caught it, and nearly broke another touchdown run. So you will hear a lot from him next season in a half-dozen venues, running back kickoffs, catching passes, throwing passes, running from scrimmage and probably fewer chats with fans. 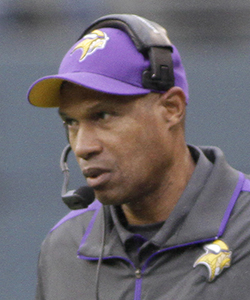 So it was an unpleasant season with unpleasant consequences. But there is time in all of this to offer a word of tribute to coach Frazier. To his respect for the game and for his players, add his genuine concern for their safety and their futures. He took his team into the playoffs a year ago when a man with less self-control might have faltered.

But above all, there was the day when he met privately with Adrian Peterson, who was dealing with a foot injury that, if aggravated, might have had serious effects on his future.  With armies of fans behind him, he wanted to play that Sunday against Philadelphia. In fact, he insisted and campaigned publicly for it. Even though Frazier was facing what eventually would be his dismissal, he told his best player that it was too early for him to play and that it could hurt his future.

Peterson accepted the decision, and the Vikings won. A few weeks later, they fired Frazier, a man of a principle that transcended winning. They may have been justified in dismissing him. But he is a good football man, and an even better human being. He’ll find work, and we can all applaud.

Vikings ‘knight’ Spielman sets forth on a multitask quest