Minnesota Lynx Coach Cheryl Reeve’s tongue must be made of titanium. The coach of the most successful current professional team in the Twin Cities, Reeve frequently reads or hears something dismissive about the Lynx, the WNBA, or women’s athletics in general. Most times Reeve lets it go, because who wants to spend half their day arguing with people?

But on Easter morning, confined to bed rest in her Minneapolis home after complications from back surgery, Reeve read something on Twitter that irritated her so much that she decided to respond.

Reeve follows Keith Leventhal, a statistically minded KARE-11 weekend anchor and cameraman. The Wild’s Game 1 loss to Colorado in their first-round NHL playoff series prompted Leventhal to tweet the dismal postseason records of the Vikings (2-4), Twins (1-12), Wild (4-14 at the time) and Timberwolves (0-0) since 2004, the last time the Wolves made the playoffs.

Several followers asked Leventhal about the Lynx, winners of two WNBA titles in three years with a finals appearance in between. Leventhal responded with their impressive 19-7 record, plus this caveat: “Was just talking big 4 sports. Included Lynx on my next tweet with all-time records.”

“Big 4” means the NFL, NBA, NHL and major-league baseball. Reeve calls Leventhal a friend and an ally who often reports about the Lynx and women’s basketball with respect. But she bristled at the reference, and answered Leventhal with a reasoned, five-tweet manifesto (We’ve capitalized and un-abbreviated for readability):

With the backdrop of a recent Twitter conversation initiated by a media member referring to @minnesotalynx as outside of ‘The Big 4’ sports on the Minnesota sports scene, I feel compelled to share these thoughts in hopes that all members of the Minnesota media will listen and attempt to understand that framing @wnba and womens sports in general in this manner does a great deal of damage.

I want to call on media to be cognizant of the effects of trivializing and marginalizing coverage. With a commitment from our media, we can be leaders in enacting social change … an ideal that Minnesotans pride themselves on.

This week, with Lynx training camp rolling at the Target Center, Reeve eagerly revisited this with MinnPost.

Reeve is still walking stiffly after surgery to remove a benign tumor from her upper spine; staffers brought down a soft leather office chair for her to watch practice.

Reeve can be a smartass — what else would you expect from someone raised with two brothers in southern New Jersey? — so she joked that she wasn’t on Percocet when she reacted to Leventhal. The funny business stopped right there. 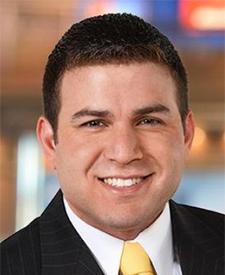 “What I spend a lot of my time doing as a coach of a woman’s sport is biting my tongue, because we hear things almost daily that, intentional or unintentional, is a marginalization statement,” Reeve said. “People haven’t been enlightened. People haven’t learned. And you have a choice as a woman. You can be bitter and fight a battle every day every time you hear something. Or you can challenge yourself to enact change. And the way to do that is, one person at a time.

“It’s not the first time I’ve heard about this Big 4 that didn’t include the WNBA. I just thought we deserve more respect. It’s one thing to say the WNBA isn’t a Big 4. It’s another to say locally, the Minnesota Lynx did not deserve to be included in the professional landscape. And in some of the Twitter exchanges I got back from people, it’s not a local problem; it’s a national problem. It’s a problem for women in this country in all phases of life, not just sport.”

Reeve’s answer resonated with women like Nicole LaVoi, associate director of the University of Minnesota’s Tucker Center for Research on Girls and Woman in Sport. “She’s pretty much nailed this, and I applaud her for using her platform to draw attention to this issue, because it does exist,” she said. “Cheryl is right on the money here.”

If you go by championships and playoff victories, there shouldn’t be an argument.

Besides the old Minneapolis Lakers, who won six titles in various pro basketball leagues between 1948 and 1954, only two other Twin Cities major-league franchises have won championships — the Twins in 1987 and 1991, and the Lynx in 2011 and 2013.

And only the Lynx (20-9, .690) and the Lakers (73-47, .640) won more than half of their postseason games. With all five starters coming back — Seimone Augustus, Maya Moore, Lindsay Whalen, Rebekkah Brunson, and Janel McCarville — the Lynx expect to contend for another championship.

If attendance drives you, the Lynx averaged 9,381 per game last season, down slightly from the club record 9,683 in 2012 but still second-best in the WNBA. And that’s with significantly fewer no-shows than the Timberwolves or the Twins, whose attendance reports could win a National Book Award for fiction. Enthusiastic Lynx crowds inspired the Tucker Center’s recent initiative to document attendance upticks at women’s sports events, called the #HERESPROOF Project.

The Lakers were the only Twin Cities pro team to reach a league final three consecutive years until the Lynx did it last year. Reeve has won as many championships as former Twins manager Tom Kelly, in a shorter period of time — four seasons, compared to Kelly’s five-plus. By those numbers, the Lynx belong at the holiday table with the adults.

“I understand her point,” Leventhal said. “And I get the point she’s trying to make. But I don’t necessarily agree with it at this point in time.

“I’m not saying they won’t be there. The NBA wasn’t always a Big 4 sport. In the 1970s it was on life support, and the WNBA is certainly in better shape than the NBA was then. But I think she’s going to have to consider the whole league.

“In Chicago, New York and D.C., it’s definitely not a Big 4 sport. The L.A. Sparks almost folded in the off-season because they couldn’t find an owner. Could you imagine the Spurs folding, or the Heat folding? They’ve got a great product and great support from the fans here. But they just don’t have the traction yet in Chicago and New York and L.A. that they have here.”

(Unrelated to this, KARE-11 did not renew Leventhal’s contract, which expired last Sunday. By the way, we also checked into the Lynx TV ratings; Fox Sports North refused to provide them and the team said they didn’t have them.)

Leventhal is right about the Twin Cities, where the Lynx receive more attention than most WNBA teams. That’s great, Reeve said, but it’s still not equitable. The Star Tribune and Pioneer Press assign full-time staffers to the Lynx beat who usually only cover home games; stringers or wire service reporters fill in on the road. Both papers staff the Vikings, Twins and Wild home and away. The Pioneer Press, down to a skeleton staff, stopped travelling with the Timberwolves last season, but the Strib still does.

Reeve wishes major media would treat the Lynx like a men’s pro team, with the same detailed analysis and off-season features you see about the Twins or the Vikings. No one is saying the Strib should fly someone to China to watch Maya Moore go off for her winter league team. But there is Skype, email and Twitter. As LaVoi pointed out, if Kevin Love dominated an off-season league in Russia, somebody would be all over it.

“This is one of those instances where you go, ‘C’mon, take that next step,’” Reeve said. “And understand by not taking that step and not including us, it is marginalizing, framing women in a way that keeps us down. I felt that need to get it off my chest.

“All I wanted to do is educate. You can’t stand idly by in those big situations. If you have a voice, use it. I have a voice. I want a young girl to be impacted by it. And I want a young boy to kind of go, yeah, that’s right. From that, if one person changed their mentality, then I felt like it was worth it.”