“It’s a miracle!”  Nelson declared, after learning that Minneapolis had been selected to host the sports world’s biggest annual event. The year was 1989. Nelson was enthusing about Super Bowl XXVI, slated for Minneapolis’s Metrodome in 1992, not Super Bowl LII, scheduled for the new Vikings stadium 2018.

Then as now, Nelson, one of the state’s major power brokers, played a key role in snaring the big game for this winter state with its notorious subzero January temperatures.

As a result of her efforts and those of other influential Vikings boosters in 1989, Minnesota had finally won hosting rights to the NFL’s big game after being rebuffed by the league for several years in a row.

The groundwork for Minneapolis’ successful 1992 bid was laid in 1985 when Mike Lynn, then the Vikings’ general manager, persuaded the NFL team owners to hold the championship game in a northern city every few years.

The policy engineered by Lynn meant that Minneapolis was competing with Seattle, Indianapolis, and Detroit in 1989, instead of with warm-weather vacation spots like Miami and New Orleans.

“Rather than soft-pedal the state’s harsh winter, Nelson and other Minnesota organizers went to the NFL with Will Steger expedition jackets and slides of St. Paul’s Winter Carnival,” noted Star Tribune reporter Kevin Diaz.

“The three other cities tried to convince America they were the least winter-like,” added Dave Mona, a public relations consultant who served on Minnesota’s Super Bowl team.  “We confronted that, showed them pictures of snow, people having fun outside.”

According to Mona, Minnesota’s winter wonderland strategy was based on the premise that, having decided to go north, the NFL ought to “make the decision to go to a city that does winter right.”

More than 10 years earlier, in 1978, a January Super Bowl in Minnesota had become a realistic possibility when plans were finalized for an all-weather Metrodome in downtown Minneapolis.

The new stadium was a pet project of then Gov. Rudy Perpich, who soon became the state’s chief Super Bowl booster.

“At the time, there was only one person who thought it could be done, and it was him (Perpich),” Mike Lynn later noted.

At the 1989 owners’ meeting in New Orleans, it took six ballots for Minneapolis to win the right to host the 1992 game. When the announcement was finally made after the final ballot, “Nelson clapped and shrieked for joy,” Diaz reported. “Perpich punched his wife, Lola, on the shoulder. Football’s jewel event, with an estimated economic impact between $50 million and $100 million, was headed for Minnesota in the dead of winter.” 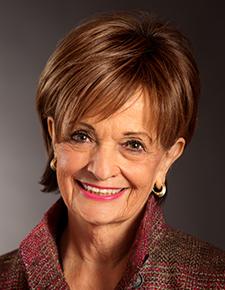 Three years later, by early January 1992, Super Bowl frenzy was in full swing in Minneapolis.  The month began with the news that a local economist had pared back his estimates of the game’s economic impact. In the face of criticisms that his earlier projections were overly optimistic, Wilbur Maki shaved  $10 million off his estimate that the championship game would pump $119 million into the state’s economy.

By the second week of the month, the Star Tribune was reporting that almost every hotel and motel within 100 miles of the stadium was booked for the weekend of the game.  More than a little price gouging was under way. In Indianapolis, according to the paper, a tour group was selling $150 seats on the 20 yard line, plus three nights in a Super 8 Motel in Brooklyn Center for $2,049 per person.

Private owners were also hoping to cash in on the big game. Gene Davidov, a self-employed businessman, was offering his downtown condo for $1,000 a night. “It’s a one-bedroom penthouse, but if there are more than two people they can use a sleeper and the futon,” Davidov said. “I’ve already turned down one offer of $3,000 for three nights. Why should I be hasty? It’s early. Somebody could call and ask for five nights or a week. Price doesn’t seem to bother these people, and besides, it’s worth it.”

Visitors who stayed at Davidov’s condo would be able to walk to the Metrodome on game day. Others, who stayed farther away from the stadium, would have to contend with the closed-off parking lots reserved for an estimated 400 limousines, and the barricades blocking off most of downtown, which was slated to become a huge parking lot for 850 chartered buses.

During the early weeks of January, a minor kerfuffle occurred in City Hall when a City Council committee signaled that it was about to deny or scale back a permit which would permit the Anheuser Busch Company to operate a four-day beer party in tent near Metrodome. With objections being raised by the city’s police and traffic department, the elected officials were not at all enthusiastic about the event, dubbed the “Bud Bowl.”

“I’ll be a hard sell,” said 12th Ward Council Member Dennis Schulstad, who said he was concerned about public drunkenness, traffic and the limits of police resources during the Jan. 26 Super Bowl.

After several days of heated negotiations between city officials and Anheuser Busch, a compromise was reached that allowed the beer company to serve a limit of 3,500 people a day in the party tent, as long as the company agreed to distribute some free tickets to the general public.

Council Member Walt Dziedzic, who supported the license, was pleased with the compromise. “You can’t just say to ordinary people: ‘Go elsewhere,’ ”Dziedzic said. “Why can’t blue-collar people and Joe Sixpacks who helped pay for the Dome go down there?”

As the game day grew closer, some city residents who lived  downtown were not sure the game would do much for their neighborhoods. “I would be surprised if it brings $50 into our area,” said Gary Gardner, president of the Elliot Park Business and Professional Association. “The trickle-down theory means the local neighborhood gets dumped on.”

Gardner said he expected more traffic, litter, noise, and crime. “We will get all the problems and all the cleanup, but none of the glory,” he said.

‘Working the details to death’

By now, city and stadium officials charged with overseeing Super Bowl logistics were getting nervous.

“We are working the details to death,” said Tom Becker, a Minneapolis city planner. “Whether it’s plowing snow, managing traffic, organizing buses or keeping the Metrodome roof inflated, no one wants to fumble.”

“If the roof goes down I’m going to Rio de Janeiro,” quipped Bill Lester, executive director of the Metropolitan Sports Facilities Commission, which operated the Metrodome.

Dave Dobrotka, Minneapolis deputy police chief, told a Super Bowl logistics meeting, “On Monday the 27th, my career will be either in shambles, or it will be soaring.” To be on the safe side,  Dobrotka was committing  350  officers to Super Bowl duty. Another 120 off-duty police, paid by the NFL, would be stationed inside the Dome.

The deputy chief and his officers  knew that ticket scalping would be occurring in and around downtown, but there was not a lot they could do to stop it. After declining slightly in early January, scalpers’ prices began to inch during the days leading up to the game.  By game day, the cheapest available tickets were going for about $550.

On Jan. 26, the day of the big event,  the Washington Redskins battled the Buffalo Bills in the Metrodome. The contest, itself, won by the Redskins, 37 to 24, was something of an anticlimax.  But the game went on without a hitch, the weather cooperated and logistics worked smoothly.

Mike Penner, writing for the Los Angeles Times, reported that Minnesota’s Super Bowl “had one more chance Monday to fall flat on its publicity-conscious face as thousands of fans scrambled to Minneapolis-St. Paul International Airport to go home.

“Organizers had visions of hundreds of buses in gridlock at the airport, rental cars abandoned helter-skelter and frantic people doing O.J. Simpson imitations to catch their flights.

By the Monday after the game, questions were already being asked about whether the Super Bowl had delivered on its economic promises.

The Star Tribune reported that University of Minnesota economist Wilbur Maki still held to his predictions that the event would pump $120 million into the state’s economy.

“But neither Maki nor the Super Bowl XXVI Committee planned to spend the thousands of dollars required for a telephone survey of visitors to learn exactly how long they stayed, how much they spent and where they spent it.” the paper went on to report.

Minnesota State Economist Tom Stinson, for one, was skeptical about the projections.  “My guess is the artists at Solid Gold (a downtown Minneapolis club that features nude dancing) will show no more income with their tips than had the Super Bowl never happened,” Stinson observed.

One comment overheard by a departing football fan after the game probably summed up the views of many out-of- town visitors during that last weekend in January 1982: “We would have preferred Miami, but this wasn’t so bad.”

Looking back at the 1992 Super Bowl, in ‘a city that does winter right’