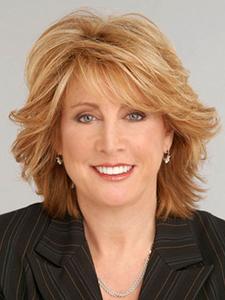 Was this a one-time-only deal by the NBA’s most forward-thinking organization? Or will Hammon be the first of several women to land NBA assistant jobs in the next few years? Nancy Lieberman, the basketball Hall of Famer who played against men in the USBL and coached men in the NBA’s developmental league, hopes it’s the latter.

“It’s no longer, we can’t do this,” said Lieberman, the assistant general manager of the D-League’s Texas Legends, in a telephone interview with MinnPost. “Now it’s, all things are possible.

“I’m not saying the floodgates are going to open, and every team will want a woman. But there are other women who can help.”

Such as? Lieberman makes no secret of her ambition to coach in the NBA. She also mentioned two others: Stephanie Ready, a sideline reporter for Charlotte Bobcats telecasts who was a D-League assistant from 2001-03 and briefly a men’s assistant at Coppin State; and Natalie Nakase, the Los Angeles Clippers assistant video coordinator who served as an assistant with the Clippers’ NBA Summer League team in Las Vegas. The New York Times recently profiled Nakase.

“I say that because she’s someone who coached at every level, her teams are good, she develops players, has a system, and she’s connected with an NBA franchise,” Chatman said.

So what does Reeve think? Going from a successful WNBA head coach to an NBA assistant would be, in her mind, a lateral move. The pioneer aspect intrigues Reeve, but she feels the WNBA best suits her skills and mission.

“I’m torn,” she said. “I have a voice and I champion marginalized groups, particularly women. I like what we’re doing in the WNBA, and I feel a responsibility to keep that thriving. At the same time, blazing a trail for women is important.

“I know that I’m qualified. I know I can coach guys. It’s more timing, location, who am I with, who do I have around me. I wouldn’t do it just to do it.  I don’t aspire to it. I don’t see it as a step up, or the next step in my career. It has to be the right situation.”

Winning two WNBA championships in three seasons, with a finals appearance in between, certainly puts Reeve in the conversation. Entry-level NBA assistants generally scout opponents, break down film and put together game plans, tasks Reeve performed while an assistant to Bill Laimbeer with the then-Detroit Shock.

Plenty of other WNBA coaches and players can do that, too. Reeve and Chatman both mentioned Phoenix head coach Sandy Brondello, the former Australian Olympian, and Seattle assistant Jenny Boucek, the first woman to be an NBA advanced scout when she filled that role for the SuperSonics. Reeve brought up veteran Phoenix assistant Julie Hairgrove, the granddaughter of former University of Arizona men’s coach Lute Olson who also coached at Lute’s camps. And former Lynx center Taj McWilliams-Franklin, now an assistant at Boston University, drew props from Reeve and Lieberman.

Players and coaches throughout the country praised the hiring of Hammon, 37, as one more sign of Spurs Coach Gregg Popovich’s foresight and brilliance. 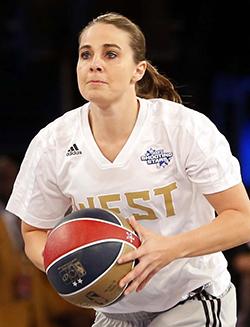 Hammon, born and raised in South Dakota, made herself into a star after entering the league as an undrafted free agent. Popovich and Spurs All-Star guard Tony Parker have known Hammon for years. Chatman coached Hammon in Russia with Spartak Moscow and raved about her basketball smarts and savvy. The Lynx respect Hammon so much they honored her with a pregame video tribute when the Stars were here July 25, just as they did with the retiring Tina Thompson last season.

Popovich’s standing as the longest-serving head coach in American men’s pro sports, plus his five NBA championships, eliminates any notion this is publicity stunt. Several weeks earlier Popovich hired Ettore Messina of Italy, a four-time Euroleague champion and voted one of its 10 all-time best coaches, as an assistant, and perhaps his eventual successor. If so, Messina would be the NBA’s first European-born head coach.

“When Becky was announced, I said it was a great day for men’s athletics,” Reeve said. “Gregg Popovich has such credibility, and people have such a world of respect for him. This is a guy who’s genuine. He wouldn’t do something that wasn’t good for his team. He’s been a master at every move he’s made.

“The first time a woman gets named to a position, we go, well, why? Well, it’s because she’s so-and-so’s aunt who works for this, and we think of all the reasons why — not because they were qualified. In this case, you’re looking at it going, Popovich knows what he’s doing. He’s not a gimmick guy. It’s because Becky Hammon has the credentials to be so. It’s an enlightened view. I think he’s got the right person.”

Reeve hardly felt like a potential trailblazer Thursday night, even though the 24-6 Lynx won their 11th consecutive game. A night loaded with breakdowns and sketchy play ended with the Lynx scoring the game’s final 11 points to pull away. Maya Moore and Lindsay Whalen combined for 18 of the 30 Lynx points in the fourth quarter. “We just crumbled,” Sky guard Allie Quigley said.

That made it back-to-back games where late heroics saved the Lynx. Tuesday night in Indiana, the Lynx won 66-64 on a Seimone Augustus tip-in at the buzzer. Between Tuesday and Thursday, the Lynx shot 1-for-18 on 3-pointers.

“Hey, whatever works this time of year,” Whalen said. “You can’t script it. If you get a win at the end of the season against a team fighting for a playoff spot, that’s a good thing.”

But not exactly encouraging heading into Saturday night, when the Lynx face Western Conference-leading Phoenix (25-4) at US Airways Center. Even after ending the Mercury’s 16-game winning streak last week, the Lynx trail Phoenix by 1 ½ games with four to play in the race for home court advantage throughout the playoffs.

“Regardless of what the game is, every time we play I want to play great,” Reeve said. “If we’re not better in Phoenix, this will become a non-story. They will drill us out there if we’re lackadaisical.”

Would Lynx’s Cheryl Reeve go to the NBA?