The eyes misled. The Lynx starters ran through offense sets for the last 15 minutes of practice on Tuesday, the period open to the media, so one might think that had been the focus of the morning’s work. Hardly. Defense took up the bulk of the two-hour closed portion.

That’s how annoyed Coach Cheryl Reeve felt after last Sunday’s 86-78 loss to Tulsa at the Target Center. Players defended so poorly the last three quarters — letting Skylar Diggins and Riquna Williams drive the lane, leaving 3-point shooters open while guarding post players with shaky perimeter skills — that the Lynx lost despite shooting better than 50 percent from the field. That hadn’t happened since Aug. 20, 2010, a 98-91 loss in Los Angeles during Reeve’s first season, her only losing year as a WNBA head coach.

“Any time we lose a game where we shot 50 percent,” said guard Seimone Augustus, “that means the defense had to be pretty damn bad.”

And that’s not good.

The Lynx had won 49 straight shooting 50 percent once Reeve got their minds right, emphasizing defense and rebounding, the hallmarks of their two WNBA championships and three finals appearances. With defending league champion Phoenix in town on Saturday night, and center Brittney Griner returning after a seven-game suspension, anything less than primo defense means trouble.

Thursday night in Seattle the Lynx again struggled defensively, giving up 32 first quarter points and falling 18 points behind by the second quarter. The defense finally kicked in in the second half, when the Lynx held the Storm to 22 points to win, 76-73.

The 6-2 Lynx already let two winnable games slip away – last Sunday, and June 14 at Phoenix, a 81-66 stunner to a Mercury team without Diana Taurasi (sitting out the season), the suspended Griner, and free agent Penny Taylor. The latter especially stung because the Lynx shot abysmally, missing all nine 3-point attempts while shooting 35.8 percent from the field. Maya Moore, the league MVP whose shooting percentages are way off her career norms, was 5-for-18.

An improved Tulsa makes the Western Conference so much stronger top-to-bottom that Reeve is already considering home court tie-breaker scenarios in the playoffs. Head-to-head is the big one, and the Lynx wasted a chance to grab early edges on the Shock and the Mercury. Reeve blamed herself for focusing too much on offense.

“For me, it’s the recognition I have not been a very good defensive coach for this team to this point,” Reeve said. “As I told the team, I vowed to change that. I take full responsibility for what we didn’t get done.

“There have been some games where we’ve done well. This game, we didn’t get it done. I think our players are thinking too much about their offense, I think you guys (media) are talking too much about our offense. We have to understand where our bread is buttered. That’s when we play great defense.”

Of course, that’s what a coach is supposed to say. For the players, defense means effort with communication. Knowing when to help, when to scramble back, and who to guard near the 3-point line.

“It’s definitely mental, programming our instincts, thinking ahead and responding quickly to scenarios,” Moore said. “You have to have a certain mindset if you want to dictate on defense. Your body is going to follow your mind, so we have to make sure we understand our principles and concepts and how hard we’re going to have to play. 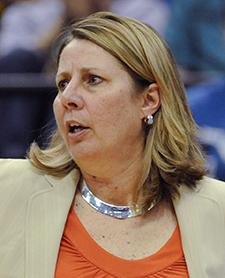 “More so, it’s just being connected. That’s the part we can improve on the most — make sure everyone is connected with each other, and no one is out an island by themselves. If someone needs help, help the helper who’s helping again. That’s the team we want to be. A team is going to have to work really, really hard to score against us. That’s just a mindset, and it’s being connected.”

Moore, Augustus and Lindsay Whalen thrive in transition, and that only happens if the defense hustles for deflections and steals.  That Whalen went back-to-back games last week without an assist, a first for her with the Lynx, reflects the deficiencies at both ends.

Saturday, the Lynx will need defensive presence from veteran Asjha Jones, acquired to guard physical post players like Griner. Jones is still getting in shape and learning Reeve’s defensive schemes after missing training camp with fatigue. In a start last Sunday she contributed four points, two rebounds and three assists in just under 17 minutes.

“Offense is easier for me,” Jones said. “That’s a flow. I set screens, pop out, and I get open. Defensively, just learning their techniques and the way they do things is what I had to adjust to the most.”

The Lynx need everyone’s defensive best Saturday, the second in a run of eight home games out of 12 through the end of July.

“Tulsa is a good team,” Reeve said. “It’s no shame losing to the Tulsa Shock. As I told our captains, it’s not win or lose, it’s how we do it. If we win, I can be just as cranky as I can be after a loss sometimes because of the way we did it. That’s certainly the case.

“I hope they feel the same way that I do. I don’t want to lose a game again, walk out of the Target Center or the arena we play in and go, `We lost because we didn’t play great defense,’ or, `We had mental mistakes on defense.’ I hope it’s another 50 games before we’re talking about this, that we lost a game where we shot 50 percent, because it’s unacceptable.”

The Lynx need to find their D, ASAP