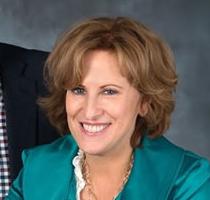 The two women who accused recently resigned University of Minnesota Athletics Director Norwood Teague of making sexually inappropriate advances toward them revealed their identities in a statement to the media today.

Ann Aronson and Erin Dady, both part of college president’s Eric Kaler’s inner circle, said they intended to keep their identities confidential when they filed their complaints, but they became subject of speculation after Teague disclosed that the harassment took place at an event with only a dozen women present.

They asked the public to respect their privacy and declined to do any follow-up interviews with media.

“Sexual harassment is a predatory act,” they wrote of Teague. “Having too much to drink does not excuse it. It’s a problem that continues to plague our institutions and our working lives despite programs and training designed to suppress it. The only way to eliminate it is to call attention to it when you see it or experience it.”

Teague, who became the University’s athletic director in 2012, announced his resignation last Friday, citing he “behaved badly toward nice people.” 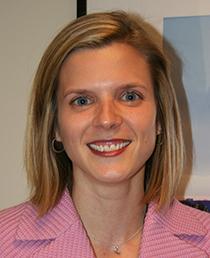 The university later released a redacted complaint showing just how bad Teague’s behavior was; it included a text exchange in which Teague asked one of the women to go skinny dipping with him. She told him to stop, but Teague’s texts only escalated. He said he had a “major CRUSH” on her, and then made lewd references to her body.

Several other allegations against the disgraced Teague have come out since. Earlier this week, the Star Tribune’s Amelia Rayno wrote a personal essay accusing him harassment and sending her inappropriate texts as well.

The two women said they filed complaints against Teague believing there would be others, and they “felt a duty to help protect them.”

Here’s the full statement sent to media this afternoon:

We are the two women who filed the initial complaints of sexual harassment and assault by Norwood Teague at the University of Minnesota. We are members of President Kaler’s senior leadership team, and Teague was a colleague of ours on that team.

We felt compelled to report Teague’s behavior because it was frightening and wrong. We believed there would be others, and we felt a duty to help protect them.

When filing our complaints, we intended to keep our identities confidential. It is difficult to report sexual harassment and assault and endure a public examination that includes speculative news coverage. President Kaler strove to maintain our confidentiality and is taking decisive steps to review and investigate all sexual harassment allegations and the climate in Gopher athletics. He has made it clear that the University of Minnesota will not tolerate sexual harassment. For that we are very grateful.

Unfortunately, Teague has sent an email inside and outside of the U of M community, disclosing that these incidents of unwelcome sexual advances and verbal and physical sexual misconduct occurred at a University of Minnesota senior leadership retreat. With only a dozen women having attended the retreat, our identities have been rumored and speculated about. And some members of the media have sought to discover who we are.

We therefore decided to reveal our identities ourselves, today, in this public statement. We ask you to respect our privacy and the privacy of others who decide to take such action.

Sexual harassment is a predatory act. Having too much to drink does not excuse it. It’s a problem that continues to plague our institutions and our working lives despite programs and training designed to suppress it. The only way to eliminate it is to call attention to it when you see it or experience it.

In sharing our story today, we hope to make it easier for those who experience sexual harassment and assault to come forward. We stand with them.