The NFLPA, the union that represents the league’s players, lodged their legal complaint just a day after Goodell’s decision. Yet the league had already beaten them to the punch. The NFL had filed legal papers in U.S. District Court in Manhattan mere moments after Goodell’s announcement last Tuesday, an unusual legal stratagem that sought to confirm the commissioner’s edict even before it had been challenged.

Brady’s lawyer, Jeffrey Kessler, had claimed the case should be heard in Minneapolis because it was similar to another NFL dispute decided in the Minneapolis court: the suspension of Minnesota Vikings running back Adrian Peterson. But Kyle said that Kessler had made “only a fleeting attempt” to connect the Peterson and Brady cases.

All of which brought up two seemingly perennial questions for those not steeped in the legal minutiae surrounding the country’s richest professional sports enterprise:  Why was the NFLPA so determined to have the case heard in Minneapolis? And why was the NFL so proactive in preempting that option?

A long history of favorable rulings

The connection between Minneapolis and the NFL players union is nearly as longstanding as the players’ union itself. In the early 1970s, the fledging union was about to enter contract talks with the league. Two members of the NFLPA negotiating committee were using the off-season to attend law school at the University of Wisconsin. John Mackey, the Hall of Fame tight end who had recently become the first President of the NFLPA, asked his two colleagues to consult with their law professor and help the union find appropriate legal counsel.

That process led them to Minneapolis and the law firm of Lindquist & Vennum. One of the partners at the firm, Edward Glennon, became the union’s legal point person and strategist. He convinced the NFLPA that they had a better chance in court, challenging the league on antitrust matters, than they did at the bargaining table.

Glennon was soon proven right, when he scored a decisive victory for the union when U.S. District Court Judge Earl Larson overturned the “Rozelle Rule,” which had enabled then-NFL Commissioner Pete Rozelle to award teams players and/or draft picks as compensation for one of their former players signing with a rival club after becoming a free agent.

In making his decision, Larson, based in Minneapolis, determined that the NFL had violated the Sherman Antitrust Act. His decision was a landmark case for the NFLPA, which has historically been one of the weaker unions among the major professional sports in this country.

In retrospect, Larson’s overturning of the Rozelle Rule was a mere prelude to a subsequent series of rulings by U.S. District Court Judge David Doty, who is also based in Minneapolis. Those decisions have prompted the NFL to formally allege bias on Doty’s part, and to negotiate to reduce his influence when the union and the league have hammered out new collective bargaining agreements over the past twenty years.

Doty’s résumé prior to joining the District Court in 1987 hardly recommended him as a union-friendly jurist. A former Marine renowned as a stickler for detail and decorum, Doty spent more than 20 years in private practice mostly representing utilities and other corporations; ironically, taking on unions such as the Teamsters became one of his specialties. On the recommendation of Republican Sen. David Durenberger, he was appointed by Republican President Ronald Reagan.

Just months after his appointment, Doty was randomly assigned the case of Marvin Powell, the NFLPA President who was one of nine players suing for free agency. Doty ruled in Powell’s favor but an appellate court subsequently overturned the ruling on the grounds that individual players couldn’t sue for antitrust violations.

But the primary source of the NFL’s enmity toward Doty began when he presided over a 1992 trial in which the jury ruled for running back Freeman McNeil, finding that the league’s Plan B free agency system violated antitrust laws. When the two sides reached a stalemate on how to proceed, Doty threatened to impose his own conditions for NFL free agency if an agreement couldn’t be reached.

Even after the league and union did negotiate what came to known as the Reggie White settlement in 1993, the court’s power to oversee and interpret the agreement was written into the deal.

Doty, in other words, was not going away. 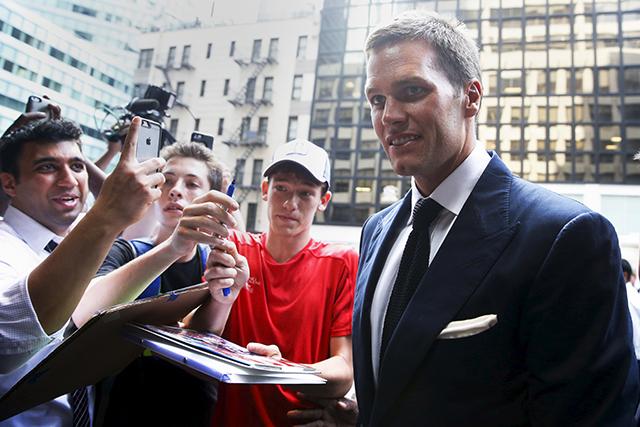 Most significantly, Doty can overturn or affirm rulings made by the special master in charge of the settlement at the league level. There have been occasions when Doty has ruled on the side of the NFL when the special master decisions have been appealed, but his most notorious rulings have favored the union.

In 2008, after Doty overturned a special master’s decision that the NFL was allowed to recoup $20 million in bonuses paid to quarterback Michael Vick after Vick’s guilty plea on dog-fighting charges, the league lambasted the judge in its appeal of the ruling.

They alleged that the appearance of bias Doty had exhibited against the NFL was significant enough to terminate his position of oversight on the Reggie White settlement. Among the evidence they cited were comments Doty made to the media — including former MinnPost reporter Jay Weiner — casting aspersions on past legal positions by the league. The NFL also claimed Doty enjoyed coffee with union members in his chambers.

An appellate court rejected the NFL appeal in November 2009.

Sixteen months later, in March of 2011, Doty handed down perhaps his most financially consequential decision against the NFL. The league and the union were deadlocked in negotiations over a new collective bargaining agreement. The union alleged that the NFL had renegotiated television deals that guaranteed team owners $4 billion in revenue even if they locked out the players in the absence of a new agreement. The special master had ruled that this did not amount to collusion in violation of the Reggie White settlement.

But on March 1, just days before the collective bargaining agreement was to expire, Doty overturned the special master’s decision. In the ruling, he stated that the NFL structured the television deals “to advance its own interests and harm the interests of the players,” and threatened to penalize the league for its action.

Doty is not a rubber stamp for the union position. A year after his ruling over the television revenue, the judge came down on the side of the NFL, arguing that the union could not allege collusion on the part of the Dallas Cowboys and the Washington football team regarding the salary cap because the collective bargaining agreement had expired. That ruling was eventually overturned.

Indeed, it can be argued that Doty isn’t automatically biased so much as the NFL keeps putting itself in legally untenable positions in court. Yes, it is true that Doty overturned the indefinite suspension of Peterson last February. But just three months earlier, a different judge had overturned the suspension of former Ravens running back Ray Rice under similar circumstances.

On the other hand, when Goodell announced that he was upholding the suspension of Tom Brady last week, the NFL wasted no time filing the court papers that kept the case out of Doty’s jurisdiction — just as the union was only slightly less hurried in its attempt to get the matter into Doty’s courtroom. One of the attorneys working on the Brady case for the union is Barbara Behrens, who used to clerk for Doty.

There may yet be a few more chapters in the Doty-NFL saga. Though he was born in 1929, the judge has not indicated he intends to retire anytime soon. But at this late stage in the relationship, Doty’s comment to Jay Weiner about the NFL’s attitude back in 2008 still seems like the most succinctly accurate summation of their legacy: “Even though they complain about it… all they’ve done is make tons of money.”

Why the NFL hates Minneapolis