If you or your children ever tried talking to Goldy Gopher, the buck-toothed University of Minnesota mascot, you know the one thing you can’t have: a conversation.

Goldy may wave, gesture, bump your fist, hug you or tussle your hair, but the Big Rodent isn’t much for small talk, or any talk at all. Like most college and professional team mascots, Goldy never speaks. That’s part of the illusion. Silence is Goldy. And some Goldys take it further, never discussing their time in the costume after they take it off for the last time.

But when a story I wrote about the origin of Goldy’s signature move — spinning his head — appeared in The New York Times, it inadvertently rekindled long-ago tensions between the Gopher marching band and the athletic department, and reopened a Dinkytown mystery worthy of Guy Noir, Private Eye: Who twirled the furry noggin first?

You know the move: Goldy tilts his head slightly forward and turns it, hand-over-hand, one complete revolution. Done only by request, it’s such a popular bit that Gopher alumni chant for it wherever Goldy appears – sports events, pep rallies, personal appearances, you name it. Goldy also spins his tail and body, but the head remains the No. 1 spin request.

In September, I did a piece about Goldy’s spinning head for a weekly Times feature, Campus Corner, which highlights football game-day traditions. No one in Gopher athletics knew how it originated, or when. Two officials suggested I ask Ross Bernstein, the prolific local author and a former hockey Goldy. Bernstein told me in an email he did it first and referred me to his 1992 book, “Gopher Hockey by the Hockey Gopher.” 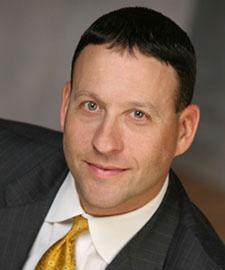 One problem: I couldn’t find anyone to verify this. So when I wrote the story, I couched it: “Bernstein … said he invented the move while serving as Minnesota’s hockey Goldy from 1989 to 1991.” I figured if Bernstein was taking credit for something he hadn’t done, somebody would let me know.

A week later a former U band member tweeted at me, angrily challenging Bernstein’s account and my thoroughness. Over the next few weeks I spoke with two former Goldys predating Bernstein who said they spun the head. One even produced a list of 37 people claiming they witnessed someone do it before Bernstein did.

Some background: From 1952 until 1990, the marching band tabbed one of their own — usually a man — to be Goldy, according to an account in the band’s centennial yearbook. Then the athletic department took over the selection process, citing the need for multiple Goldys because the gig had grown too big for one student. It did not go over well. Some band members still resent then-athletic director Rick Bay for wresting Goldy away.

Bernstein, a walk-on goalie cut by hockey coach Doug Woog, was the first non-band member to be Goldy. That much everyone agrees on. Bernstein’s book irritated those who felt their beloved Goldy should be seen but not heard, yet it appears no one challenged Bernstein’s account until now.

Why? Several told me they felt U officials wouldn’t believe them, or care.

So at my request, band alumni researched and assembled an informal history of Goldy’s head-spinning via their Facebook page. At first, the former Goldys asked not to be identified. They relented when told using their names would give their story more credibility.

One band member remembers Bob Strozinsky, Goldy in 1985, spun the head once at a football game. That winter, it apparently became a thing — accidentally — when Cully Orstad, the hockey and basketball Goldy in 1985-86, botched an on-ice skit during a hockey game. 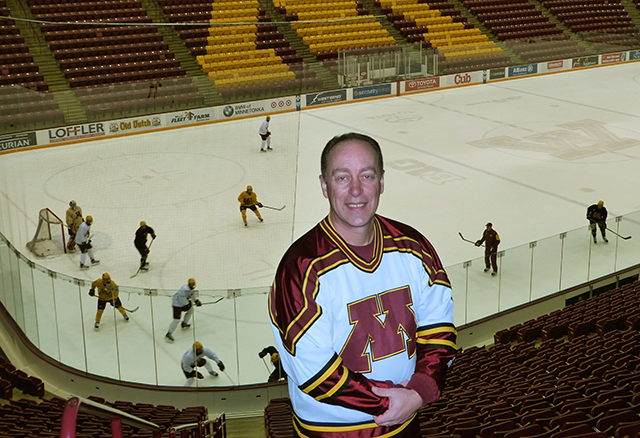 MinnPost photo by Jana Freiband
Cully Orstad, the hockey and basketball Goldy in 1985-86: “I grabbed the head and spun it the rest of the way around. The student section went crazy.”

The way Orstad tells it, Minnesota-Duluth brought a costumed loon on stilts along with its skating cheerleaders. As part of an on-ice gag between the second and third period, Orstad’s Goldy was supposed to slide under the loon and take out his skates. But as Orstad slid, the Gopher head struck the ice and twisted partway around.

“I couldn’t see, my face hurt and I was a little dazed by it,” Orstad said in an email. “I grabbed the head and spun it the rest of the way around. The student section went crazy.

“The next night while I was up in the photographer’s cage near the student section, they started chanting, ‘Spin your head!’ I refused until the 3rd period, and then did it again. The (Gopher head) was too large for my head, but not large enough to easily spin it. I had to get the chin strap out of the way in order to get it to spin all the way around.”

In a later phone interview with MinnPost, Orstad – a 49-year-old software writer living in Minneapolis – said he spun the head four times that season, never more than once per night, and only when the student section yelled for it. “I don’t want credit,” he said. “We just want to set the record straight.”

Craig Schiller, the hockey Goldy immediately before Bernstein in 1988-89, sent word that he spun the head as well. But Orstad credits Kristin Schmalz Lyerly, the football Goldy from 1989-91, for popularizing the move. Lyerly, a Wisconsin native and an OB/GYN in Green Bay, was the second female Goldy and the last from the marching band. 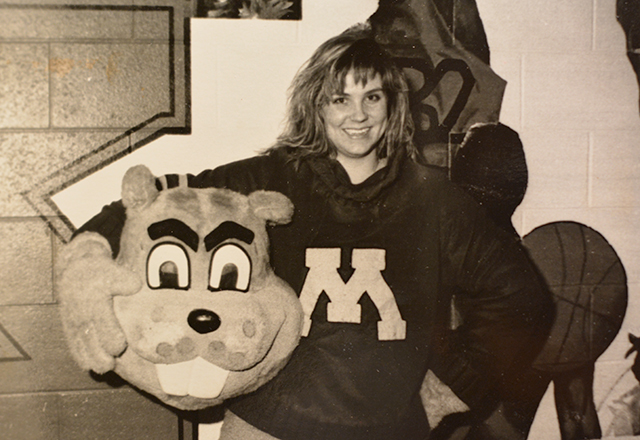 Lyerly told MinnPost she watched Iowa State mascots Cy and Clone spin their heads at a summer mascot camp in 1989 and decided to incorporate the schtick, unaware Stozinsky and Orstad already had. “I thought, this is really cool, maybe I can do that,” Lyerly said. This time it caught on, with the band itself imploring Lyerly to spin her head. This would have been a few months before Bernstein’s first turn as Goldy. 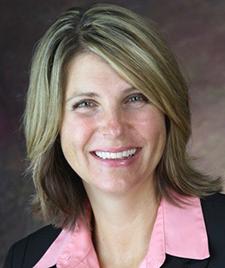 The 1990 Band Annual appears to confirm Lyerly’s story, referring to her in a faux screenplay as “a poor little waif who has little to no musical talent – but spins a mean head.” The 1989-90 Gopher men’s basketball highlight film briefly shows Goldy spinning his head, though it’s not clear who is in the suit or which game it happened at.

So how did Bernstein respond to all this? First, he apologized.

“When I wrote the book, I believed I was first because a lot of people told me I was first,” he said. “I’m sorry for the misunderstanding. I don’t want to lay claim to something I shouldn’t lay claim to. If people did it before me, I’m glad I had the honor to continue the amazing tradition. To all the Goldys before me, cheers, and to all the Goldys after me, cheers. Ski-U-Mah.”

Whoever was first, all the Goldys I spoke with shared remarkable stories of entertaining children, students and alumni. They cherished their time in the Gopher costume.

“People light up when they see Goldy,” Orstad said. “It’s hard to describe the love you feel back from people. It was a great experience. One of my most fond experiences of my youth was being Goldy.” 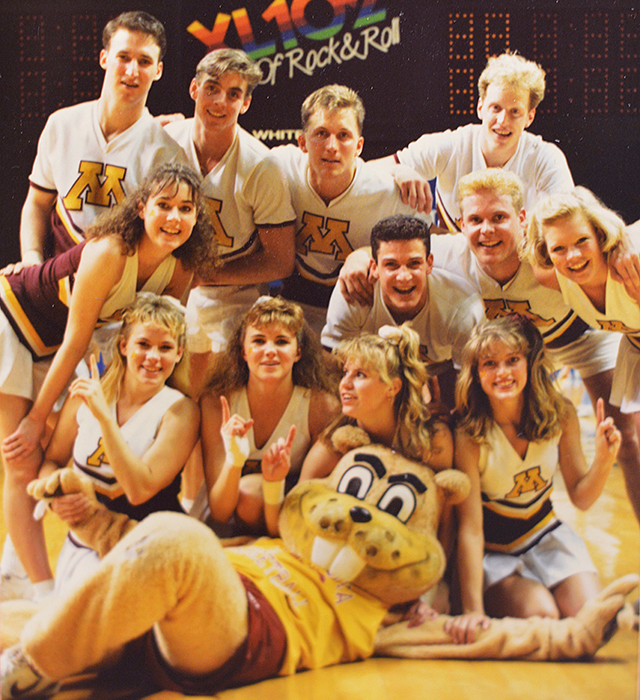 The strange and mysterious origins of Goldy Gopher’s spinning head