There are no good ways to fire someone, and an infinite number of ways to do it badly, as the Minnesota Twins discovered last week.

When Twins owner Jim Pohlad hired Derek Falvey and Thad Levine last year to run the baseball department, he wasn’t tuning over the keys to a Maserati, to borrow an analogy from Renee Montgomery of the Lynx. The Twins were a 1995 Mazda RX-7 — a slick ride in its day, now dated and taking on rust. The cool kids in the neighborhood were driving gleaming SUVs with autopilot and backup cameras, and the Twins needed to keep up.

Falvey and Levine at first said the right things, evaluating departments and department heads, resisting the urge to clean house. Other than letting Assistant General Manager Bill Smith’s contact expire and shifting Scouting Director Deron Johnson to a senior position in the department, they made no drastic changes going into spring training.

You knew they would eventually get around to it, because that’s what new guys do. Now, it’s started.

In the last few months the Twins have parted ways with six amateur scouts; analytics chief Jack Goins; and superscout Wayne Krivsky, a trusted advisor to Terry Ryan who did the legwork on the Joe Nathan trade with the Giants. Farm system boss Brad Steil will shift to director of pro scouting, and Eric Rasmussen is out as minor league pitching coordinator. Given how little pitching the Twins developed the last few years, changes in the minor-league staff were inevitable.

The meaning of (firing) Mientkiewicz

Which brings us to Doug Mientkiewicz and, ultimately, Twins Manager Paul Molitor. Last week the Twins fired Mientkiewicz, the former Twins first baseman and a successful manager in their farm system, in the clumsiest way possible — by phone, while he was clearing debris from Hurricane Irma near his home in Islamorada, Florida, in the upper Florida Keys. I’d like to think Falvey and Levine watch the news and know where their minor-league managers live, but the way this was handled sure didn’t make it seem that way. Awkward. 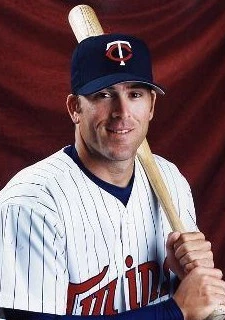 If you remember Mientkiewicz from his playing days — fiery and irascible, with no filter and an occasional lack of self-awareness — you can probably guess how he reacted. Neither Falvey nor Levine would say why they fired a guy whose teams finished first four times in five years, won championships at Class A and AA, and never had a losing season while helping develop more than a dozen current Twins, including Byron Buxton. And though he was given a heads-up that this might be coming, Mientkiewicz felt disrespected.

More than likely, Mientkiewicz is gone not because of anything he did or said, but because Falvey and Levine prefer somebody they know better in that role. That’s all.

In 2015, when Jerry Dipoto took over as general manager in Seattle, he fired manager Lloyd McClendon and executives Ted Simmons, Pete Vukovich and Joe McIlvaine (the former Mets GM and Twins special advisor to Ryan) within the first few weeks. All are good, solid baseball people. McIlvaine didn’t like it, but he understood. Now he works for the Baltimore Orioles.

Every junior executive in baseball accumulates a wish list of people to hire when they finally land the big chair. So do future managers. When I worked in New York, I covered a player who not only aspired to manage, but thought so far ahead he already knew who wanted as his bench coach. (No, it wasn’t Mientkiewicz.) So it’s ridiculous to think Falvey and Levine rolled into town without a short list of managerial candidates. No one that ambitious arrives that unprepared.

The case for Molitor

The question isn’t whether Molitor has done enough to retain the manager job. He has. He kept a team coming off a 103-loss season, with lots of kids and unreliable pitching, solidly in the wild card race deep into September. He may not be the American League Manager of the Year — Houston’s A.J. Hinch appears the frontrunner, with Terry Francona of Cleveland charging hard on the outside — but he’ll get votes, maybe a lot of them. The question is whether Falvey and Levine dare fire Molitor if the Twins make the playoffs.

Curiously, when Falvey was interviewed Sunday morning on WCCO-AM, he praised the organization in general for a job well done without singling out anyone, including the manager. An oversight? Maybe.

It’s worth remembering that Pohlad insisted Falvey and Levine honor the final year of Molitor’s contract. That protection runs out when the season ends. Falvey and Levine put off discussions of Molitor’s future until after the season, which makes sense from management’s side. This way, they could jump if the names atop everyone’s list — Joe Maddon or Francona — inexplicably became available. (Crazy stuff happens. Can’t speak for the Cubs, but Francona is signed through 2020, and the Indians aren’t stupid.)

Yet Molitor seems the kind of baseball man Falvey and Levine should covet, a Hall of Fame player who melds traditional statistics, analytics and scouting with old-fashioned instincts. Some 50-somethings reject the new-age stuff out of hand, but Molitor embraces it, shown by the number of three-ring binders in his office.

“In anything, if you think you know it all or you’re not trying to improve, then it’s probably time to get out,” said first baseman Joe Mauer, who, like Molitor is a St. Paul product. “I think he understands that. He’s done a good job of using information that’s available. Nowadays sometimes there’s a lot more information than you might need, but I think he’s good at deciphering, trying something out, hearing things, and then applying it where you can.”

When Falvey and Levine overreacted to a downturn, dealing closer Brandon Kintzler and just-acquired starter Jaime Garcia at the trade deadline, Molitor avoided the time-honored Twins tradition of ripping the club for shortsightedness. Instead, Molitor — a Bruce Springsteen aficionado — wrote a phrase on clubhouse dry erase board to redirect his players’ emotions: “No retreat, no surrender.” I keep waiting for the T-shirts.

As a player, Molitor was known for picking up a pitcher’s “tells,” little quirks that tip what pitch may be coming. He’s passed that along to his players, notably Brian Dozier, who studies video assiduously looking for such hints. Torii Hunter used to do it, too.

“He’s kind of the main one who made me start doing that a long time ago,” Dozier said of Molitor. “The game’s kind of changed, because there’s so much video now. Some guys love dissecting pitchers, split screens, that kind of stuff, what they’re doing, whatever. Joe (Mauer) loves it. That’s where you kind of pick up stuff nowadays. Used to be, you just had to watch the pitcher when he gets out there.

“A lot of times, we miss something in video. The first or second inning, we’re all locked in trying to find something. There have been numerous occasions where Mollie and I kind of look at each other like, did you see that? That’s just the nature of being a student of the game. He doesn’t miss much. He doesn’t watch a game like a fan, He dissects every single pitch.”

Molitor is so good at it picking up those tells that his own pitchers occasionally ask him to watch them to see if they’re giving away anything. “It can be … a tension expression, or sticking tongue out,” Molitor said. “You get what you call a breather, a guy who has a tendency to breathe little harder when they’re hopping up for a fastball. They’re little things, but you’ll be surprised sometimes what might show up, in terms of a consistent patterns that match up with the pitchers.

“I’m hardly an expert, though. You keep learning.”

On Sunday, Mauer suspected he might get a fastball from Toronto reliever Chris Rowley on the 0-2 pitch he pulled for a grand slam onto Target Plaza. He wouldn’t say how he knew.

Dozier is probably closer to Molitor than any other Twin. He said he hasn’t asked Molitor about next year. What’s the point? Everyone knows Molitor wants to come back, and that it’s not his call.

“Right now, so much focus on what we’ve got to do the next two weeks, it’s probably the last thing on everybody’s mind,” Dozier said. “He’s done a tremendous job. From where we were last year to where we are this, it’s possibly the biggest turnaround ever in the game. That’s facts, just not opinion. I think he deserves credit for that.”

For what it’s worth, Molitor navigated games last weekend at Target Field with calmness and a little joy, unlike some managers who wear the tension of September like a stovepipe hat. The classic case was Ned Yost in Milwaukee. Ejected four times during a September 2007 collapse that cost his team the playoffs, Yost’s Brewers were in the midst of another nosedive the following September when General Manager Doug Melvin fired him with 12 games left. Yost learned to be even-keeled and stop beating himself up when things went wrong, lessons that helped him guide Kansas City to two pennants and a world championship.

Sunday, when Kyle Gibson finally retired Toronto’s Josh Donaldson after giving up two home runs — one of them last seen somewhere over Woodbury — Molitor playfully asked Gibson whether he wanted the ball as a souvenir.

“I’m really trying to savor it,” Molitor said after a wild 13-7, come-from-behind victory. “It’s really been pretty special, what the group has been able to do at this point. We’d like to try to finish it off.

“It’s been really fun for me, having a chance to do this for my third year, after coming up a little short two years ago. I feel pretty excited, and pretty clear-minded. I love what I get to do every day. I think it’s fun. It’s not the same as playing. It’s challenging, but it’s rewarding to see our young guys develop.”

That development is not done yet. Molitor deserves a chance to see it through, though how the Twins finish may have no bearing on whether he gets it.