A medium-sized jet could fit inside the Midwest Volleyball Warehouse, just off County Road 42 in Burnsville. Eight full-sized volleyball courts run side-by-side the length of the 80,000 square foot building, with room on one side for bleachers, and an expansive viewing level above them. The strength and conditioning room alone runs 5,000 square feet. The parking lot holds more than 450 cars, and on most tournament days that’s still not enough.

This is the home of Northern Lights Juniors, the largest and best-known girls Junior Olympic volleyball club in Minnesota. Autographed posters from dozens of Northern Lights alumni who played in college and internationally cover the two-story wall in the conditioning room. Displays elsewhere honor alums with Team USA, like 2004 Olympian Wiz Bachman, and the University of Minnesota. The Gophers display needs updating. “We’re behind,” said club co-director Adam Beamer. “We don’t have enough space.”

Minnesota may not be the cradle of volleyball — California rightly claims that. But it has become one of its hotbeds, and has been for some time, with a vibrant club system that develops a ton of good players who stock some of the country’s top college programs.

And the numbers are growing. 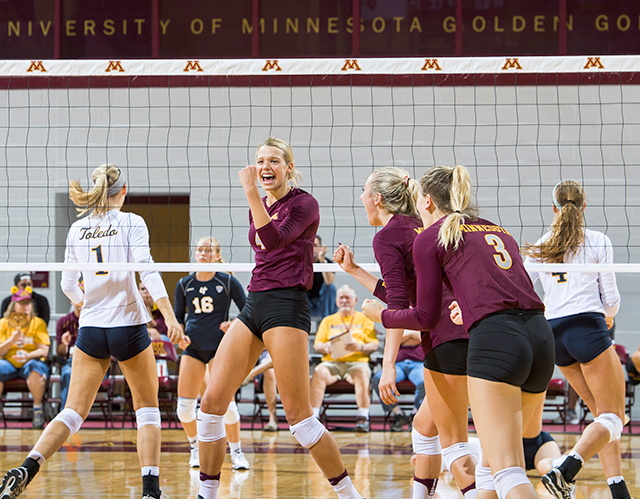 For Minnesota Coach Hugh McCutcheon, who recruits nationally, that depth means fewer weekends on the road and more time with his wife (Bachman, coincidently) and their two children. And it allows in-state coaches with minuscule recruiting budgets, like Concordia’s Brady Starkey and Thanh Pham of D3 St. Thomas, to field nationally-ranked teams. Both got their starts coaching with M1. All seven Minnesota institutions ranked in the national D2 and D3 polls feature former Minnesota club players prominently. 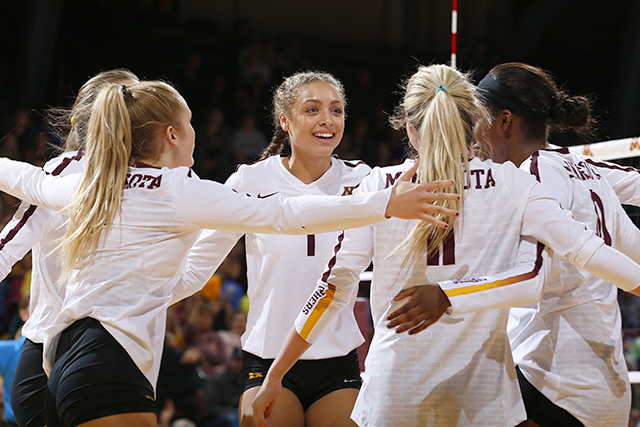 Eric Miller/University of Minnesota
Outside Hitter Jasmyn Martin, center, and U of M teammates during a game against Illinois on Oct. 25 at the Sports Pavilion.

“The root of it is all the club training you have,” said Doug Bergman, M1’s founder, program director and longest-serving coach. “There are some great coaches. And I don’t feel like we’re competitors. I feel like we’ll all teaching these kids to become better athletes. It’s not so much about our club egos and if we’re winning or losing. It’s about developing these kids. That’s why the game is getting so good in the Upper Midwest.”

Club volleyball runs for five to seven months after the fall scholastic season, and it’s not cheap. At the major clubs, fees range from about $2,000 per season for the youngest players (ages 11 and 12) to more than $5,000 for 18s. Travel to out-of-state tournaments is usually extra. Many clubs offer fund-raising or job opportunities to help defray costs.

“I don’t think 100 percent of it is, ‘I need to play there to get my daughter a scholarship,’” said Beamer. “A lot of it nowadays is, they just want to have their kid involved in something. 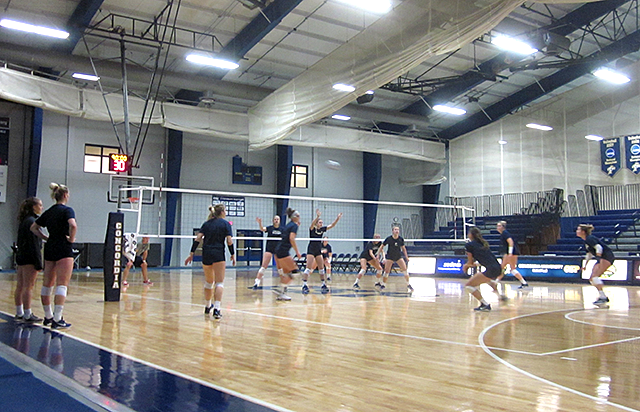 “We have kids who love volleyball and just want to come down here and play. Then they get to their sophomore and junior year and decide, ‘I’m not going to play in college and I’m done.’ But it’s a huge benefit for parents to get their kids involved in something that they love. And they’re willing to pay the money.”

But Northern Lights remains the leader. Its squads claimed 27 national championships in the last 13 years, and it hosts major tournaments at the Minneapolis Convention Center and in Burnsville that attract hundreds of teams nationwide. From a modest start — five teams and 60 girls — last year Northern Lights sponsored 31 teams for more than 300 girls. Three of those teams won U.S. Junior or AAU national titles.

“You can see the changes over the last 20 years,” said Pham, who coached the Tommies to 12 NCAA Tournaments in 15 seasons and the 2012 national D3 title. “I feel like now, the athletes see so much more and there’s so much training going on that coaching has to be at a premium. Back then, if you were athletic, you were probably on the (club’s) No. 1 team. Now you have to be athletic and a good volleyball player.”

Starkey assisted Geoff Carlston, now at Ohio State, from 2000-02, taking a team from 0-18 in Northern Sun Intercollegiate Conference play in 1999 to its first national ranking in 2002. Since Starkey succeeded Carlston in 2003, Concordia has qualified for the NCAA Tournament so many times (every season, actually) that the Gangelhoff Center banner listing its appearances ran out of room in 2014. Eight NCAA championship banners hang in the rafters, and the top-ranked Golden Bears (26-2) are angling for another. 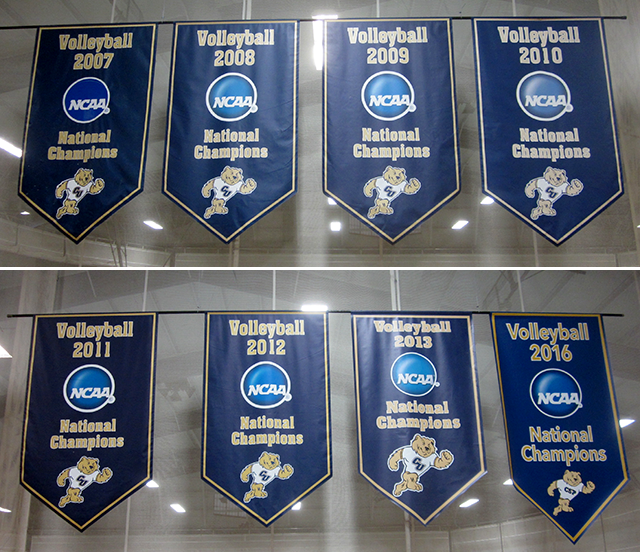 At fifth-ranked Minnesota (24-2), freshman outside hitter Jasmyn Martin of Hopkins played with Minnesota Select, M1 and Northern Lights before returning to Select for her final club season. (Her family moved from Bloomington before her freshman year of high school.) She remembers being petrified at her first Select tryout, at age 12, joining several hundred hopefuls.

“I actually went to a Gopher volleyball game and was like, ‘Wow, I want to do that,’” she said. “So my mom was like, ‘We’ll get you in a tryout.’ I went to a few camps but had never played on an actual team.” To her surprise, she made it — benefiting, she believed, from being tall for her age at 5-foot-8.

Martin credits her coach at Hopkins High School, Vicki Seliger-Swenson — the mother of Samantha Seliger-Swenson, the Gophers All-American setter — for letting her play all six positions on the court, instead of substituting a defensive specialist when she rotated to the back line. “That’s kind of what gave me my base,” she said.

“It helped me because I was around so many other good players,” Martin said.