“Free agent” is a misnomer because most players still belong to foreign clubs, making player acquisition in Major League Soccer much more complicated than other major North American pro sports. It’s a two-step process than involves paying a player’s current club a “transfer fee” simply for the right to negotiate with the player, on top of whatever contract agreement is reached. And if the player decides not to sign, you lose the transfer fee.

In soccer, like any other sport, there is no shortage of fans and sportswriters telling a club’s owner how to spend his money. United, beginning its second season in MLS, chose a deliberate approach to acquiring talent. Lagos and Heath want complementary players who want to be in Minnesota and fit in with the group, instead of throwing a briefcase of cash at one big-name mercenary with little interest in growing the game locally. United chose a different path than Atlanta United, its MLS expansion brother, which last month paid an MLS-record $15 million transfer fee to acquire Argentine teenager Ezequiel Barco.

United owner Bill McGuire has already heard from fans who wish the Loons spent more on players. Still, United sold 13,000 season tickets for this year, a bump of about 2,000 over last season, according to club president Chris Wright. The Loons expect a sellout crowd of better than 20,000 for the home opener, the last at TCF if Allianz Field opens in the Midway neighborhood of St. Paul as expected next spring.

Minnesota sports fans embrace the shiny and new, and United and its soon-to-be stadium are the latest incarnation. The Wild sold out its first 409 games at Xcel Energy Center — regular season, exhibitions and playoffs — from 2000 to 2010 before fans started grumbling about the on-ice product and bailed on season tickets. Two years later, with empty seats increasing, the Wild signed Zach Parise and Ryan Suter to matching 13-year, $98 million deals. The Twins sold out almost every game their first two years at Target Field, but the newness wore off fast; attendance plunged until the Twins made the playoffs last season. 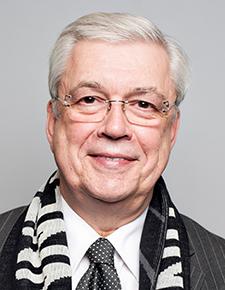 How long of a honeymoon period can United expect before their fans demand an MLS Cup contender?

“Because they’re fans, they have their own views as to what’s the right and wrong way to do something. Some out there would say ‘Go find the three most expensive players you can find, throw them on the field, and we’ll love it.’ Others will say ‘No, I want to see great soccer in a certain style, that involves 11 players, and I want to do something that gives me the most balanced 11 players committed to a style.’”

Because McGuire and his co-owners footed the bill for the $100 million MLS expansion fee and the entire $250 million cost for Allianz Field, the pool of money available for players is limited. Last year United ranked 19th among the 22 MLS franchises in payroll at about $5.3 million in total compensation while finishing 10-18-6, ninth in the 11-team Western Conference. MLS Cup champion Toronto led at $22.5 million.

It’s worth noting that Houston, dead last at $5 million, made the playoffs, while two of the five highest-spending clubs — Orlando and L.A. Galaxy — did not; L.A. finished with three fewer points than the Loons. (Salary figures do not include transfer fees.) As McGuire pointed out, Atlanta spent $8.9 million, about $3.6 million more than his club, to play only one more game, losing in the first round of the playoffs. McGuire said United probably would have taken a similar payroll approach even if the stadium were taxpayer-funded. 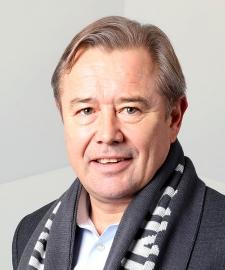 “On the team side, we want a sustainable, well-built team that people will grow up and affiliate with,” McGuire said. “(We want) players that want to be here, (and are) not just here because it’s the biggest bump of the week kind of thing. That was just a philosophical idea. We have to build a core of players. And, as with all sports, you get a very strong core and then you fill in with those other pieces that sometimes may be a little different or more distinctive than the strong core you have.

“That just seemed to us the right way to build it. It’s like building a business. Great business are built on very solid foundations. They take a little bit of time. They don’t just pop up overnight. That’s not saying you can’t put something together quickly, and it may fly. But invariably the best businesses take time, take planning, they take looking into the future. They’re not built on reaction to what somebody else is doing down the street. That usually doesn’t work.”

And, McGuire added, “That’s not to say we’re not spending money, which seems to be the only thing anybody equates with quality any more, how much money you spend. As I point out, there are teams in this league that spent multiples of the amount of money we spent on players and finished below us.”

The Loons spent millions upgrading their training facility at the National Sports Center in Blaine, expanding the weight room and medical areas, replacing the artificial turf on the indoor pitches and adding two new pitches outside. As the Timberwolves and Lynx discovered with Mayo Clinic Square, modern facilities can be a major selling point for prospective players. 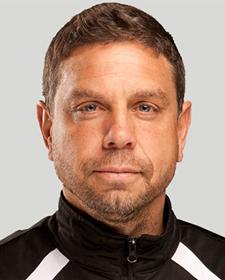 “Guys, when they come, they want to see the facility and the training pitch and all that stuff,” said Woodbury’s Brent Kallman, a Loons defender. “I was really happy that the club put the money in up there. Better treatment, full tubs, warm tubs, little things like that. Proper gym to get lifts in before and after training. That’s really important for people coming in to see we have a really nice training facility.”

Since last season the Loons added goalkeeper Matt Lampson, veteran outside back Tyrone Mears, defensive midfielder Luiz Fernando, and center back Bertrand Owundi Eko’o from Cameroon. Wright wants to win as quickly as anyone, and appreciates how Lagos and Heath are trying to do it.

“It’s not necessarily the 11 best players, it’s the 11 players who play the best together,” Wright said. “That’s sort of the way you build a team.

“Off the pitch, we’re always looking for great people to be ambassadors for the team in the community. We’re still growing the game in this country. Millennials appreciate a much more holistic approach than, we’re going to go out and buy (Lionel) Messi — although that would be nice, wouldn’t it? Then we probably built our stadium way too small.”