However, I wanted to bring in some other knowledgable voices, to see where they stood. I asked three local art luminaries to take a look at them and send me their thoughts. Ben Heywood is executive director at The Soap Factory in southeast Minneapolis. Masha Zavialova is curator at the Museum of Russian Art in south Minneapolis. Carolyn Swiszcz is a painter living and working in West St. Paul.

I was surprised at the degree of consensus with all three. Let’s start with: 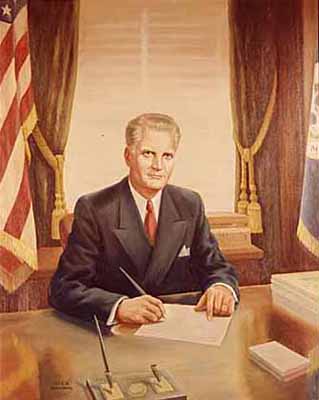 The portrait of Luther Youngdahl is easily one of the most disliked. “Signing legislation is the kind of action a camera might capture more naturally,” says Carolyn Swiszcz. “But that’s not my main problem here – it’s the blinds. Couldn’t a swath of suitable bunting have broken up the giant white rectangle? There’s a tad too much headroom here in what otherwise is a pretty nice portrait.” Heywood is not as kind: “Luther ‘Doctor Strangelove’ Youngdahl, looking up from banning slot machines (or something) at his non-Euclidian desk.” Masha Zavialova makes the same point about Elmer L. Andersen’s similar portrait: he’s “forever frozen in the midst of writing something. Did it occur to him that looking at his portrait one would be wondering if he indeed was sitting for hours with a pen in his hand pretending to be writing so that the artist would capture the moment?” 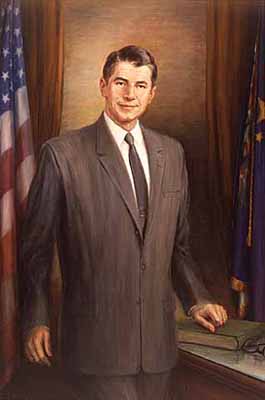 Orville Freeman’s portrait is also roundly dismissed. Heywood refers to him as “creepy ’50s uncle Orville Freeman, with his zoot suit and black cow-lick.” Swiszcz: “Orville looks like the tin man before Dorothy administers the oil. He is a prisoner of his wide leaden suit, and his pose is straight out of the JC Penney catalog.’

Also widely panned? Tim Pawlenty. According to Heywood, he “appears to have just phoned in his portrait by going to CEO-Portraits-R-Us, and getting the worst, blandest, most white-bread image possible, made of the worst, blandest, most white-bread governor imaginable. Must try harder, Tim.” Swiszcz’s assessment is very much the same: “I want to grab this painting by the frame and point it up like a viewfinder. Tim’s dull clothing is center stage, leaving only a teaser of the resplendent Quadriga. And – problem – this doesn’t look like Pawlenty! I suspect the artist might have been flummoxed as to how to paint Tim’s somewhat large (but not completely unattractive) nose and chose the too-safe front view. It’s tricky, because he’s one of those guys who can look handsome or namby-pamby, depending on the angle. Ugh – now you’re going to think I carry a torch for Tim.” 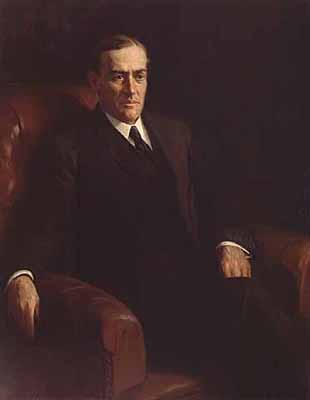 Zavialova singles out Nicholas Brewer’s outstanding portrait of John Johnson, and makes a larger point about how these men are portrayed: “The striking Hamlet-like John Johnson has a look of concern, almost grief, in his eyes. His hand is in his pocket, and he does not look at the viewer – a noticeable deviation from the stereotypical governor. The stereotypical governor is optimistic; he is busy writing bills and signing papers, like Elmer L. Andersen.”

She continues: “Johnson’s is probably my favorite portrait. It did not make me feel somewhat embarrassed when I first looked at it. Most of the other ones, for some reason, do. Probably they remind me of Soviet official portraiture, which makes for a great comparison. Soviet portrayals of leaders were a lot more blatant – ‘Here we are working hard to get you bastards a happy future, so you just suck it up!’ Minnesotan governors’ portraits, even at their official best, display a certain anxiety, as if an excuse has to be made for being high in the state hierarchy. Look at the objects these men are holding on to (sometimes pretty tight): pens, scrolls, books, hats, chairs, speeches, microphones, Rodan’s The Thinker that Jesse Ventura is powerfully clutching, while William Merriam is elegantly exhibiting his beautiful hands.”

Other highlights for Zavialova: “Elmer A. Benson, who is just good-naturedly sitting there, and Henry Swift, with a tortured look on his face.” 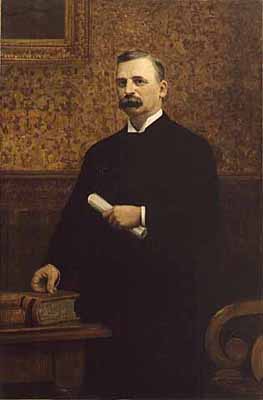 Heywood singles out Andrew Ryan McGill – “with his competent hands (a particular failing of gubernatorial portraiture), impressive books, fashionable moustache, and extravagant Edwardian wallpaper reminiscent of Walter Sickert or Alfred Sisley” – and Henry Hastings Sibley: “Our first governor, when the state was still the Wild North. One of the early Victorian portraits on the traditional round gilded frame. Sibley turns away from the viewer, his pinched face becoming shadowed, with a psychopathic gleam in his eye: befitting the chief general of the Dakota War.”

Zavialova finds she’s also attracted to these less polished early examples: “Looking at the Minnesota governors’ likenesses, I find that I like earlier portraits. Even a trace of itinerant portraiture’s naïve stiffness will make me respond to an artwork in ways none of the self-consciously brilliant work would. Self-taught artists’ lack of hubris (together with the endearing sweetness of an unaffected desire to excel in art) just seems to click with me. Unfortunately, there are not many portraits of Minnesota governors that qualify for naïve art. In fact, save probably for Stephen Miller, no governor was lucky enough to be even remotely portrayed in this style.”

Heywood also commends one of my personal favorites: “You have to love the exuberant and sunny portrait of Floyd Olson, who wields his radio microphone (the ‘30s equivalent of a holding an iPad) and soft wide-lapelled suit grey suit, like a night-club crooner. This is portraiture as pure illustration (he’s so m-m-m-modern), but it’s such a friendly and affable gesture that one can’t help but smile. Try that with Sibley and he’d cut your lips off.” 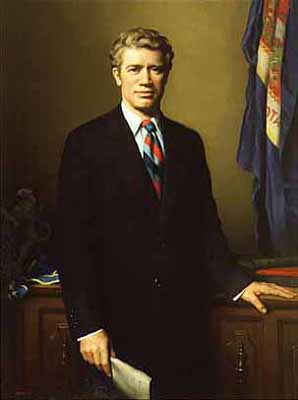 Most of our panel (and I!) are quite smitten with Wendell Anderson: Heywood notes “his full kissable lips and thick, lustrous hair that you just want to run your fingers through,” and Swiszcz says, “If anyone is going to be swooning in this part of the Capitol (using their visitor map and/or photocopied portrait fact sheet to fan themselves) it will be in front of this portrait. Anderson’s good looks and (sigh) strong, beautifully rendered hands are almost as hot as his ‘Minnesota Miracle.’ ”

Swiszcz’s favorite is “probably Harold Stassen, even though the room and chair are boring. It’s the expression that draws me back: somewhat pained, a little crabby, but not without humor and compassion. Befitting a man born and raised in West St. Paul?” 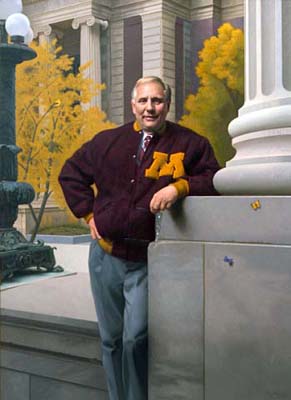 Surprisingly – to me, at least – Arne Carlson’s portrait ultimately finds a great deal of acclaim. As far as the best, Heywood says, “the honor has to go to Arne Carlson, who loved Minnesota (and the U of M in particular) that he made his portrait twice the size of anybody else’s, and lavished attention on every last detail. The picture gives over a full quarter of the frame to the old stone of the U, with Uncle Arne leaning casually, sporting his favorite U of M jacket. Butterflies frolic symbolically on the stone, while a yellow bird hovers behind amongst the ornamental trees. The flat paint and ‘artless’ composition is instantly recognizable as derivative of the (derivative themselves) Brotherhood of Ruralists, known to a generation of British schoolchildren as the illustrators of the front covers of the Arden Shakespeare.”

Swiszcz, too, is touched by the scale and attention to detail: “I am glad I went to see this in person, or I would never have known this painting is roughly three times as large as all the others. Oh – guess what? Arne really loves the U! You can almost feel the little tufted surface on the “M” of his letter jacket. In case there is any doubt, the painting’s frame has little maroon “M”s in each corner. Another thing we can learn is that Arne is a Regular Guy, because he’s wearing jeans. Despite the corniness, I find the details, color, and composition of this portrait to be exceedingly pleasing.”