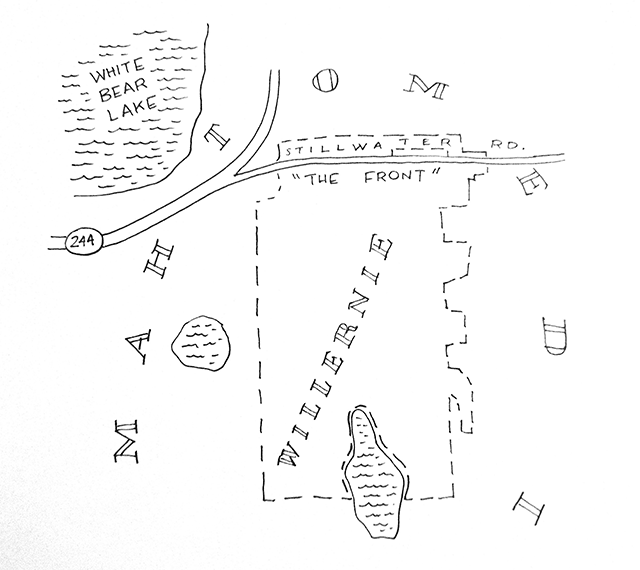 Willernie, Minnesota is a tiny brick-shaped parcel of about 82 acres enveloped on all sides by the larger community of Mahtomedi. It sits tantalizingly close to the shores of White Bear Lake, but doesn’t quite reach it.

On the map, Willernie’s edges go all over the place, cutting around streets and through houses, with seemingly no regard for natural or infrastructural boundaries. Its oddest flourish is that it seems to annex part of Mahtomedi City Hall. The building’s front lawn is in a noncontiguous slice of Mahtomedi, but the rest is inside Willernie.

Obviously, a cartographic oddity like Willernie deserves to be seen in person.

Like so many Twin Cities neighborhoods — St. Paul’s Union Park, Lake Minnetonka’s Excelsior, the stretch of Longfellow once known as Wonderland — Willernie owes its odd footprint to an amusement park. Wildwood Amusement Park, another of the cities’ many trolley parks built to lure city dwellers out to the end of the lines for recreation, sat on the site from 1889 through the 1930s.

Even before that, White Bear Lake had been a destination for locals looking to get out of the city. It was right on the rail line connecting St. Paul and Stillwater, so it was an easy destination or halfway point, depending on how far you wanted to travel. On the southern shores of the lake, there’d been a thriving Chautauqua association in the 1880s, where people came for lectures, performances, and other public events. White Bear Lake didn’t necessarily have the same aura of wealth and glamor as Lake Minnetonka or the Chain of Lakes to the west, but it’s always been a picturesque spot.

Of course, all the physical remnants of any of this past life are long gone. There was an interview in the Star Tribune a few years ago with Sara Markoe Hanson of the White Bear Lake Area Historical Society, who says that inquiries about the park are one of her most commonly asked questions.

It was quite the amusement park in its heyday, and still looms large in the local memory. Among other amenities, the park had an enormous roller coaster and Tilt-A-Whirl. It was, if anything, a testament to the power of the Twin Cities Rapid Transit system at developing destinations for people to use its services. 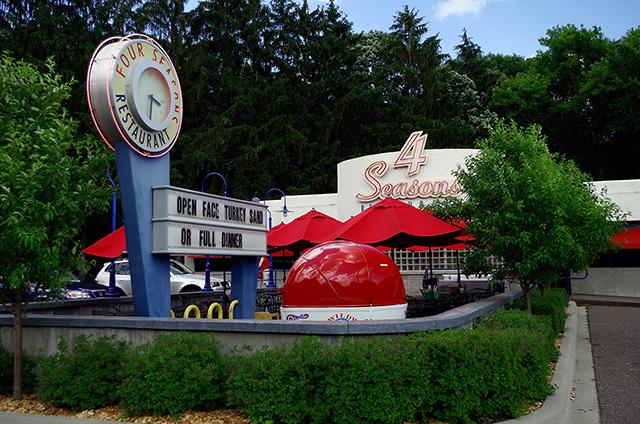 Now there’s really nothing left to see. The only tangible remainder of the park is an outdoor booth in the nearby Four Seasons diner, which is a contemporary recreation of one of the Tilt-A-Whirl cars. As is often the case in small communities, the Four Seasons acts as a micro-museum of historic photos and artifacts related to Wildwood, including a very nice mosaic on one wall depicting the park at full tilt on a summer evening.

The resorts came first, followed by tentative permanent settlements, followed by traditional suburbanization. Willernie was incorporated in 1948, during the postwar suburban boom. Each of these layers overtook the previous one almost completely, but there are still signs of the previous layers peeking through.

Willernie’s northern boundary is roughly Stillwater Road, a commercial hub that branches off of from Highway 244 just south of White Bear Lake. Known as “the Front” in its heyday, the name still fits. Most of the buildings date to the early 20th century or before, and the telephone poles are each decorated with an American flag. 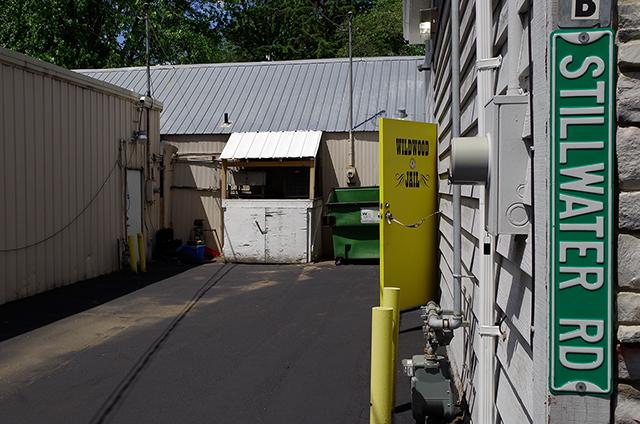 The Front is predominantly bars and restaurants — great names like the Flame Bar, Dugout Bar, Coffee Cottage, Frigaard’s, Roma, Tullio Pizzeria, the Hangar Room. With its neon beer signs and colorful awnings, and clapboard and stone facades with painted murals, the Front still retains a sort of beachfront boardwalk vibe, decades after people have stopped coming to White Bear Lake to go to the beach. It’s funny how a place can retain that recreational character, years after it seems like it shouldn’t fit anymore.

All of them seem pretty hopping on a weekend afternoon — especially for bikers and Harley enthusiasts, who seemed to be coming and going in a constant stream over the course of the afternoon. If you look at the population of Willernie, which has held at around 500 for decades, you could imagine that at any given time, at least 10 percent of the town’s population is in these establishments.

Humid in the holler

South of Stillwater Road, the topography of the area changes, and the residential parts of Willernie resemble what’s called in other parts of the country a holler. This area was laid out as a resort community called Wildwood Manor, and like the Front, retains vestiges of that purpose. The houses look very much like early 20th century summer resort cottages, some built on stilts, with clapboard exteriors, and sloping roofs. There are lakes immediately to the west and south of the town, and so there’s that Lake Region humidity hanging in the air, settling at the bottom of the hollow. 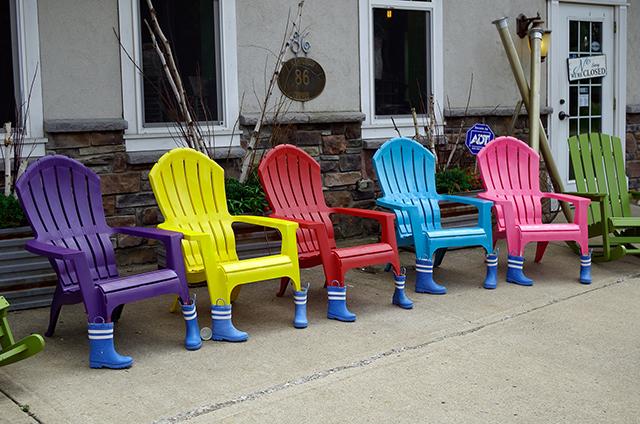 I love these sorts of towns, places that were built as part of Greater Vacationland, and when that purpose ended, adapted for new ones. It’s not just Minnesota, either; if anything, Willernie reminds me of the town where my brother and sister-in-law live in Kentucky, another old turn-of-the-century resort with summer cottages, built in a hollow alongside a now-vanished lake, and now home to families, kids running around the streets, dogs in backyards, boats, trucks, and townie bars along the main drag. 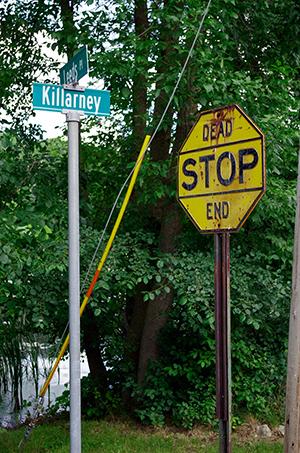 The street names in Willernie are the sort of Anglo-Irish hodgepodge developers often give these sorts of communities an air of genteel old world authenticity: Chatham, Leeds, Donegal, Killarney, Derby. My travel partners were hoping the name of the town itself derived from two locals named Will and Ernie, but alas, it seems merely to be a poetic Olde English-ization of “wildwood,” the name of the park and resort.

The strangeness of Willernie on the map, swallowed up on all sides by Mahtomedi, begins to make more sense once you’ve walked through it, down through the winding, narrow streets. It seems a lot like it looks on the map — a pocket, sewn neatly into the surrounding fabric.

Thanks to Bill “Will” Lindeke and Steven “Ernie” Lang.