Dr. Mahmoud El-Kati, addressing a roomful of perhaps a hundred people on the topic of Frederick Douglass at St. Paul’s East Side Freedom Library this week, pauses for a moment. “History isn’t about the past,” he says, almost as an afterthought. “It’s more about the present.”

That’s part of the idea behind the new East Side Freedom Library, a new nonprofit organization housed in the old Arlington Hills Library. It’s dedicated to collecting both physical and archival materials related to the popular history of the East Side, as well as the stories of all East Siders. How we tell the stories passed down from our elders, and how we reflect on the connection between their experiences and our own says a great deal about our own values. The Freedom Library is a reflection of how history can be a part of the present in an immediate way.

The most obvious physical manifestation of that connection is in the building itself, and how it’s being renovated and used. 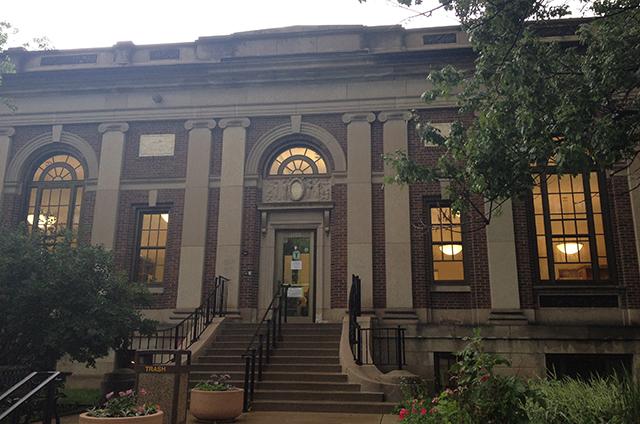 MinnPost photo by Andy Sturdevant
The old Arlington Hills Library is home to the East Side Freedom Library.

The East Side Freedom Library was organized by Peter Rachleff, a labor historian, and Beth Cleary, a theater artist, both professors at Macalester College and residents of the East Side for many years.

“Since 1850, the East Side has been a destination for immigrants and migrants seeking jobs, homes, and new communities,” writes Rachleff. “A central premise of the East Side Freedom Library is that it is difficult for people to work together effectively if they do not know their own or each other’s stories.” When the Arlington Hills library became vacant earlier this year, Rachleff and Cleary found their perfect venue. They signed a lease in June.

The old Arlington Hills Library, decommissioned for that purpose last year when the branch moved into a larger facility nearby, has an open floor plan. It’s similar in layout to the other Carnegie libraries in St. Paul, St. Anthony Park and Riverview on the West Side. There are high arched windows, nearly reaching the ceiling, and the light streams in. Though the building is now ADA-compliant, the grand set of stairs at the entrance puts one in the mind of crossing over a threshold, into a (literally) elevated world of ideas. 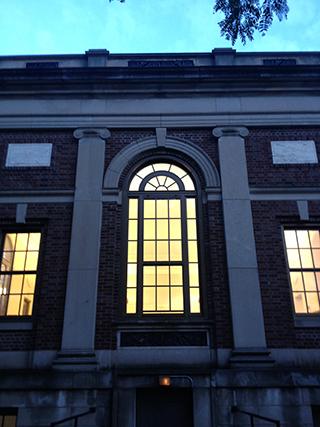 MinnPost photo by Andy Sturdevant
There are high arched windows, nearly reaching the ceiling,
and the light streams in.

The sense of uplift that it’s meant to convey to its neighborhood users is obvious. Rachleff writes about Andrew Carnegie’s desire, in creating this ornate system of neighborhood libraries, to cultivate a “republic of letters,” a “cradle of democracy … where neither rank, office nor wealth receives the slightest consideration.”

Fundraising is ongoing — the roof needs to be replaced before regular programming can begin — but there have been a few successful events so far. One of the most recent was a recitation and discussion of Frederick Douglass’ 1852 speech “What Does the Fourth of July Mean to the Negro?” which I attended.

El-Kati, a lecturer, educator and professor emeritus of history at Macalester, opened the evening with some remarks on the speech itself, the art of oratory, Douglass’ life and work, and putting all of these into a contemporary context. After his remarks, there was a recitation of parts of Douglass’ speech by actor Andre Samples; actor, theater educator and University of Minnesota professor John Wright, and actor and playwright Taous Khazem. (Some props made for a production of Clifford Odet’s “Waiting for Lefty” by Seitu Jones served as a backdrop.)

By and for working people

“What Does the Fourth of July Mean to the Negro?” was first delivered in 1852 in Rochester, New York, at a venue called the Corinthian Hall. The Hall was established in part by a group of local workers called the Mechanics’ Literary Association, founded in the 1830 by and for what they called, with perhaps tongue in cheek, “the meddling class.” The Hall hosted some of the most famed progressive speakers of the day, including Susan B. Anthony, Ralph Waldo Emerson and Horace Greeley. 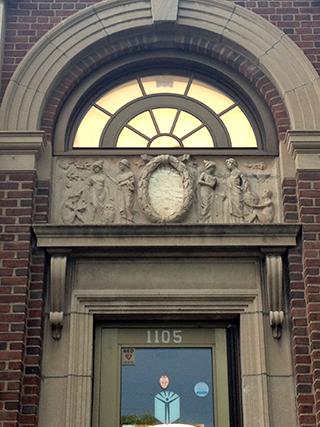 The connection between that hall built by and for working people to educate themselves, and the Arlington Hills Library itself, wasn’t lost on Rachleff, who pointed it out to the audience. The Corinthian, in size, layout, acoustics and degree of grandeur, was pretty close to the Arlington.

Seeing the space used for similar purposes, 150 years later, was exciting. The idea of oratory has largely vanished from contemporary discourse, but to hear Douglass’ words read by three speakers from such different disciplines — Professor Wright’s reading style was markedly different from playwright and actor Khazem’s — indicates some of the streams of cultural life in which the tradition of oratory has found its way into the present day.

In some concluding remarks, Dr. El-Kati referred to the space as an “intermediary educational institution,” a brilliant way of describing the sorts of institutions that exist in the space between the world at large and formal, academic institutions. Rachleff and Cleary’s initial inspiration for the Freedom Library was from the Hatch-Billops Archives, an initially small collection of African-American cultural arts materials originally housed in the Soho loft in Manhattan of James V. Hatch and Camille Billops in the 1970s. It’s since been donated to Emory University, where it’s grown into one of the most comprehensive archives of its kind, including books, oral histories, interviews, plays, and other pieces of physical culture.

Again, there’s an interesting connection between architecture, space and collections. The original loft was high-ceilinged, light and airy, and was Hatch and Billop’s live-work space. There is that sense of the space as “intermediary,” in terms of being open to the public, but housed in a private residence and active artist’s studio.

The Freedom Library, housed in a building that’s been a central part of the East Side’s intellectual, social, educational and political life for decades, exists also in that intermediary spectrum between the home and the commons, and the institution and the academy. As an intermediary, it is a place where people can come and go, and where they can learn from their surroundings.

Andy will be off for the next two weeks, but The Stroll will continue. Stepping in for him will be J. Annie Wang (July 16) and Mike Rowe (July 23).