Last week in this column, we posited the existence of the Microsotan, a nationally known and celebrated figure who lived in the state for a very, very brief time, usually before becoming famous. Their time here was so brief that we can’t claim them as natives in earnest, but we’d sort of like to anyway. Retracing the Microsotans’ footprints through town – Henry Fonda’s dorm room, Tammy Faye Bakker’s first apartment – is a modest exercise, one that tells us more about everyday life in the cities at that time than it tells us about them. Fonda was just a kid working two jobs to put himself through the U; Bakker was just another seminary dropout selling dresses in a Nicollet Mall boutique.

I’d like to look at the opposite end of that spectrum this week: the local celebrity. These are the figures not really celebrated or even widely known outside the state, but who made their home here and were (at least in their lifetime) well-known and well-loved. What was their experience of the Twin Cities like? What do their neighborhoods, workplaces, and hang-outs tell us about the cities and local culture of their time? 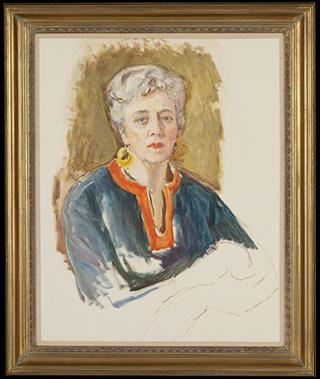 A good candidate for this sort of cultural geographic exploration is Frances Cranmer Greenman. Though her name may not be familiar to many, older readers who spent their early Minneapolis years making the cocktail party and fundraising gala circuits after World War II may remember her vividly — a portrait artist, columnist and woman-about-town, she was an exceptionally colorful figure in Minneapolis society. More important, she was perhaps the best-known local painter of that time, an artist who made her livelihood painting the rich and famous, but had a bold, idiosyncratic style informed by 20th-century modernism.

Greenman was born in a log cabin in South Dakota in 1890, but she trained with some of the greatest living artists of her time in New York and Washington, D.C., and was often jet-setting from one coast to the other, wryly reporting on her excursions in columns for the Tribune.

Owing to her background, Greenman had a particular genius for coming across as cosmopolitan without seeming pretentious, and down-to-earth in a specifically Midwestern way without seeming corny – a trick few Minneapolis cultural figures can pull off to this day. She was a creature of the city, through and through, unapologetically urban (and urbane) in her outlook. Her prairie upbringing among temperance homesteaders was not something she mythologized. She liked cities and she liked the people who lived in them.

“There is a richness to walk down familiar streets and know everyone,” she wrote. “Your home town is money in the bank.” She stated elsewhere: “I like the sophisticated life.”

The reason it’s easy to know all of these things about her is, unlike many other local celebrities of that time, she left an autobiography. “Higher Than the Sky” was published in 1954, and is funny, rambling, ironic and sweet. It’s long out-of-print, and not all of it holds up, but its best parts make it well worth finding. It paints a vivid picture of the Minneapolis she knew – of society, but also of the shifts in artists’ communities and local self-perception.

After studying on the East Coast – she’d return to New York for several years later – Greenman returned to Minneapolis in the late 1910s. Early on, Greenman and her husband lived at 2212 Pleasant Avenue, one of those leafy, non-alphabetical residential streets between Lyndale and Nicollet. There’s no 2212 on that block anymore, having been absorbed by a larger apartment complex. Some of the older houses on that block, though, date to the early 1910s and give a pretty clear sense of what their house must have looked like. She taught some classes at the Minneapolis School of Art, located on the campus of the Minneapolis Institute of Art, brand-new at that time and located a few blocks away from her house on Pleasant. A short distance in the other direction was the Attic Club, an artists’ collective and workshop that had moved around various sites in the Twin Cities over the previous decade, but at this time was at Lyndale and Lake. A hundred years later, one can easily imagine the geographic parameters of a Minneapolis artist’s life still being focused around Lynlake and Whittier.

These locales would have been further out – not quite suburban, but certainly not the city’s central core. In the late 19th century and earliest years of the 20th, most artists’ leagues and studios were located downtown, around Hennepin Avenue. Artists were just starting to move south, as downtown presumably became more crowded and expensive. As they always do, arty neighborhoods shift over time, following (or being chased by) real-estate development and economic factors. Despite this shift south, during this time the artistic epicenter of Minneapolis was still located closer to downtown, near the present-day Convention Center. The Handicraft Guild was a building at Marquette and 10th Street, affiliated with the Minneapolis Society of Fine Arts and with several stories of studios, workshops, classrooms and exhibition spaces. Greenman would have put in some time here, along with every other artist in town at the time.

Of course, Greenman would not stay in this area. “I’ve had 22 studios in my wanderings,” she wrote. “The studios have been every color. My last ivory tower was painted ivory black.” After returning from New York, she settled at the Hampshire Arms, a “hostelry which like Tennyson’s brook goes on forever.” Here she built her final studio, and the one she’d remain in through the 1950s, ’60s and ’70s. 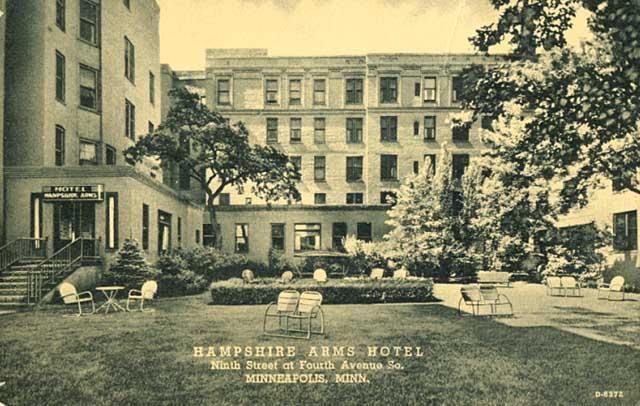 The Hampshire Arms was one of the many residential hotels located in a cluster around 9th Street. Though it’s gone now, it was located at 4th Avenue and 9th Street, in what’s now the parking lot behind the Normandy Inn, that strange, pseudo-rustic French-style chateau currently owned by Best Western. The old Normandy, the Hampshire Inn and the nearby Francis Drake Hotel (now a residential shelter) constituted a neighborhood of long-term residential hotels that were quite chic before World War II, and became significantly less so following. It was torn down in the early 1970s.

It was on the fifth floor of the Hampshire Arms, though, where Greenman built an all-black studio – completely black from floor to ceiling – creating a perfect environment for sitting for portraits. It was furnished with the sort of items befitting a cosmopolitan artist. “My red lacquer Chinese Emperor’s traveling throne chair, looking like an oxen yoke perched on a sawhorse, stands by my front door,” she wrote. “The newsboy comes to collect. He brings his friend. While I count out the times he says to his friend, ‘Look! There’s that funny chair. Now will you believe me?’ ”

Otherwise, Greenman’s world in the postwar years would have been a familiar one to longtime residents. She writes of events and parties at the Art Institute and in downtown hotels and restaurants. She writes of escorting a friend “from Charlie’s to Harry’s to the Flame Room of an evening and wherever we go the headwaiters and bartenders bow low as we come in”; it’s a “pub crawl,” as she calls it, that would have taken her up and down through the trendiest parts of downtown Minneapolis. Her portraits were commissioned by nearly every well-known local figure of the era, and some are still hanging today – most notably in the diocesan offices at St. Mark’s Episcopal Cathedral on Hennepin, and a brilliant portrait of Gov. Karl Rolvaag at the Minnesota State Capitol. 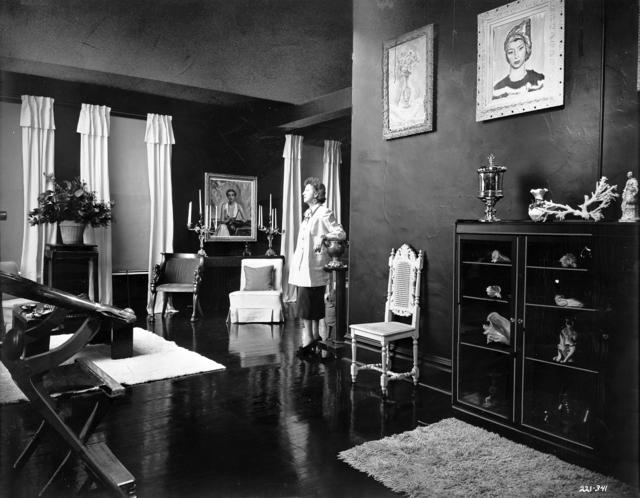 Her closing reflections on her hometown in the book reflect both her own access to the most powerful institutions of the day, but also the self-perception that many Minneapolitans would have conveyed at the time: “The home of Betty Crocker and Marjorie Husted [the woman behind the Betty Crocker brand] and General Mills. The Pillsbury Company, Minneapolis-Honeywell, Dayton’s and the late ‘Pudge’ Heffelfinger” [the first professional football player].

But Greenman continues, describing her Minneapolis further in a way that may still resonate for many residents — if not in specific terms, then in general feeling: “It is for me the Baby Bear’s Chair – just right. This will be my home. Now I sit here and rock … I’ve played this town in many roles: first the awe-struck girl hearing the clop-clop of horse’s hoofs on the paved streets; the starter-outer … the young married painting pretty babies … the Depression die-hard trying to get blood out of a turnip … the newspaper columnist from Palm Beach; the West Coast wanderer. And now Minneapolis for the duration. All roads lead to home.”