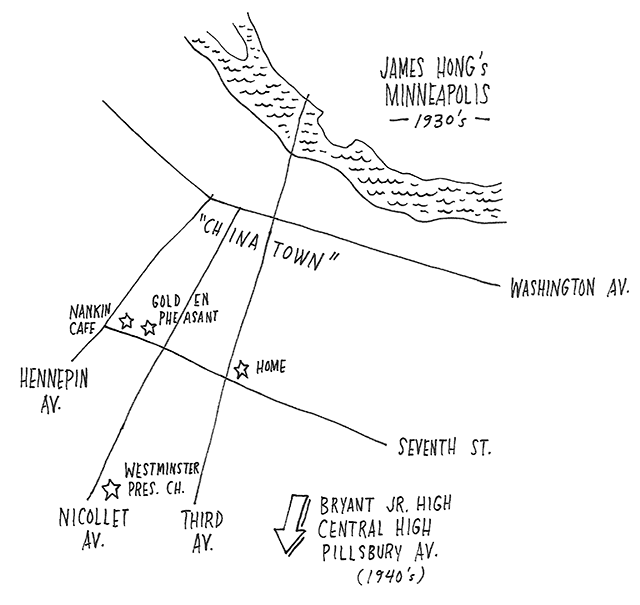 A few weeks ago, I was laid up with an illness, so did what you do when you’re sick – watched lots of movies. Hulu had just dumped the full run of Seinfeld into the ether, so there was that to attend to. I watched a handful, including “The Chinese Restaurant,” from the second season. I was also on a 1980s sci-fi kick, so after that I re-watched “Blade Runner.”

And who should appear in both, back-to-back, but the Minneapolis-born actor James Hong. He’s the maitre d’ in “The Chinese Restaurant,” and he’s Hannibal Chew, the eye fabricator, in “Blade Runner.” You know James Hong if you watch movies – he turns up in these memorable roles and you think, “Oh, yes, I know this guy, he’s great.”

I took his back-to-back appearances as an omen of some kind, so set aside the movies for some biographical study. Of course, I didn’t realize James Hong was a Minneapolis native until I dug into his Wikipedia page.

Which is shame! If anyone deserves a star on Hennepin Avenue alongside Tippi Hedren and Marion Ross, it’s James Hong, one of the great cult character actors of the past 50 years. He’s returned to town a few times in the past few years – once for a high school reunion a few years ago, and last year for a convention – and has given some good interviews about his early years while visiting. It’s easy to trace his steps through the city as a young man, and outline some of the Chinese-American experience in Minneapolis in the early 20th century.

Hong was born in Minneapolis in 1929 to James W. Hong, a restaurateur who’d emigrated from southern China to Minneapolis via Chicago and Canada. In a 1919 newspaper advertisement, James W. Hong is listed as the General Manager of the Golden Pheasant, at 52-54-56 South Seventh Street. The Golden Pheasant was one of the earlier Chinese restaurants in the city, opening the same year as the better-known Nankin Café, which was on the same block. There were at least 10 other Chinese restaurants in downtown Minneapolis during the 1910s, and 23 by the next decade. “Our chefs are artists,” the ad for the Golden Pheasant declared. “This is the most beautifully appointed Chinese and American Restaurant in the United States.” Later, the Hongs had a store a few blocks east on 3rd Avenue at Seventh Street. The apartment over that shop was Hong’s childhood home. 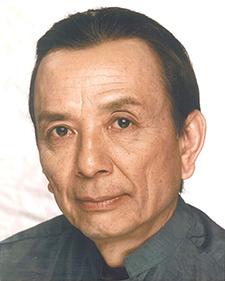 Though Minneapolis never had a Chinatown along the lines of other Midwestern cities like Chicago and St. Louis, this part of downtown was an active enclave for the 600 or so Chinese-Americans living here in the 1910s and ‘20s – in an interview with Mpls. St Paul magazine in 2014, Hong described Third Avenue South as Chinatown. The elder Hong was also active in the Chinese National Welfare association, which met in a Chinese-American clubhouse a little further north in the Gateway District. This area, between 1st Avenue North and 8th Avenue South along 1st and 3rd Streets had the highest concentrations of restaurants, laundries and other Chinese-owned businesses.

Another one of the centers of gravity for Chinese-Americans living in Minneapolis was Westminster Presbyterian Church at Nicollet and 12th Street. This was the church Hong’s family attended, as well as many others. Westminster’s role in the Chinese-American community was due largely to one man, Woo Yee Sing. A business owner, community leader and one of the earliest Chinese émigrés to Minneapolis, Woo was converted to Christianity by an elder at Westminster in the 1880s, and the church established a Chinese Sunday School in 1882 – before the church was even located at its present location. The Chinese language Sunday School continued until 1957, though English classes were offered through the 1970s. In a piece on the Chinese-American community leader Liang May Seen, MNopedia says of the church that it “was one of few places where women — both white and Chinese — could take on leadership roles through their involvement with social and religious activities. Most other civic organizations did not accept Chinese Americans until the 1930s or 1940s.”

This would have been the community that James Hong was born into in the 1930s. There was a gap in his time in Minneapolis after this – the elder Hong sent James to Hong Kong for elementary school. James only returned to Minneapolis for middle school, where he had to re-learn English. 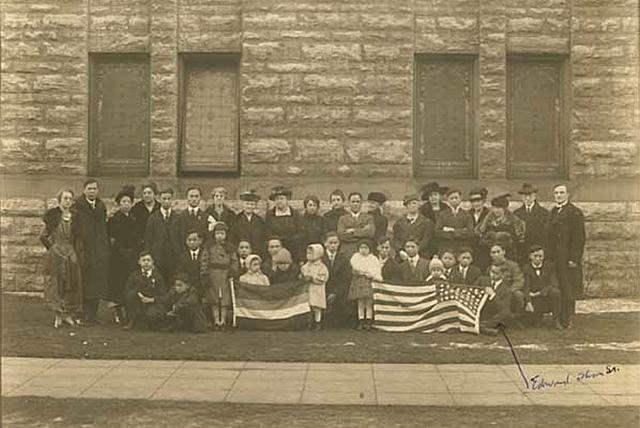 Courtesy of the Minnesota Historical Society
The Chinese Sunday School at Westminster Presbyterian Church in 1919.

Upon his return, the geography of Minneapolis had shifted somewhat. Downtown Minneapolis ceased to be a heavily residential area by this time. Owing to immigration policies, the Chinese-American population in Minneapolis had flat-lined through the 1930s and ’40s, holding at about 500 people for three decades. The Hong family had moved from downtown to a home in South Minneapolis, and James’ next two homes were in this area, with the last one being on Pillsbury Avenue near 38th Street. The family still attended Westminster, and Hong still worked downtown as a busboy at Nankin Café during this time. He attended the old Bryant Middle School, now the Sabathani Community Center, and then Central High School, now demolished (though it lives on in the name of the Central neighborhood association). It was at Bryant he performed his first stage role – in a lengthy 2009 interview with China Insight, Hong remembers a charming story of an ad-lib he performed onstage at Bryant, as well as the effusive praise he received from his teacher.

“You are really meant for showbiz,” he recalls her saying decades later.

Hong studied civil engineering at the University of Minnesota in the late 1940s. (He would have been on campus at the same time as actor Peter Graves and writer Saul Bellow, which is a fun three-way interaction to consider.) After three years at the U, Hong and a creative partner moved to California in hopes of making it in show business. He served in the National Guard during the Korean War. Perhaps to hedge his bets, Hong resumed his civil engineering studies at the University of Southern California, and actually worked as a road engineer for several years in California before jumping into acting full time, taking his first major television roles in the 1950s. From there, he’d go on to be in more than 500 TV shows and movies, including “Big Trouble in Little China,” “Archer,” “Chinatown,” “The West Wing,” “The Bob Newhart Show” and “Wayne’s World 2.” Among hundreds more. 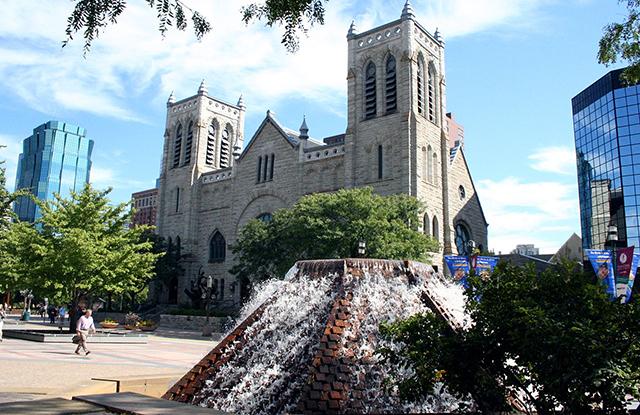 Each time Hong has been in town, he’s visited the sites mentioned above, and there’s some discussion of how changed much of it is. It’s striking how much downtown in particular has evolved over time – though a number of the Chinese-American charitable and social organizations with roots in the 1920s and ’30s exist, the Chinese enclaves that would have constituted Minneapolis’ Chinatown are long gone. Not only the businesses themselves – the Nankin Café held on until the late 1990s – but the physical infrastructure that housed those businesses. Still, that’s why I enjoy retracing the lives of one-time Minneapolitans, whether Amelia Earhart, Henry Fonda or Tammy Faye Bakker. It gives us a framework through which to see the city as it existed at one particular time, and an opportunity to take inventory of what’s missing and what remains.

As for James Hong himself: Get the man a star on Hennepin Avenue already.

Minneapolis-born James Hong: If you watch movies, you know him