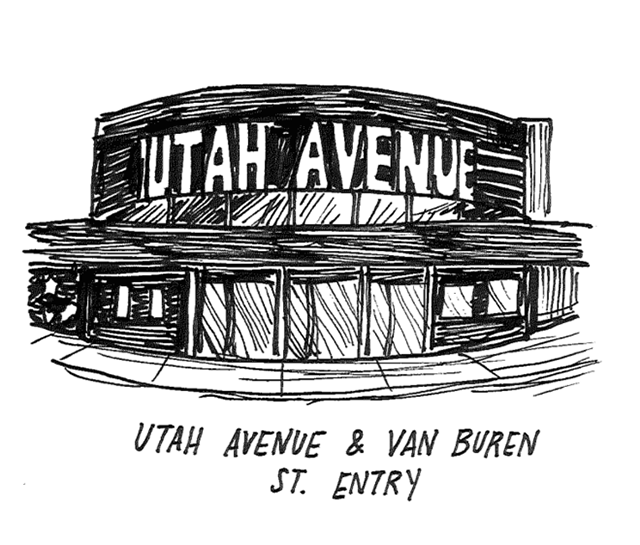 Buried beneath all of the numbered streets and avenues, there is another, less orderly Minneapolis, one that shares more in common nomenclaturally with its easterly neighbor. It’s a shadow city with street names that are poetic and evocative, but don’t necessarily convey a good sense for where you are in relation to anything else.

Here’s a day out and about in this mysterious ghost city: On your way downtown, you pass the world-famous music venue Utah Avenue and Van Buren Street Entry, cross Hennepin Avenue, refill your bus pass at the Metro Transit store on Minnehaha Street, wave at your wealthy uncle through the window of the Minneapolis Club on Hellen Street, drop into the Hennepin County Government Center between Oregon and California Streets to get your license renewed, then stop in for lunch at the Zen Box Izakaya on Cataract Street. After lunch, cross the Stone Arch Bridge, stop off for a matinee at the Stone Arch Cinema on Bluff and Pine Streets, then make your way up to the 331 Club at the corner of Elk and Brewery Streets for a quick drink, and finally head over to the Casket Arts Building at Davis and Grape Streets to catch the end of your friend’s art opening. A cab finally picks you up to take you home to your apartment in south Minneapolis, right behind Rudolph’s BBQ, which is at the corner of Lyndale Avenue and another Grape Street, unrelated to the one in Northeast. 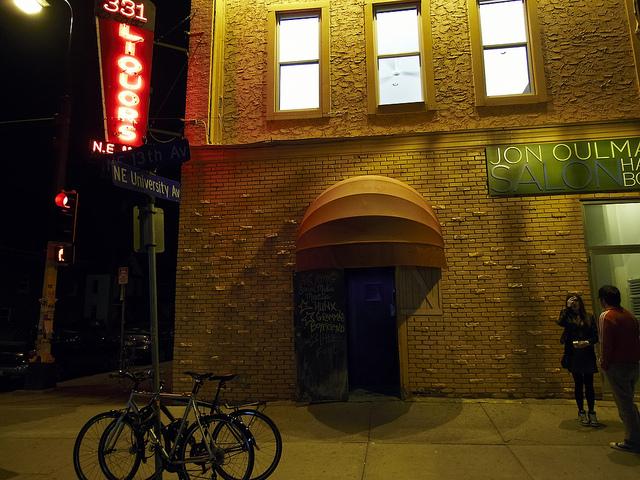 CC/Flickr/Marcus Metropolis
The 331, at the corner of Brewery and Elk.

Whew! That’s quite a day, and you’ve barely encountered a single numbered street. But you have encountered two Grape Streets, which is two more than might be the case in our present reality. Without naming specific landmarks above, you’d have no idea you’d crossed downtown and went into Southeast, then Northeast, and back down to South again.

Because Minneapolis was formed by the merger of two separate cities, Minneapolis and St. Anthony, there were a lot of duplicate street names on both sides of the river. Some streets had been around for centuries – Hennepin Avenue, for example, which had been a road for the Dakota, and was well established by the establishment of the modern city. The rest of the streets were laid out around those old paths, in a more or less uniform fashion, until there were the makings of a grid. Those streets had all sorts of names given to them arbitrarily – flowers, trees, pioneers, colors, other states, animals, or saints (on your way to Brewery Street in Northeast, on the old St. Anthony side, you would have passed over Saints Paul, Anthony, Peter, Martin and Genevieve). In the case of Brewery Street, the name is quite descriptive – in other maps and accounts, it’s also known as Brewer Street for the same reason. There was, and still is, a brewer there. 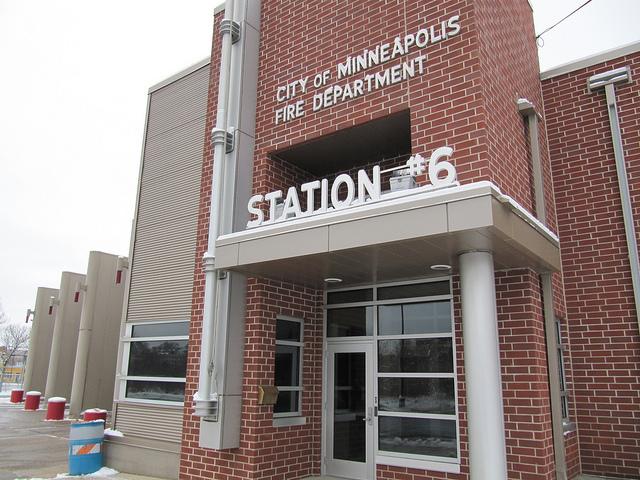 The name change was an enormous undertaking. And after months of planning, public debate and comment, it happened all at once: In the city council meeting minutes approved Aug. 12, 1873, only a year after the Minneapolis-St. Anthony merger, the extant street names are renamed methodically and almost in their entirety, a litany of redesignations that spans 10 pages (“That Marshall and Cherry streets shall hereafter be known and designated as Fifth Avenue South…” You could read all of it right here, if you’d like). Though much of the city was very sparsely populated outside the central downtown cores clustered around St. Anthony Falls, this made an enormous impact on people’s daily lives.

“I don’t know where I live now,” complained a man named “Pushit” to the Minneapolis Tribune before the new nomenclature took effect, “but a friend of mine knows where he lives. He formerly lived on Grape Street, but now he lives on Ninth Street west, and the next street to him is Twenty-First Street west.” This particular friend’s confusing new address came into being because when Grape became Franklin, Franklin also took the place of a 20th Street 10 blocks north of Lake Street, or 30th, and the streets on either side were forced to follow that system, however imperfectly. These were called “adjusters.” The greatest evidence of these “adjusters” today is that, except for a few odd stretches in Phillips, there are no 21st or 23rd Streets in South Minneapolis. Those two were dropped because there were only eight blocks between Franklin and Lake, where ten were required to make the system work. 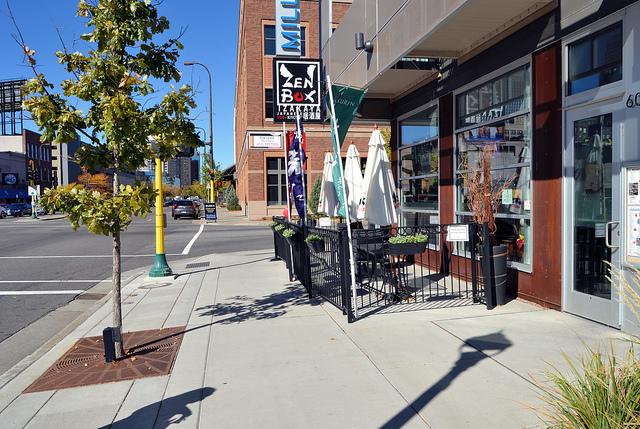 Pushit, and many other fellow citizens, found all of this completely baffling: “Wouldn’t it be well to require the new police-force to carry pocket compasses to help us out?” In Pushit’s Minneapolis, with a population of only about 13,000 people, addresses were communicated in relation to specific, individual neighbors, not street names. The two Grape Streets may have in fact had notable clusters of frost grape vines growing up nearby trees at some point within living memory. This is where early Minneapolis really seems like a small town, with people navigating their way through the city using not infrastructure but by way of interpersonal connections. “It’s over by where Pushit lives,” you might tell a wayfarer, “near Grape Street, the street with the grapevines.” If the wayfarer doesn’t know Pushit, and doesn’t know where the grapevines are, he probably doesn’t have any business being in that neighborhood anyway.

Like so much in the city’s history, this massive undertaking was done all in the name of modernization. These old names, it was said, “were sacrificed by the iconoclastic spirit of modern convenience,” according to the Tribune. The idea was to give any person in Minneapolis an immediate context for where they were in relation to the oldest arterial streets. The ordinance stipulated that north-to-south running streets would become “Avenues,” and east-to-west streets would become “Streets.” The directional designations were assigned in relation to the river, Central Avenue and Hennepin Avenue. (Some letter writers claimed sarcastically that Hennepin would now be known as “Zero Avenue.”) South and North Minneapolis got alphabetically named avenues. Northeast got its presidential streets – Geonard, Lawrence, Lowell, Dover, Concord and Morse Streets become Madison, Monroe, Quincy, Jackson, Van Buren and Harrison Avenues Northeast. 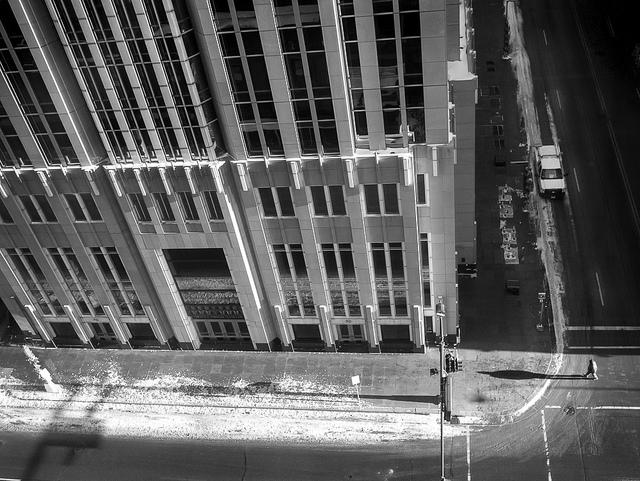 Pushit makes a snide remark in the letter to the editor that this scheme is done not necessarily for the betterment of the public sphere, but instead on behalf of speculators selling property in the sparsely developed swaths of land outside downtown (specifically, Pushit remarks that “these ordinances are money-making matters, when you’re inside the ring, or compose it entire [sic]”). Pushit is taking a cynical view of the situation, but there is a perceptive point there: This new system made numbering buildings exceptionally easy, and numbered buildings on orderly plots of land are much easier to sell. But the old system was also legitimately confusing. Besides Grape Street, there were three Oak Streets, all within a few miles of one another. There were also at least three Maple Streets, and two Vine Streets. Firemen and postal carriers, for example, found the new system a vast improvement.

Once the new system took hold, it stayed in place, and in fact became a defining characteristic of the young city.

“Minneapolis is one of the handsomest, neatest, most symmetrical cities on the continent,” proclaimed the Tribune in 1873. “The vague customs of the past are vanishing and being superseded by skillful and accurate methods. … We are improving this barbaric method.” The new system seemed modern, easy to navigate, orderly, almost scientific, especially in contrast to the free-for-all to the east. In fact, there was even some pushback when the names of a few streets were changed, like the avenue one block south of Hennepin. It was originally known as Minnetonka Street, then First Avenue South after the realignment, and then finally Marquette Avenue, after the explorer. 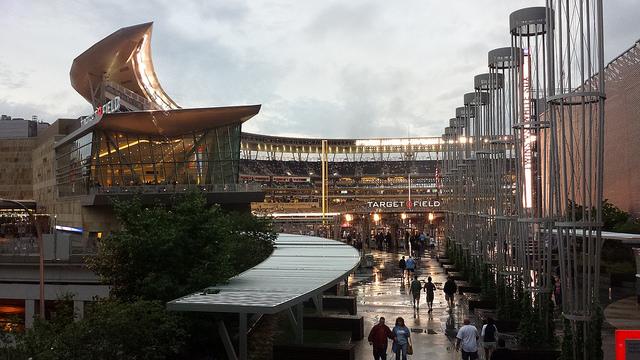 “I believe that it is a mistake to go back to the old system,” said a man named Walter MacFarlane in 1916, 40 years after the realignment. “Keep the simple system now in use in Minneapolis.” Using the “long names,” as he called them, seemed “like ‘looking backward’ instead of forward to me,” and only served to “befuddle and bewilder the stranger within the gates.”

Most of the lost names were very generic. Southeast Minneapolis was mostly trees, like Elm, Oak, Willow and Maple. Many of the other changed names were identical to those in hundreds of other cities. Wood, Maryland, Cross, Fremont, Bradford, Howard and White Streets all disappeared or found new uses elsewhere. From a contemporary perspective, there is something refreshing about having a majority of street names with very little cultural baggage. You’re free to give, say, 12th Ave. S. or 3rd Ave. N. whatever associations you might care to dream up. And, as promised, it certainly is easy to find any given address based on the numbers, even if you’ve never been there before.

But some of those long names were undeniably great – besides the aforementioned Cataract, Brewery, St. Genevieve and Hellen Streets, I find it a little sad that evocative names such as Prairie (E. 18th St.), Itaska (3rd Ave. N.), Christmas (20th Ave. N.), Cottage (E. 15th St.), Moose (4th St. NE), Pembina (Ramsey St. NE), Mary Ann (23rd Ave. N.), Westminster (S. 9th St.), and Salome (E. 16th St.) are no longer part of the landscape. It’s tempting, as I did in the first paragraphs above, to imagine what it would be like to move through a city with such names. Not much different, obviously, but maybe with more of subtle awareness of the lived history of the place, and with more of a sense of disorientation. Cataract (as in a waterfall, not the ocular condition), Brewery and Westminster tell you something about what’s been on or near those sites, and Pembina, Prairie, Moose and Itaska more clearly connect you to the geography of the greater state and region.

As with most things in its history, Minneapolis both gained something and lost something in its enthusiastic embrace of the progressive, the orderly and the modern.

1873: In one fell swoop, legions of Minneapolis’ streets get new names — or numbers