Browsing through the F614.M5 section at the Minneapolis Central Library – that’s the section of the Library of Congress classification system devoted to books about the city of Minneapolis – I recently came across an oddball little volume that looked like it should be in Special Collections. Miraculously, it was still mixing it up with the rabble out in general circulation, so I checked it out. It was an elegantly bound little book devoted entirely to Fourth Street, written 99 years ago by one Arthur J. Russell. It’s entitled, of course, “Fourth Street.”

“The traffic of Jacob’s Ladder,” reads the epigraph, quoting the English poet Francis Thompson, “pitched between Heaven and Charing Cross.” Russell explains a few pages later: “Charing Cross is but one terminal of Jacob’s Ladder. Another is found on Fourth Street. … On special days, I have seen the clouds break, and down the wide street the poet’s ‘pure splendor poured.’ Then appeared the celestial highway and the celestial host.”

All right, all right. I was amused at the idea of such a poetic book written all about Fourth Street. Maybe Hennepin or Nicollet gets written about in such elevated language, but not Fourth Street. Of all the iconic downtown Minneapolis streets to have a book written about it, Fourth isn’t very high on the list. No tourist has ever been instructed to go check out Fourth Street. Bob Dylan wrote a song about it, sort of, I guess, but that’s a stretch. Looking at the book, I could barely think of anything on Fourth Street at all. Quick, name me all the buildings you can think of on Fourth. I tried and couldn’t think of any more than City Hall and the Gay ’90s without looking at a map. 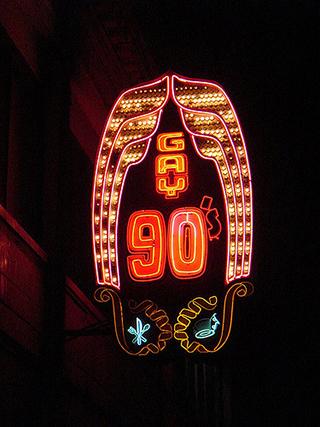 (To give you a refresher, generally from top to bottom: Pizza Luce, American Army Surplus, the aforementioned Gay ‘90s, the Central Library, a couple of parking garages, the old Schiek’s, a few more government buildings, City Hall, and the new Vikings stadium, and then the on-ramp to the interstate.)

This level of pure splendor, however, is exactly what makes the book so special. Russell was a long-time newspaperman in Minneapolis, so has an early 20th-century prose stylist’s way with a turn of phrase. But to have the level of attention and detail heaped over the course of 115 pages on such an unremarkable little downtown street is really something to see, a century later. Written descriptions like these do something images can’t. We can easily look at images of Fourth Street and see what Russell must have seen. But to get those sights expressed to us in the language he might have used to describe it adds a layer of depth. Moreover, to read a book addressed to future audiences – in fact, Russell directs a substantial portion of the text to the 21st-century reader – is a rare privilege. It takes a certain type of borderline insane narcissism to think a book you wrote is still going to be read and cherished in a century, but whenever it happens, I’m so grateful the writer took the shot.

Part of it is the fact that Russell reports things we can’t know from the usual historical accounts. One of my favorite anecdotes gleaned from the text: Near Fourth and Marquette is the final resting place of Tomas the tomcat. The Gale family, who lived near the corner in the 19th century, left a plaque to his memory in the walls of the Northwestern Bank Building, built in 1909. Russell notes it would be a “puzzle for future antiquarians.” Those antiquarians wouldn’t have been far off in the future, though, since the building was demolished a mere 30 years later. Where Tomas’ earthly remains and the plaque dedicated to his honor are now is anyone’s guess. But somehow knowing that a housecat named Tomas spent his whole life around the plot of land where the Fifth Street Towers now stand, and was then buried there, made me think fondly of the area. 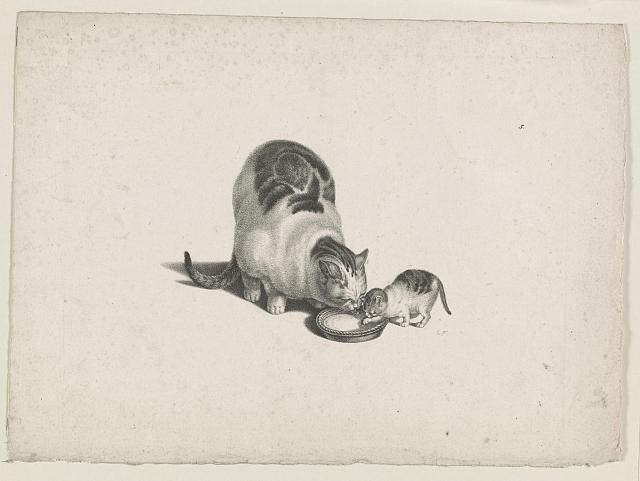 Russell’s attachment to the street probably stemmed from the fact that the offices of his newspaper, The Globe, were on Fourth, known then as Newspaper Row. He was already a somewhat older man when he wrote the book – in 1917, Russell would have been 56 years old. There’s already an elegiac tone creeping into his musings, particularly as he remembers 4th Street denizens who’ve already disappeared from living memory, even then. (Some of the crew: Chamb, Larry Ho Hodgson, Igoe, Williamings, Jonesy, Old Bill Webster, and E B Smith, “without the periods, please, he was named E B and nothing else.” Kirsten Delegard wrote about some of these types of Newspaper Row characters a few years ago on Historyapolis.)

In addition to folks like Jonesy and E B, there was also the “Great Unknown” – a product of the kind of mythologizing that newspaper writers are born to do. Russell is talking to his friend Charlie Harris about a guy Charlie knew when he was younger. He can’t remember the man’s name, or anything about him, other than that he went to New York to become a songwriter, and wound up in the hospital there. Did he live or die? Charlie couldn’t remember. Were any of his songs published, or even sung? Charlie couldn’t remember that, either. But Charlie did remember a particular song the guy wrote on Fourth Street. He sang it to Russell, who reprinted it in his column at least a few times:

‘Twas down by the meadow

Are bright with the sheen

All full of the motion

And roll of the ocean

Where waves dance in sunlight

Russell attempted for years to figure out who this unknown songwriter was, or what became of him or his song. He never found anything. Russell didn’t have Google at his disposal, and though I was hoping the lyrics might turn up somewhere there, even that vast repository of human knowledge turns up nothing. The “Great Unknown,” as Russell called the songwriter, remains unknown. I’m pleased to enter his contribution to the great American songbook back into the public record here. 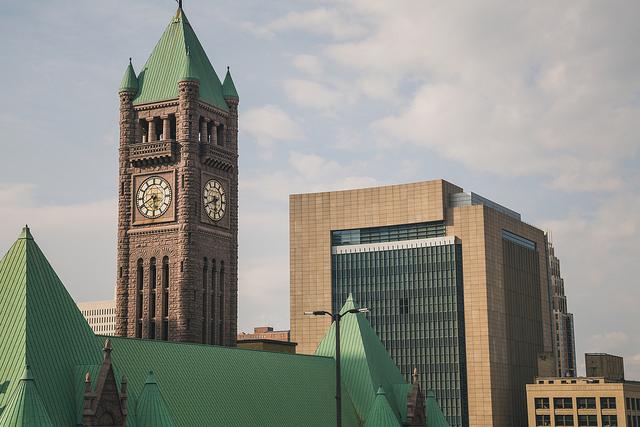 I don’t want to make it sound as if “Fourth Street” is a lost literary masterpiece. As interesting and well-written as it is, it’s certainly not. It’s a catalog of names and places delineating a very, very narrow slice of life as it was lived a hundred years ago, by a relatively privileged individual with enough influence to put those musings into print. The places and people it describes are so long gone that it’s hard to relate them now to any aspect of life as it is currently lived in Minneapolis. But some aspects still resonate. He describes Henry King, a successful Minneapolis businessman and longtime resident of Fourth Street, musing on his city as he lay on his deathbed. (Again, Russell has a newspaperman’s flair for a dramatic anecdote.) Minneapolis is bound to be “one of the great cities of the continent,” King says, and wonders how it will be transformed. “What do you think will be right here, where we are setting now, in a hundred years?” I can’t imagine what he’d imagined. But I certainly do recognize that brand of earnest boosterism, even a century on. One could imagine showing King how to use an iPad, and pulling up a list on Forbes.com or wherever that shows Minneapolis as the best place in the U.S. for [name your superlative].

“See, it’s all true, Henry!” we could say. “One of the great cities of the continent!”

Sitting on the train going back to south Minneapolis, around all the present-day citizens of Fourth Street, I know they have their own Fourth Streets, as vivid as Russell’s, and as similar, in many respects. They have their own crews of Chambs, and Larry Ho Hodgsons and E B Smiths and Tomas the cats up and down the street. In fact, I think of the photo blog Humans of Minneapolis, Stephanie Glaros’ ongoing documentation of the men and women of downtown, and the stories they have to tell.

Lost masterpiece or not, I’m glad Russell got his stories down in print. I barely recognize the city he describes, and the stories he tells about it, but what I do recognize is the impulse to record and celebrate those things about the city he and I share. I recognize Russell’s hope against hope that someone a century later will want to know about a deceased Civil War-era housecat’s final place of rest under the wall of a demolished bank on Fourth Street. I do now, and I feel like a better citizen for knowing it.

Russell quotes one “John the Janitor” at the end of his book, after asking about John’s vision of his own personal Fourth Street. John says this: “Some day, we’ll all be gone and other darned fools will be walking here.” Yep, that’s us.

An earlier version of this piece stated the Minneapolis Central Library uses the Dewey Decimal. Wrong! It uses the Library of Congress classification system. The Stroll regrets the error.