Why does Wheelock Parkway exist?

I don’t mean that in a nasty way. Maybe in a more existential way. It’s very picturesque, as we will soon see, and it connects two of St. Paul’s best-loved amenities. But it’s a confusing part of the urban landscape of the Twin Cities’ more consistently confusing half. Like any worthwhile feature of St. Paul, it’s difficult for an outsider like me to understand, while it seems to make perfect sense to the thousands of people who use it every day.

As noted, St. Paul’s Wheelock Parkway, once and future keystone of the Grand Round trail system, doesn’t make a lot of sense traced with your finger over a map. It runs from the bottom of the city’s largest lake, Phalen, to the bottom of its second-largest, Como. This seems like a useful recreational route, but it doesn’t follow any sort of logical path to get there. It staggers across the orderly gridded streets of St. Paul like a tipsy barfly weaving around tables and chairs on his way back up to the bar. First, it splits off of Phalen Boulevard on the North End, then heads right up to the city limits at Larpenteur, only to come plodding down an impressively windy southwesterly direction, and ultimately collapsing into the waiting, welcoming diagonal embrace of Como Avenue at Lake Como. 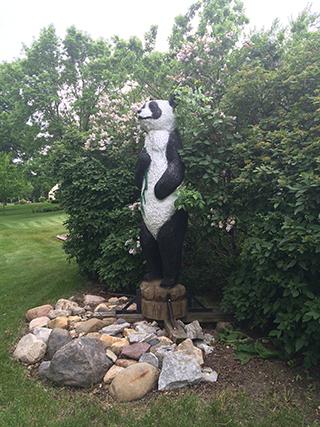 MinnPost photo by Andy Sturdevant
“Hey, I think I know your cousin. Big drunken fellow,
trips over canoes all the time?”

The name gives you a clue: As my colleague Bill Lindeke pointed out earlier this year, Wheelock Parkway is a parkway, in the same way its distinguished crosstown brethren Victory Memorial Parkway and Minnehaha Parkway are parkways. Like those, Wheelock is publicly owned, and commercial through traffic is not permitted. In some places, it splits off into two lanes, separated by a tree-lined island in the center meant to be contemplated by Sunday drivers and picnickers. Unlike those, it doesn’t follow a natural body of water (like Minnehaha, which follows the creek) or a political boundary (like Victory, which runs along the Minneapolis city border).

Wheelock Parkway was laid out in 1909; the land was purchased piecemeal where it was available, which may explain the somewhat eccentric route. In the same way the physical landscape determines the course of a river, the parkway’s route was determined by the economic landscape of the early 20th century. Although topography does have something to do with it – there is some impressive elevation along the way, and the parkway winds around those peaks in a few places. Most notable is the stretch roughly between Marion and Virginia Streets, which nearly makes the sort of  nearly-180-degree turn you’d expect to find on an Appalachian overpass. 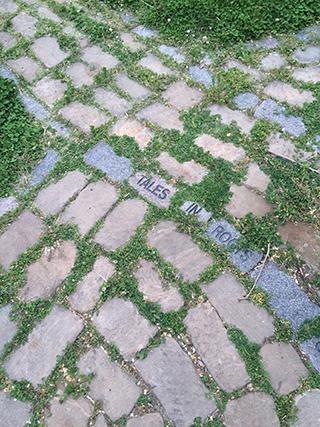 MinnPost photo by Andy Sturdevant
An installation near Como Park.

The Wheelock in question is Joseph Wheelock, who’d emigrated to St. Paul from Nova Scotia for his health in the 1850s. In his half-century in St. Paul, Wheelock served two critical functions in the civic life of the city: He was the founder and first editor of the Pioneer Press, and president of the St. Paul Board of Park Commissioners, where he was responsible for the planning of many of the city’s parks and boulevards. He died in 1903, a few years before the parkway was laid out. Though mostly forgotten today, he was a major enough force in the city at the time of his death that all city offices were closed for his funeral at nearby Oakland Cemetery, and flags in St. Paul flew at half-mast.

Over the years, the four or so miles of parkway have reflected the several neighborhoods that it passes through. When I-94 smashed its way through the heart of black St. Paul in the 1950s, quite a few of those who were displaced purchased homes in the area. Issues of Jet magazine from the early ’60s note several visible members of St. Paul’s African-American community – among them, veterinarian Dr. Cornelius Moberly and his wife, Gertrude – purchasing contemporary homes along the parkway. Spread over the course of the route, there are a few interesting neighborhood interventions to be seen from residents whose lots abut the parkway. My favorite is the wooden panda sculpture at Arundel near Arlington, a serene-looking ursine fellow carved out of a whole tree and bearing a certain resemblance to a local relative better-known for sucking down lager in place of bamboo. 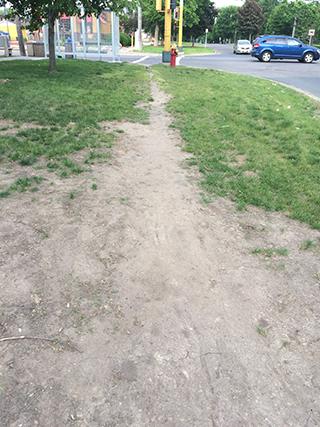 Wheelock Parkway ticks off all the major north-south streets in this part of St. Paul – Rice, Arcade, Dale – but it arrives at those intersections in a way that feels somewhat disorienting if you’re more familiar with making a straight line down Maryland or Arlington. Part of this disorientation comes from the lack of uniformity in how the parkway looks and feels. Victory Parkway in Minneapolis, for example, is as straight and uniform as the military parading from which the “Grand Rounds” takes its name, with some of the best sight lines around. Wheelock is a mixed bag: Some portions look very much like what you’d expect when you hear the word “parkway,” with two lanes, center islands, and the sort of tree coverage that makes you feel like you’re walking through a cave, such as the portions just east of Arcade. Other parts lack sidewalks entirely, particularly around Rice Street, and you can see where intrepid pedestrians have carved out their own desire lines along the sides of the road.

Navigating my own way down the parkway, disconnected from the grid, I found myself surprised again and again at familiar sites seen from unfamiliar perspectives. They tended to be places I’d been to on a few occasions, but never associated with Wheelock Parkway. Like, ah, right here on Arcade, it’s Romolo’s, the sadly defunct Italian restaurant (the final time I was in there, the server bemoaned the fact that despite multiple efforts, they just couldn’t attract the interest of the Food Network, leading me to spend my meal contemplating the horrifying implications of living and eating in a world where Guy Fieri’s gruesome visage is the only thing standing between life and death for America’s aging neighborhood restaurants). At Rice Street – hey, there’s Wilebski’s Blues Saloon, a cavernous music venue where I’ve ended up on a few occasions at the end of one of those fuzzy St. Paul evenings being driven from bar to bar by an excitable party of locals. If Lake Phalen is St. Paul’s living room – and judging by the enormous number of people on the trail, beaches and picnic areas during the warm months, it probably is – then Wheelock Parkway is a hidden corridor you open by pulling a book off the bookshelf, a passageway lined with eyeholes that peer out of painted portraits on the walls. 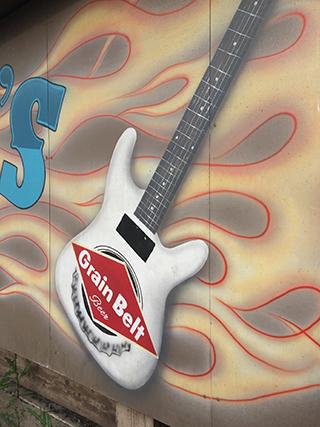 Today, a few portions of the parkway are marked with road closure signs for late May, when construction begins on the Grand Round project. Going back to Bill Lindeke’s piece here last winter, the project will change the face of the parkway considerably, tying it into a larger network of trails and parks around the entire city.

Though Joseph Wheelock is largely forgotten today, particularly compared to Minneapolis contemporaries like Theodore Wirth who still linger in the collective cultural memory, the new Wheelock Parkway will be much closer to what he probably envisioned in his time with the parks commission in St. Paul. Even tied together with the larger infrastructure, though, it will probably still retain that unexpected, meandering quality in the way it loops around the top of the city from one lake to another.