There are four former surface-to-air Nike missile sites around the Twin Cities metropolitan area, thirty miles out in each cardinal direction. They form a protective ring – or, I guess, a crosshairs – around the urban center. In the event of Soviet bombers flying over the North Pole to annihilate the United States, these missiles were meant to serve as a last defense of American cities, taking down the incoming bombers about 90 miles away from their targets. Tipped with nuclear warheads, a single Nike missile was meant to destroy a large formation of bombers in one blast, before they could deploy their payloads.

In the October of 1959, the United States Army constructed these launch sites, as well as some barracks for the men who manned the missiles, in rolling farmlands near Farmington, Isanti-East Bethel, St. Bonifacius and Roberts, Wisconsin. They were each decommissioned in 1971, when the burden of the nation’s domestic missile defense plans shifted west to the Great Plains.

Nuclear war was, in the late 1950s, something that happened up-close. The intercontinental ballistic missile program that would define nuclear war in the public imagination didn’t get going until the 1960s, when hundreds of out-of-sight, out-of-mind Minuteman missile sites were built across the Dakotas, Montana, Wyoming and elsewhere on the High Plains. I recently came across a guide to these sites from the late ’80s, and the lurid nicknames applied to the missiles by residents and activists is at perfect odds with their complete invisibility on the landscape: Holy Terror, Womb Envy, Pluto’s Bayonet, Planetary Slaughterhouse.

Before the heyday of Planetary Slaughterhouse and the advent of the ICBM and nuclear submarine, though, the best way to deliver a nuclear payload was for crews of men in long-range bombers to fly over the North Pole and drop them on their targets personally. It was these men in their airplanes the Nike missiles were meant to destroy.

The Nike missiles were stored in an underground magazine, to be raised out of the ground by a hydraulic elevator before launch, so they weren’t looming against the skyline in a particularly dramatic way. The barracks and radar arrays were visible against the landscape, though, and a physical reminder that when and if nuclear war came to the United States, you’d see where it might all end in the course of a daily commute down the local county road. To that end, all four sites are still visible and in various states of preservation. You can even walk up pretty close to some of them.

The two most visible Nike launch sites are those in St. Bonifacius and Farmington. Near the former, there’s a Nike missile, purchased long ago by a local businessman, and now propped upright with a fresh paint job and an interpretive plaque in a city park, provided by the local historical society. The latter is still barricaded with barbed wire, right on the side of the road. It went through a few owners in the 2000s. It’s currently being developed into an indoor farm. 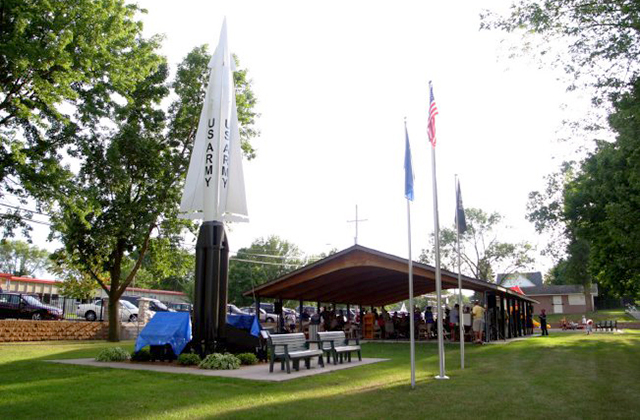 Courtesy of the Minnesota Historical Society
The Nike missile on display near downtown St. Bonifacius.

I drove out to the St. Bonifacius site, mostly because it was the nearest to my house, but also because the launch site seemed, at least from Google Maps, to have left some visible marks on the landscape.

The old barracks are located on Nike Road, a short spur that comes off of County Road 24. It’s not far from 46th Street, one of those improbably named country roads whose name suggests an endless urban grid emanating from Nicollet and Washington Avenues and covering the earth like longitudinal and latitudinal lines. Nike missile sites typically had a launch area separated by about 1,000 yards from an Integrated Fire Control (IFC) radar array. The site is still almost as remote as it would have been in 1959, though exurban development is starting to creep in from the south.

It’s just tucked back in the landscape enough to discourage exploration. Still, even from the road, seeing the tops of the barracks and radar array peeking over the tree line, it has an unmistakably martial quality that hasn’t been diminished by the years. 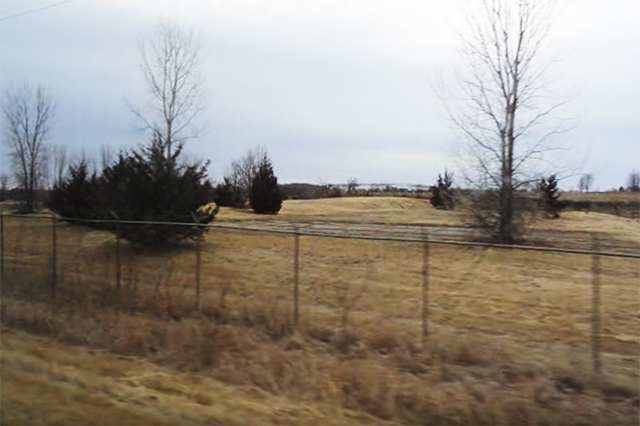 Courtesy of 8th AFHS-MN
A fence surrounding the launch site outside St. Bonifacius. No aboveground buildings currently exist, but you can make out the launchpads from above.

Since I grew up in the 1980s, my views of the inevitable nuclear devastation of the United States were formed by the pop culture images of that decade. I imagined when the Soviet missiles came screaming over the North Pole to blow up the state of Kentucky – we all agreed, in my elementary school, that Fort Knox probably put us third on the Soviets’ list, after New York and Washington – that it would all happen pretty quickly and anonymously.

I imagined grandfatherly President Reagan hearing from some generals that the missiles were on the way, and him saying, “Well…,” and pressing an oversized red button in the Oval Office, and then everything going white. It was Matthew Broderick in his bedroom, hacking into NORAD and initiating a bloodless, unseen, digitized nuclear exchange on a home computer.

The visible presence of the Nike sites on the landscape call to mind an earlier movie, though – Stanley Kubrick’s “Dr. Strangelove.” I think of Slim Pickens, James Earl Jones and Shane Rimmer in black and white, just a few years after Hirsohima, up in that B-52. They’re sweating and anxiety-ridden and awaiting their orders. They’re the human face of nuclear apocalypse. The Nike missile sites are not the Cold War of “WarGames,” but the Cold War of “Dr. Strangelove.”

For better or worse, movies are really my best frame of reference for imagining these scenarios – that’s growing up in the late 20th century for you. One of my favorite scenes from any movie – and one I return to on a regular basis when I need to be reminded of how thoughtlessly self-destructive humankind can be – is at the end of the 1982 documentary “The Atomic Café.” 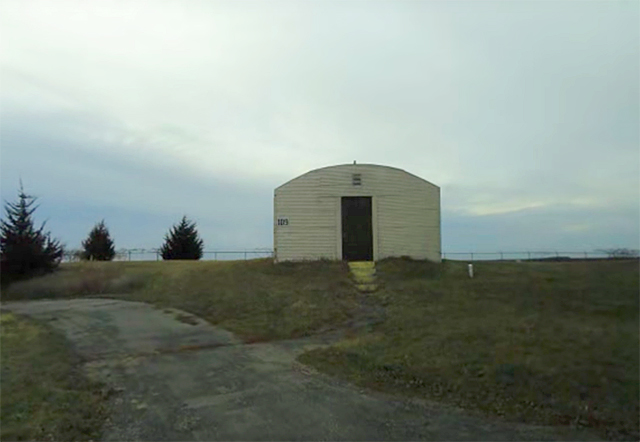 The film is created entirely of  ’40s-’60s era educational filmstrips, military training films, propaganda shorts and TV spots, assembled into a beautiful, funny and frightening impression of the blithe naiveté of the early atomic age. It manages this without a Voice of God narrator, or really much explicit editorializing by way of the typically sort of juvenile, ironic juxtapositions of audio and video you often get in these sorts of productions.

At the very end, there’s a passage scored by Liszt’s “Hungarian Rhapsody #2” that serves as the movie’s thesis – a recreation of what a Cold War nuclear exchange might look like, all assembled from existing footage that suggests just how ready both sides were.

You probably know “Hungarian Rhapsody” from Bugs Bunny cartoons, but the beginning of the piece, used in “The Atomic Cafe,” has a creeping, ominous quality. The passage shows civilians on the ground, ducking and covering and diving under desks and into fallout shelters in cities and suburbs. But it also highlights the pilots, up in the B-52s, their faces covered entirely by oxygen masks and helmets – everything except for their eyes. Those eyes dart around, looking through viewfinders and working the controls that will guide the bombs to their destinations. Despite their steely professionalism, it’s hard not to see, reflected back, some sense of anxiety about the enormity of their task.

The Nike missile sites put you on the other side of that. Walking around the perimeter of the St. Bonifacius site, I thought of the men staying in those barracks, trained to put a nuclear-tipped missile in the air in about fifteen minutes. How would it feel to be in those barracks, waiting around for the Soviet bombers to fly over Mille Lacs en route to the Twin Cities? How would it feel to live down the road, passing the radar station on your way to the grocery store? Randy Getchel, in a recent piece on the Isanti County Nike missile site for the Anoka Historical Society, quotes a farmer in 1960, shrugging fatalistically at his proximity to the missiles: “if the buttons are ever pushed … it really wouldn’t matter anymore.”

That’s what these buildings, either abandoned or reused and standing guard on the landscape, still say. I pass them and think of the opening notes of “Hungarian Rhapsody” and think of how that farmer was correct; it really wouldn’t matter where you were if the buttons were pushed. Getting up close to what was not that long ago a magazine of short-range nuclear missiles in the middle of a wheat field, however, and seeing those structures, you rephrase the farmer’s quotation out of the passive voice. People have to push buttons, and however reluctantly or cautiously, people were ready to do so.

They still are. The Nike missiles are gone, but their descendants Holy Terror, Womb Envy, Pluto’s Bayonet, and Planetary Slaughterhouse are still there, in silos deep underground beneath North Dakota and Montana.