The Line caught up with Dessa, the literate, soulful, and inventive female member of the Doomtree collective, in her Lowry Hill apartment, only a few days after the seven members of Doomtree had returned from a European tour. Doomtree, as you probably know, is one of the standard-bearers of the Twin Cities’ vibrant underground hip-hop scene, and it’s riding high right now (see our note in Buzz this week), having been a sensation at SXSW prior to the European trip.

It’s a galaxy of quite different musicians who range the sonic landscape from bouncy old-school beats to industrial thunder to operatic grandiloquence to worldly-wise cabaret-style torch singing.

We wanted to ask the thoughtful, super-articulate songwriter, literary artist (she’s  working on her second book of creative nonfiction) and rapper with the gorgeous alto to share some observations about her art and the creative community around her.

The Line: Dessa, tell me a little about how you came into the world of rap and Doomtree.

Dessa: I had aspirations of being a writer. I really dug the genre of creative nonfiction. But I wasn’t sure exactly how to translate that aspiration into a vocation. And knowing that I wrote a lot, my roommate one year encouraged me to attend a poetry slam. I went, I dug it, and she said, “I think you could do it.” So the next month, when the competition was held, I submitted, I performed, and I ended up winning. Unbeknownst to me, the winner was obliged to compete on behalf of the Minnesota team for the next calendar year!

So for me the entry point was spoken word, and it was through that community that I met a lot of the hip-hop artists who are now my friends and labelmates. I think that was all around 2002.

The way I met Doomtree was circumstantial in many ways. I had a friend with whom I was performing, and he handed me a pile of CDs that included a lot of underground hip-hop music, and one of them was Doomtree. I really liked them, and I said, “Wow, these guys are really cool. Are they from the Pacific Northwest?” And he said, “No, they live next door.” Actually, I think they were two houses down.

The Line: Then they eventually asked you to join, right?

Dessa: Yes. It’s sort of a self-curated group of people.

The Line: Given all the influences in your music, from poetry to cabaret to indie singer-songwriter music, to jazz, and even flamenco, what is it about hip-hop that makes that genre the one you most identify with and practice in?

Dessa: I don’t know if I can speak to that very well, because I don’t have a standard of comparison. I’ve only had one career, and that’s been in hip-hop—but I will say that one of the aspects of rap music that’s most important to me is the word count. In a three-minute folksong, you have far fewer words than you do in a rap song. In hip-hop, you really have the room, and the ink, to be able to introduce and fully develop an idea, a long narrative. You have the opportunity to create kind of a musical essay, which would be hard, and usually isn’t allowed, in another genre.

Some barriers aren’t as impermeable as we think. Telling a story on a page and telling a story against a backing track certainly are different, but they’re not irreconcilable.

The Line: What do you bring to Doomtree that it might not have without you? Is it your literary sensibility?

Dessa: I do a lot more singing than any of the other vocalists; that’s one obvious answer. And [Doomtree member Cecil] Otter is a poet, so I am reluctant to name myself the only, or the predominantly, literary member of the group. We’re five very different artists, but there’s a lot we have in common. So it’s tough to take a “superhero” approach.

Pushing and Pulling Each Other 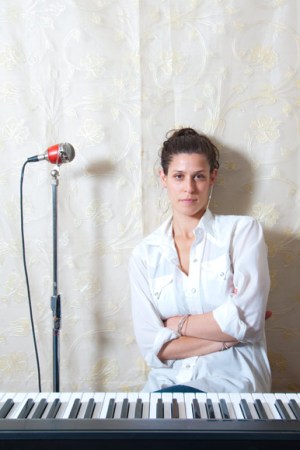 Some of our music is phenomenally aggressive, some of it is contemplative and beautiful, some of it’s industrial-sounding. And probably the strength of the collective is that we each push or drag one another into terrain we might not otherwise have explored. I don’t know if I would have written music over really heavy industrial drums and synthetic bass lines if I hadn’t met [Doomtree member] P.O.S. Of course having worked with each other for between seven and ten years, depending on when each person joined, we’re more comfortable collaborating now, and that probably shows on the record; it feels more natural than in the past.

The Line: Where do you see yourself and the collective fitting into the Twin Cities music scene?

Dessa: Doomtree is a member of a lot of sets. We’re a member of the small-business community in the Twin Cities, a member of the hip-hop community and the larger musical community. And I would imagine that the position we occupy in any given year is likely to change in the next year. We’re not a monolith, like Honeywell—and even Honeywell changes, right?

Why Here? Why Now?

The Line: Why do you think there is so much innovative music, including hip-hop, coming out of the Twin Cities and Minnesota these days?

Dessa: I think our region has a natural DIY ethic. We know there aren’t a bunch of talent scouts here waiting to invest an exorbitant amount of capital in a new group. That new group knows it is going to have to make its own opportunities. I also think the model of successful entrepreneurs here has done a lot to galvanize emerging talent. Rhymesayers has been very successful as a self-reliant, self-directed startup. Their success, I’m sure, has informed a lot of others. And we have vibrant traditions here in a lot of genres, from folk to dance music to rock.

The Line: Are Twin Cities audiences particularly receptive to the variety and complexity of your work?

Dessa: I think we’ve found pretty receptive audiences in most areas of the United States, especially in the Bay Area, New York, and Denver. With the Twin Cities, those are probably our four strongest markets. We’ve found people in all of those markets who are less interested in naming the music with genre terms than they are with enjoying the music. That said, Minneapolis is known for having very mixed bills—you can have a rap artist and a folk artist and even a heavy metal artist in the same evening.

The Line: What would you like to see more of or less of in the local scene? Where can we improve?

Dessa: I think sometimes we are less critical than is healthy for our scene. I think music writers do a great job when they invite readers to hear music that they enjoy. But if you didn’t love the show, you don’t have to stand up at the end and clap. I don’t think a lot of trash talking does anybody any good, but when we reserve our highest praise for only the most excellent work we safeguard its value.

‘We mean what we say’

The Line: Here’s the classic The Line question: What does Doomtree contribute to our city?

Dessa: I think we do our honest best; we love what we do, we mean what we say, and you can perceive that when you attend a live show or listen to a record.  All seven of us are driven by the warm reception we’ve had in Minneapolis and Saint Paul to try harder.

But I don’t spend much time trying to assess the effect I’m having—that will either drive you nuts, make you sad, or make you indulge in conceit. What people are taking from my music is their own personal experience. As for me, I try to craft my music the best I can, then I send it down the river and go on trying to be a decent person.

Jon Spayde is Managing Editor of The Line.