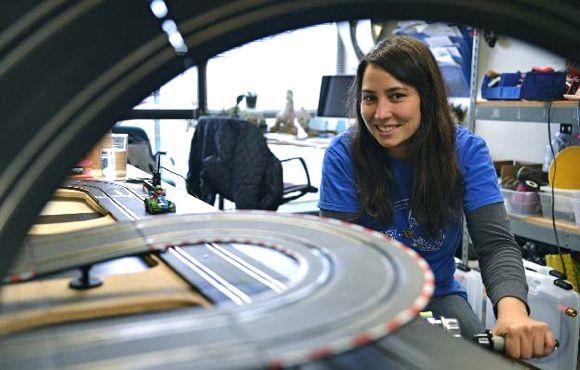 Photo by Bre McGee
Ward with one of her KidWind projects, bucket charger race cars.

Science, magic, memory and art: These are among the tools artist and educator Asia Ward brings to her work. She’s a longtime developer of educational experiences for the Learning Technologies Center at the Science Museum of Minnesota in downtown St. Paul. She also does similar programs for the KidWind Project in the Creative Enterprise Zone of St. Paul, teaching teachers how to create hands-on creative learning projects on renewable energy.

Her workshops are is electric, literally. She loves showing participants — of all ages — how to work with basic circuitry, computer game programming, stop motion animation, and hacked sensors and toys.

“I get the audience involved in what makes me interested in what I do: the magic of electricity,” she explains.

“I might do this by encouraging the audience to make digital music from the conductive juices of fruit and vegetables, and by holding hands,” she continues. “I use educational technology and programs, like Scratch from the MIT Media Lab, to demonstrate the basic concepts of electricity and programming. I want the audience to get excited enough, bothered enough, to talk to me without my asking if they have any questions.”

Ward is currently an artist fellow with the Public Art Saint Paul’s new art-science program City Art Collaboratory. She’s developing a project, “Mississippi Draw,” downtown by the Mississippi River in which she’ll use a microscope and a projector to enlarge plant life and invertebrates taken from the water. A scientist will provide insights into the creatures and their environment. Free drawing materials will allow people “to capture and understand what they see through sketching and drawing,” says Ward.

Showing others ‘how to make’ 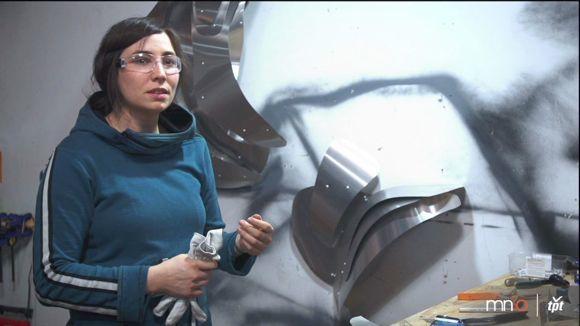 Keith Braafladt, who has worked with Ward at the Science Museum, is familiar with her ability to involve people in thinking like an artist, like a scientist, or like an activist. He’s done many science- and eco-based workshops with her. What he remembers most vividly is a workshop for the alumni and students of the Minneapolis College of Art and Design.

Ward was talking about shadow dioramas, but the subtext of her presentation was the way she conveyed, through her example, how artists can give their techniques, their knowledge of how to make, to the community.

“Artists usually just show the finished work, but she was showing the practice, what’s behind it, so you can do the work yourself, you can tinker with the techniques,” Braafladt says. “You’re dropping the pretense … when you show people how you do it.” Which, he adds, is what people participating in her workshops want to know the most.

She grabs, and holds, people’s attention by tying her point to their daily lives. When she talks about renewable energy, she talks about charging a cell phone. She takes this approach into her art as well.

While she sees herself as a sculptor first, she also sees sculpture as a very open field. Like sculptor Chris Burden, Ward considers artmaking a realm of permission, where people are free to create and perceive things that would otherwise be inaccessible to them. 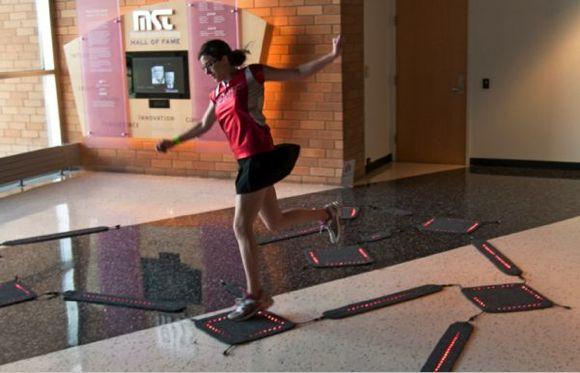 “I like luring people in with appearance, design,” Ward says. “I make objects. I have this ability to transform things, which is very magical. If I can get an idea across though an object, that’s a pretty big deal.”

For more on her process, go to this video produced by MN Original.

Her earliest works in Minnesota were small animatronic stuffed animals — old toys that she remade with electronics inside. The qualities of their movements were emotional, individual — not something that could quite be associated with the idea of “machine.” They were somehow alive. People found them extremely engaging, in part because you had to interact with them: wind them up, flip a switch, to make them move.

When people from the Science Museum saw her animals in 2006, they invited her to be an artist in residence at the Learning Technology Center.  She began developing curricula for teachers. Eventually, she began creating curricula for the museum’s programs, and became an instructor, education coordinator, and program specialist assisting in the development of exhibits and volunteer-run exhibit programming.  She continues a consulting association with the Science Museum to this day. 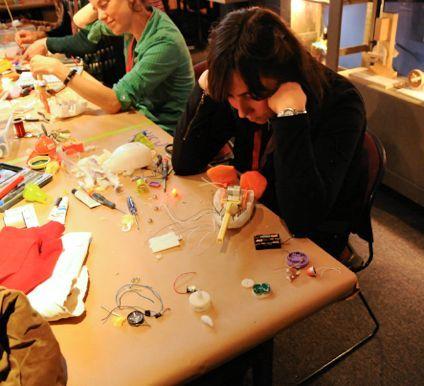 Courtesy of Asia Ward
Ward tinkering with the gearbox of a mechanical chicken.

Ward explains that she always had a strong interest in science, and that she excelled in both biology and art, but that art seemed like the more flexible direction: “Art was my way of working on both of those interests.”

When she starts a project she researches the subject like a scientist would. For her animatronic animal sculptures, she studied the evolution of sea, island and cave creatures. The sculptures, she says, were “my way of pre-evolving toy animals that were once loved, in order to make them more relevant and interesting in the present. ” Eons of evolution map onto personal history, here, in a fascinating mash-up of art and science.

In 2003 Ward became an intern for Franconia Sculpture Park, located just outside of the Twin Cities.  At Franconia she scaled up her small animatronic work and created “Flying Horse,” a 24-foot-tall welded steel and plastic-covered bird-like horse, with the interactive component of a rope to pull to make the horse’s wings flap.

Franconia’s always had a mandate to put art out into an always-accessible (open dawn to dusk, 365 days of the year) open field. Ward’s horse drew people to the park, its immense silhouette visible from the road — tantalizing, grand and daffy.

More recently, Ward’s been making wall reliefs using thin aluminum flashing to create atmospheric works that look like clouds, water and natural forces. She rivets the aluminum pieces together, clipping and shaping them as they emerge from two dimensions into three. Most recently she’s added light (and very dramatic shadows) to these sculptures. They fill a room with resonance and evoke ponds and bogs, fertile zones whose fecundity can seem almost threatening. 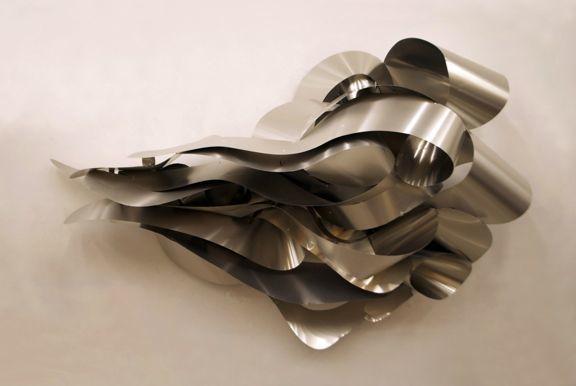 New work, like the Artists on the Verge piece she made for the Soap Factory, breaks away from being an object and becomes the environment itself. Her setting last fall for composer Chris Strouth’s “Antarctica” performance at Public Functionary — a “glacial installation” under which a Minneapolis choreographer led a group of dancers — combined an otherworldly, futuristic darkness with a chilly environment familiar to Twin Citians. 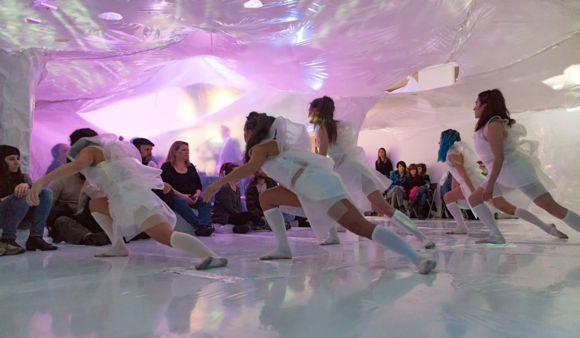 In the future, Ward says, she’s interested in doing big permanent work and work that channels the sciences. She also wants to create environments that embody the animal and feeling world. Through public workshops, interactive installations, presentations, artwork, and in her job, Ward takes an approach that’s both universal and personal.

“What interests people is the unexpected,” she notes.

This article is reprinted in partnership with The Line, an online chronicle of Twin Cities creativity in entrepreneurship, culture, retail, placemaking, the arts, and other elements of the new creative economy. Ann Klefstad is a longtime arts writer who served as the founding editor of the online journal mnartists.org and was the arts and entertainment reporter for the Duluth News Tribune. She is also a sculptor interested in the give-and-take of collaboration on public art commissions, and has built works for the cities of St. Paul, Minneapolis and Duluth.

Artist/educator Asia Ward: creating the unexpected through a singular blend of art and science