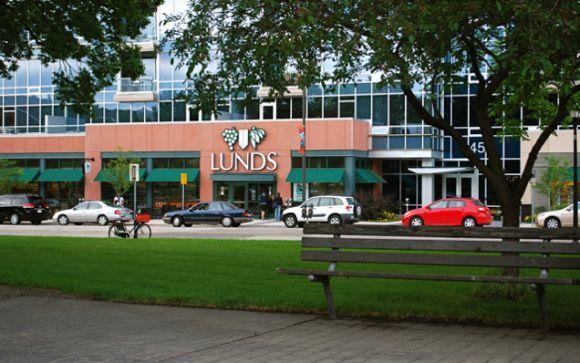 Downtown areas are on the rebound. With that comeback, they’re bringing new development, including a surge in downtown retail that’s unlike anything we’ve seen in the past 30 years.

As U.S. Census data confirms, we’re a nation that’s increasingly migrating from rural and suburban areas back into cities. Our urban population increased by 12.1 percent from 2000 to 2010, and it continues to grow.

“The percentage of our nation’s population living in a metropolitan area ticked up from 85.3 percent in 2012 to 85.4 percent in 2013,” wrote Marc Perry on the U.S. Census Bureau’s blog in March. That might not seem impressive, but population in “micropolitan statistical areas” (“the kid sister of sorts to metro areas,” Perry explains) increased only 8,000, and the number of people in rural areas dropped by more than 35,000.

“So metro areas were responsible for virtually all of our nation’s population growth,” he adds. The reasons include an economy in recovery since 2012, an increase in creative and tech industries (as heavy manufacturing has declined or moved outside cities), and an influx of young professionals and retiring baby boomers who want walkable neighborhoods and cultural amenities.

Living in the city is the new normal, or as close to it as we’ve seen in generations. Take Minneapolis-St. Paul as an example. Its population grew 10.5 percent from 2000 to 2010, according to the Census Bureau, and Minneapolis has plans to increase its density by 75,000 new residents in the next decade.

Meanwhile, the City of Denver’s population increased 16.7 percent between 2000 and 2010. Even cities like Cleveland, whose population has been declining since the 1950s, are seeing sharp growth in young, educated professionals, as shown in a recent study.

With the rise in urban living, cities are seeing a boom in amenities. Urbanites want amenities that support their lifestyle and provide everyday necessities, and building a complete city is essential to sustaining growth.

What are the amenities needed to support a dense urban environment? The answers go beyond nightlife and restaurants. Parks, retail, child care, schools and bike sharing are on the rise.

When it comes to rebuilding cities, density is critical. In Minneapolis, officials and planners have been busy projecting and planning for future growth. The Minneapolis Plan for Sustainable Growth and the Minneapolis Downtown Council’s Downtown 2025 Plan both have targets. The Downtown 2025 Plan calls for housing and amenities for 70,000 new residents by 2025 “as a catalyst for driving downtown’s next wave of business vitality, social improvement and cultural renewal.”

According to Steve Cramer, president and CEO of the Downtown Council and Downtown Improvement District, “Right now we’re on track to achieve that goal.”

Currently, 3,000 housing units are under construction around the city’s central core. That level of density “supports programming and retail, and creates a 24/7 environment that generates safety and comfort,” says Cramer.

Cities need amenities for everyday living, not just sports stadiums and restaurants. In the past few years, two new Lunds food stores have opened in downtown Minneapolis, along with a Whole Foods with housing above and parking beneath in the North Loop neighborhood. Convenience stores fill out the grocery market.

Vibrant streets are also critical. Here, lively streetscapes lead to two farmers’ markets. Nicollet Mall — the retail hub of the city with a Target, high-end department stores and 130,000 jobs — is being redeveloped by James Corner Field Operations, the firm that designed the High Line in New York. Restaurants and breweries have been popping up throughout downtown.

“We have all the major bases covered,” says Scott Parkin, co-owner of Verve Realty, of the city’s amenities. “The beauty of downtown development is that, unlike in the suburbs, density is always a positive. The value of property increases as you add density in an urban setting, because the amenities increase along with that density.”

Today’s urbanites don’t want to be tied to their cars. Minneapolis-St. Paul has minimized the need to own or use a car with citywide bike trails, the healthy Nice Ride bike-sharing program, light-rail and bus routes. Car- and ride-share programs like Car2Go, Uber, Lyft and HourCar are also available for when a car trip becomes necessary.

Downtown Minneapolis isn’t all hard edges and concrete surfaces, either. Parks proliferate, with options for dog walking, recreation and hanging out. The Mill District along the Mississippi River, with its restaurants, museums, theaters, festivals and concerts, is a big draw.

What the city needs next, says David Frank, Minneapolis’ director of transit development, are high-performing schools. Frank lives in the North Loop with his family and also heads up the North Loop Neighborhood Association, which is collaborating with the Downtown Council and Minneapolis school district to locate an elementary school downtown. Currently, there are plans to renovate a shuttered school north of the river.

One of the smartest things Cleveland has done, beyond renovating its historic buildings into new apartments and creating a lively food scene, is to invest in public transit. Euclid Avenue, the historic main street, bustles with new investment thanks to a 10-year-old bus rapid transit line, and free shuttles take people throughout downtown.

Downtown Cleveland’s residential population will soon approach 15,000, double the number who lived there a decade ago. It’s one of the fastest-growing communities in the region.

“Cleveland, like a lot of other American cities, is experiencing a surge in interest from young professionals who want to live, work and play in the same environment,” says Joe Marinucci, CEO of the Downtown Cleveland Alliance. “They want an urban experience, with mass transit and the ability to bike or walk to work.” Developers are racing to convert office buildings to apartments to meet the surge of demand from millenials and empty nesters.

Many of the historic buildings that Cleveland has repurposed now house offices for tech companies and startups, plus mixed-use retail, cafes and restaurants on the pedestrian level. The newly rebranded 5th Street Arcades has attracted dozens of small shops, many of which are service-oriented and fill critical gaps in the market. “By introducing mixed use into the core of downtown, we can create a much more vibrant environment,” Marinucci says.

Courtesy of the Minneapolis Parks Foundation
The North Loop playground

Vibrant cities also need places for people to just hang out. Cleveland created a pocket park, the Plaza at Chester Commons, which attracts almost 2,000 people once a week for a food-truck buffet billed as Walnut Wednesdays. “The area around the park is also now an epicenter of our business development strategy,” Marinucci says, as businesses are attracted to the amenities of the park and office workers find community in the food truck event.

Where do downtown residents shop for groceries? Previously, they had to leave the area. That problem will be solved when a full-service grocery store, the suburban-based Heinen’s, opens early next year, a major coup in an area with little population 20 years ago. “They made the decision to move downtown based on our potential growth,” Marinucci says.

The City of Cleveland also recently opened a new downtown day-care center, and officials are working closely with the school district on a new K-12 school to serve downtown families.

Multi-modal hub and a new school

Denver is a growing city, in part because of the region’s reputation as a mecca for quality of life and outdoor activities. That boom has set the stage for similar growth in the amenities available to the city’s urban population, including a new transit center and a new school.

Starting in the 1990s, Denver began adding population by attracting empty nesters with the conveniences of downtown restaurants and cultural attractions, and young professionals and families searching for an energetic urban lifestyle. Case in point is the development of LoHi in the downtown Highland neighborhood. LoHi quickly attracted young singles, urban professionals and growing families who enjoy proximity to galleries, coffee shops and eateries. The Highland pedestrian bridge connects LoHi to the rest of downtown.

Additional development followed: office towers and residential high rises, a mass transit system, the designation of Lower Downtown as a mixed-use Denver Landmark District, the conversion of the Central Platte Valley from a rail yard to an urban neighborhood, and the development of green spaces and parks. In 2014 alone, 24 projects are slated for completion— including 6,000 residential units and 2.7 million square feet of office space.

“I just got in from a tour of downtown, and we counted eight cranes,” says Evelyn Baker, deputy director of community planning and development for the City and County of Denver. The Downtown Denver Partnership highlighted $5 billion worth of development in the city center since 2008 with its new Downtown Denver Development Map.

Baker says government’s role is guiding development and fostering a mix of amenities. “We’ve made sure we’re ready by taking care of what is within our control: setting the stage with the right zoning and regulations in place for the right things to happen.”

Among the “right things” are the first public elementary school, which is being created “because we’re seeing more young families that want to stay downtown,” Baker says. Historic Union Station opened in July as a multi-modal transit hub, with new residential high-rises under construction around it.

New Downtown Denver Circulator buses operate between Union Station on 18th and 19th streets. Denver has a robust bike-sharing program that operates year-round. Two groceries have opened: A compact version of the chain King Super and a Whole Foods, both with housing above. Cafes, restaurants, creative agencies and breweries are popping up.

The city is also looking to redevelop its riverfront. “The Platte River is a great amenity that’s historically been an industrial area,” Baker says. “It evolved to be a fun, funky place with a lot of creative industries, breweries and an arts district. It has a lot of untapped potential.”

Amenities are crucial for growth

Although every city is experiencing residential growth in its own fashion, what they have in common are their efforts to attract the right amenities to serve that growing population.

Detroit continues its gradual comeback story with a new dog park in Corktown. The Detroit Riverfront and ongoing development of the Dequindre Cut — an abandoned below-grade railway turned into a public park — draw residents and visitors alike with walking and bicycling paths, nature trails and events. Detroit’s creative reuse of vacant land has also spurred new businesses. The city is now home to one of the nation’s first urban flower farms, Fresh Cut Detroit, which offers weekly bouquet service and wholesale flowers for businesses.

In Pittsburgh, a focus on multimodal transportation is attracting young professionals. The city was recently awarded funding for safe, dedicated bicycle lanes from the advocacy group PeopleForBikes’ Green Lane Project. A new bike share program debuts this summer, offering “free” 30 to 60 minute rides through annual or 24-hour memberships. Bikes, which are available 24/7, can be returned to any of the 50 solar-powered stations in the system.

In urban environments, research shows that little changes can have a huge impact. That’s evident in the “toolkit” created by Washington, D.C.’s, Office of Planning and Streetsense last year, a step-by-step guide to making streets and neighborhoods appealing to retailers.

Out of hundreds of factors considered, Streetsense came up with eight that really mattered in the retail environment. They include ownership and management of new development; ensuring that streetscapes are pedestrian friendly and have 24/7 activity with a mix of uses; and working with developers to provide a cultural feature that anchors the retail district.

This article is reprinted in partnership with The Line, an online chronicle of Twin Cities creativity in entrepreneurship, culture, retail, placemaking, the arts, and other elements of the new creative economy.  Camille LeFevre is the The Line’s managing editor and a freelance arts journalist and communications strategist in Minneapolis-St. Paul.