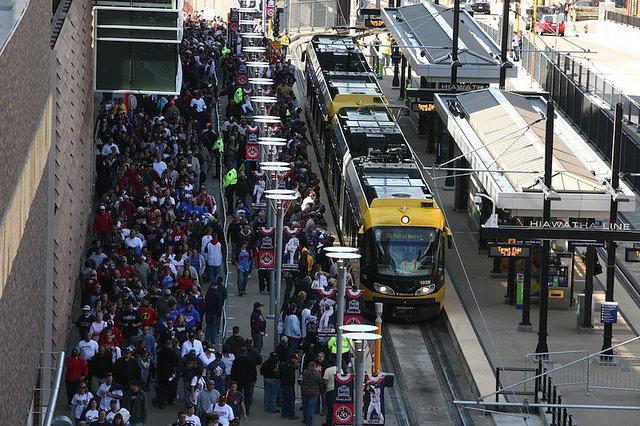 Baseball season is once again upon us and things are looking up for MSP’s local teams. At Target Field in Minneapolis’ North Loop, the Minnesota Twins are off to a great start, winning game after game and (fingers crossed) looking like they’ll contend for the playoffs for the first time in several years. Meanwhile, the St. Paul Saints are settling into a beautiful new ballpark in the heart of St. Paul’s Lowertown. Just months after opening, CHS Field is already being lauded nationally as one of the country’s finest minor league ballparks.

Bottom line: You can find plenty of reasons to take in a game or two this season. But why not make a day of it? The teams’ respective homes occupy two of MSP’s most vibrant neighborhoods, so there’s no shortage of sights to see (and taste) within walking distance. The fields are also bookended by Green Line light-rail stops, which means easy access to a reliable transit network that invites opportunities to venture farther afield — either before or after the game — without have to getting into and park the car.

Here are some pre- and post-game ideas about what to do and see along the Green Line.

What to do near CHS Field

Mears Park. Lowertown’s best-known, best-kept outdoor space is perfect for escaping the crowds massed outside the ballpark before and after the game.

Public Kitchen + Bar. Fancy a fancy end to your Saints experience? Head over toPublic Kitchen + Bar, a refined space in the historic Noyes & Cutler Building within eyeshot of Mears Park. The menu is a laundry list of New American classics, but the real highlight is a stunning lineup of craft cocktails. The deals get better at happy hour: 3 p.m. – 6 p.m., Monday-Friday, and daily 9 p.m. – 2 a.m. 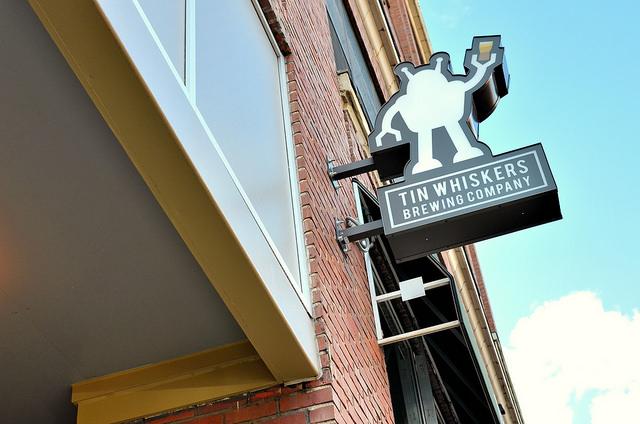 Great Waters Brewing Company. Green Line: Central Station. One of St. Paul’s original craft breweries is about more than just craft beer. Great Waters has a full wine and scotch-heavy liquor list here, plus well-above-average pub fare. If beer is your thing, great: On any given day, Great Waters has eight to 10 original brews on tap. Bottom line: Great Waters is great for a pre- or post-game pint and burger.

Minnesota Children’s Museum. Green Line: Central Station. With kids in tow, you’d be remiss not to stop at Minnesota Children’s Museum beforehand. (Or after, if the kids aren’t tuckered out.) MCM takes its “Smart Play” motto seriously; your kids are sure to leave smarter, and you might learn something too. Open Friday-Saturday 9 a.m. – 8 p.m.; 9 a.m. – 5 p.m. other days.

What to do near Target Field

Cedar Lake Trail. After the game, work off some of Target Field’s legendary stadium food (and drink) with a bike quick ride down Cedar Lake Trail, which runs underneath the stadium and connects to Minneapolis’ extensive bike trail network. When you’re done, pop your ride onto a bike-friendly Metro Transit vehicle and head to the next adventure.

Fulton Brewery. Fulton Brewery’s bottles and cans are ubiquitous in MSP liquor stores, and its beers claim hundreds of tap lines around the region. But there’s no substitute for the taproom that started it all. Where else can you get Sweet Child of Vine straight from the source? On Saturdays, don’t miss the hourly afternoon brewery tours. Otherwise, the taproom is open until 10 p.m. Wednesday-Thursday, 11 p.m. Friday-Saturday and 6 p.m. Sunday.

The Freehouse. The Freehouse has quickly become Blue Plate Restaurant Company’s flagship location. The concept: a local brewpub that serves site-brewed craft beer (try the refreshing kolsch on hot game days) alongside competitors’ brews. Simple and beautiful. Oh, and there’s also a full pub menu. If you’re hungry and thirsty before or after the game, it’s hard to beat The Freehouse.

Fine Line Music Cafe. Prefer live music to craft beer? No problem. Head to theFine Line, just a couple blocks from Target Field. With noted artists coming through every week and most shows starting at 7:30 p.m., the Fine Line is a great place to follow up an afternoon game at Target Field.

This article is reprinted in partnership with The Line, an online chronicle of Twin Cities creativity in entrepreneurship, culture, retail, placemaking, the arts, and other elements of the new creative economy. Brian Martucci is The Line’s Innovation and Jobs News Editor.

Take me out to a ballgame and brewpub: Your guide to game-day transit and venturing afield