The debate over replacing Xcel Energy with a city-owned utility took a turn late Thursday after letters were exchanged between the company and Minneapolis Mayor R.T. Rybak.

The Minneapolis City Council held a public hearing earlier this month to discuss the concept of forming a municipal utility— a move that would involve cutting ties with longtime partner Minneapolis-based Xcel.

State law grants Xcel the exclusive right to sell electricity in Minneapolis—a right that would be revoked only if the city created its own utility. The recent public hearing on the matter focused largely on whether to add a referendum to the November ballot in order to seek input from voters.

The majority of the crowd that attended the hearing, however, appeared to oppose the idea, according to a Star Tribune report. The steep cost of acquiring Xcel’s assets and the complexity of running such an operation have been cited as key concerns.

To date, the debate has been somewhat contentious. Xcel stated publicly that it would consider moving from Minneapolis if the city launched its own utility. And a regional vice president for Xcel recently told Twin Cities Business that putting the municipalization matter to a vote is a “divisive path,” and rather than spending time and resources on whether to put it on the ballot, the city should work with Xcel to craft a new plan to meet its energy goals.

But now, an exchange of letters between Rybak and Dave Sparby, president and CEO of Xcel subsidiary Northern States Power, shows that the parties have agreed to work together.

Sparby proposed “an ongoing dialogue that further defines specific plan actions,” but he outlined a few examples in his letter: helping “expedite the development of community solar in Minneapolis,” seeking process improvements for renewable energy projects, and exploring ways to boost participation in the company’s energy efficiency programs. He also said the company would provide city-specific reports about service reliability and invest in the Minneapolis grid—and it wants to create a working group to form detailed plans for meeting the city’s environmental goals, among other things.

The letter, however, came with a warning: “If the city were to adopt a resolution authorizing the city to acquire Xcel Energy’s property to create a municipal utility, we feel it would be difficult to move forward with the proposed actions presented in this letter,” Sparby wrote. 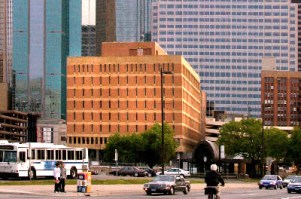 Rybak responded positively. In a letter to Sparby, the mayor wrote that Xcel’s new commitments give him “real hope that we can seize opportunities that have been missed in the past.”

And it appears as though, at least for now, a ballot measure may be off the table.

“I believe, and I think that my colleagues on the City Council believe, that we should not preempt the conversations that come next by putting a question about municipalization on the ballot three months from now,” the mayor wrote in his letter.

Rybak emphasized on Twitter, however, that no official “deal” has been reached—just “positive talks.”

The City Council had scheduled a vote for Thursday on whether the question should be placed on the November ballot, although the latest news from Rybak may impact whether such a vote is held.