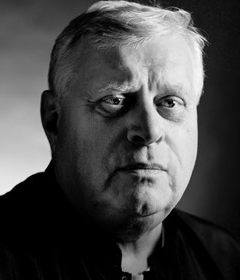 The Ticket — which airs on 105.1, 105.3, and 105.7 FM — launched earlier this year but featured only national personalities, including John Feinstein and Jim Rome.

On Monday, it added a live and local afternoon show featuring former KFAN morning man (and ex-Viking) Mike Morris and co-host Bob Sansevere, a Pioneer Press sportswriter. They will host the 3 p.m. to 6 p.m. drive-time show, Monday through Friday.

Meanwhile, KQRS morning personality Tom Barnard will anchor a show between 6 p.m. and 7 p.m. on weekdays. Barnard will be joined by co-host Don Shelby, the former WCCO news anchor who co-hosts a daily podcast with Barnard. (Learn more about Shelby’s storied career in this Twin Cities Business magazine feature story.)

Sansevere has been sports director on the KQ Morning Show for more than 20 years and will remain with KQRS’ morning programming. Barnard too will continue his duties hosting the KQ morning show. Meanwhile, the new Ticket programming marks Morris’ return to Twin Cities sports radio after a 10-year run on KFAN.

The added programming comes several months after local radio station Love 105 was replaced with The Ticket, swapping out an adult contemporary playlist for sports talk. The station airs on a trio of FM signals owned by Atlanta-based Cumulus Media, the nation’s second-largest radio-station owner in the country, but it mostly programs the syndicated offerings of the CBS Sports Network. (KQRS is also a Cumulus property.)

So what’s the business logic behind adding a third full-time sports format in the Twin Cities and adding local programming? 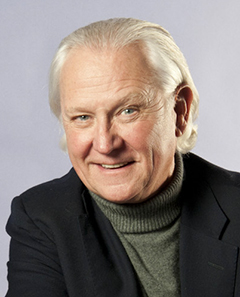 “Cumulus is one of the biggest operators,” WCCO executive and CBS Radio Market Manager Mick Anselmo toldTwin Cities Business. “And CBS has assets to create programming.” The partners each sell advertising and thus control part of the revenue stream.

Last year Cumulus could deliver local males, but not sports. Paired with Cumulus’ other local formats, male-dominated classic rock KQRS and hard-rock 93X, the Ticket rounds out an advertising buy for a sponsor interested in a male audience, but not willing to sacrifice sports programming. Plus, appealing to the same listener profile across Cumulus’ products allows for cross-promotion and economies of scale, Jameson said.

That’s key, because the Ticket’s signals are diffuse — each of the three can only be heard in portions of the metro area, and it’s never delivered great ratings, whatever the format.

Why invest in local programming? No matter how compelling its national programming, The Ticket is fighting two full-time local sports formats.

The format’s baseline reason for existence, however, is a national distribution deal that requires just a respectable Twin Cities market presence, and Cumulus’ expectations are relatively modest.

Meanwhile, Barnard instigated the new show on which he’ll appear. “It was Tom’s idea,” Jameson said. “He just wants to work. He already plays plenty of golf.” The Ticket is focused on afternoons because sports lends itself better to PM than AM drive, Jameson added. “In the afternoon you have a whole day of fresh [sports] news.”

Barnard told the Star Tribune that he won’t receive additional income for his contribution to The Ticket, but it offers him a venue in which to promote his podcast and his KQ show.