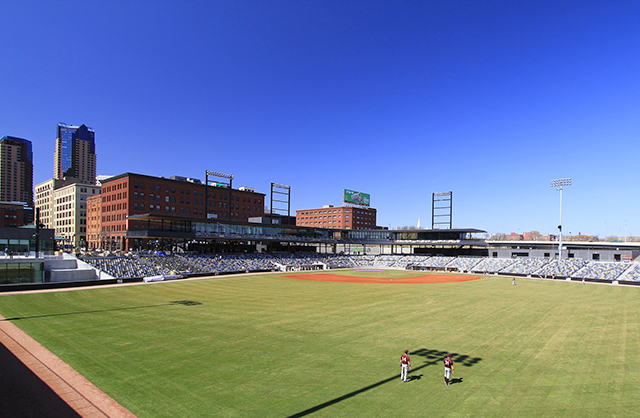 Creative Commons/Michael Hicks
A view of CHS Field from the outfield.

The reaction most have when they see the St. Paul Saints’ shiny new ballpark is that the hand-to-mouth organization is about to make a killing on the taxpayer’s dime. We put that thesis to the test.

In a TCB interview, Marv Goldklang, Saints principal owner and chairman, explained the evolving business model as the team transfers from an aging ballpark in an industrial area to a modern one in St. Paul’s Lowertown.

Several years ago, the City of St. Paul released an estimate that the Saints would have gross operating revenues of $5.9 million in year one. The latest estimate is higher, as are anticipated operating expenses, Goldklang says. While he would not release a total revenue projection, the team estimates that primary revenue categories will fall out like this: 54 percent will come from ticket sales, 25 percent from concessions and 19 percent from sponsorships, compared with 35 percent, 38 percent, and 22 percent respectively in 2014 at Midway. (The Saints take of concession money will be additionally cut because they are sharing it with a foodservice vendor at CHS, instead of self-managing as at Midway.)

Goldklang says CHS, with 1,326 more seats to sell than Midway had, will actually offer more tickets priced in Midway Stadium’s $6 to $22 range than Midway did. “Could we, without any significant market resistance, charge a lot more for our tickets? Absolutely. But if we started down that road, we would erode the essence of what we do and who we are,” Goldklang says. “We are all about family affordability.” 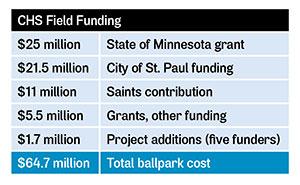 The boon will come from the 766 premium seats, including those in the glass-enclosed Securian Club and Capitol Boxes, which will generate up to one-fifth of ticket revenue. Goldklang expects the team to be profitable its first year in the new stadium, despite expenses that will be substantially higher than they were at Midway.

The Saints’ yearly rent will average about $565,000. “Rent is basically the amount necessary to service [the team’s] $8.8 million in debt,” he says, explaining that rent payments will go toward paying off bonds. Rent is three to four times higher than it was at Midway, where the Saints didn’t have to pay for utilities or groundskeeping. Goldklang says those costs will run in the mid-six figures at CHS Field.

But the revenue opportunities are much greater at CHS Field. For example, the Saints will receive an undisclosed amount from CHS Inc., the agricultural cooperative, for naming rights. Additionally, “our longer-term vision for CHS Field is to make it a year-round venue,” Goldklang says, which includes renting the Securian Club for everything from weddings to business meetings. 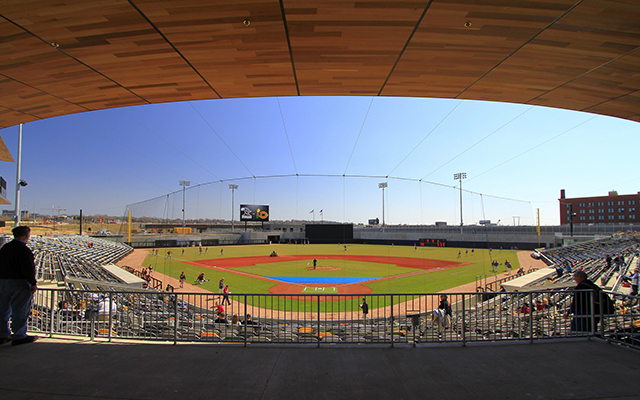 Creative Commons/Michael Hicks
A view from behind home plate at CHS Field.

If the Saints turn an annual profit of $500,001 to $1.5 million, the team must share 5 percent with the City of St. Paul. A higher profit would yield greater revenue sharing for the city.

Goldklang, Mike Veeck and actor Bill Murray own more than 80 percent of the independent league team.

Will the Saints get a windfall from CHS Field?