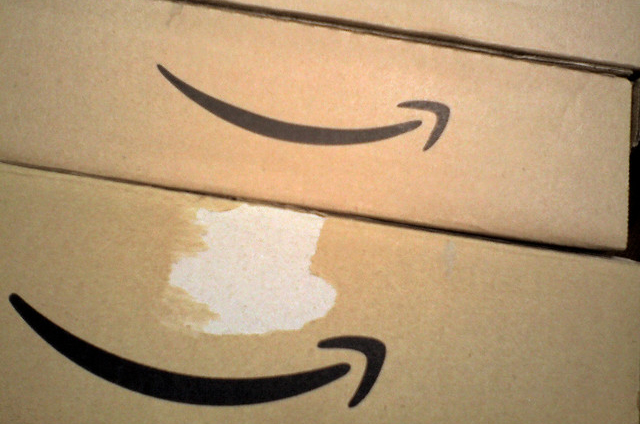 Akira Ohgaki
If consumers can have free, fast shipping from Amazon, they wonder why they can’t get the same features from other retailers.

Amazon.com is finally landing in the hometown of two of the nation’s largest retailers.

The e-commerce behemoth is set to lease a massive, yet-to-be-built 820,000-square-foot “fulfillment center” warehouse in Shakopee, where orders are packed and shipped. The $220 million project—set to open in the fall of 2016—is slated to employ approximately 1,000 people and will be Amazon’s first operations facility in Minnesota.

The looming question for retailers in the Twin Cities is whether Amazon will offer same-day delivery here, as it does in 14 other U.S. metropolitan areas. Another question: Will the Twin Cities become yet another city in which the company expands its AmazonFresh grocery delivery service?

Amazon, well known for being secretive, isn’t saying yet. “We haven’t made any announcements about AmazonFresh or same-day delivery for this area,” says Nina Lindsey, an Amazon spokeswoman.

But clearly, Amazon wants to be closer to its customers here. “We look at a variety of factors when deciding where to place a fulfillment center. The most important is being as close to our customers as possible so we can offer fast shipping speeds and a great Prime service,” adds Lindsey.

Close watchers of Amazon think it’s a safe bet that the company will ultimately look to roll out faster delivery options for the Twin Cities.

“I definitely think there’s potential for same-day delivery there. Their value proposition is centered on immediacy,” says Nicole Santosuosso, junior analyst with Boston-based Kantar Retail, who follows Amazon. “It’s about getting items as quickly to the shopper as possible.”

Santosuosso also notes that Amazon has been pushing to grow its Prime Now service, which offers delivery within an hour or two in select cities: “From an Amazon perspective, it’s rolled out pretty quickly within the past few months. They’re really expanding and investing in it.”

Spokesmen for both Minneapolis-based Target Corp. and Richfield-based Best Buy Co. Inc. declined to comment about competing with Amazon.

St. Cloud-based grocer Coborn’s Inc. has no retail stores in the heart of the Twin Cities, but delivers groceries in the metro under the CobornsDelivers banner. The company acquired the former SimonDelivers operation in 2008.

Rebecca Kurowski, a spokeswoman for Coborn’s, says that the company has not yet seen any indications that Amazon is looking to sell groceries here: “It’s just speculation,” says Kurowski. “We have been watching closely and we will continue to.”

Brick-and-mortar retailers are always scrambling to compete with Amazon. Target, for example, offered free shipping on anything people purchased on its website for one week ending June 6, and during last year’s holiday season. In February, Target dropped the threshold for free shipping on online orders from $50 to $25.

If consumers can have free, fast shipping from Amazon, they wonder why they can’t get the same features from other retailers, says Amy Koo, principal analyst with Kantar Retail.

“Frankly, the appeal of Amazon has been pushing forward expectations for shoppers,” says Koo, who follows Target for Kantar. “The Target shopper who shops online typically already shops in the Target stores. They tend to be the most loyal [customers].”

Meanwhile, Amazon continues to do more to compete directly with the likes of Target. Its latest move has to do with broadly expanding its lineup of private-label brands to include an array of grocery items such as milk, cereal and baby food, according to a Wall Street Journal report at the end of May. Its Elements brand will also soon include coffee, soup, dog food and household items. Amazon also has private label brands called Basics, Strathwood and Pinzon.

Such private labeling helps drive sales. Target’s group of private labels, ranging from Cherokee to Up & Up, Room Essentials and Market Pantry, brought in about one-third of its $72.6 billion in sales last year. And despite its lower price tags, private-label merchandise tends to have higher margins than name-brand items.

Amazon also has plans to lease a separate building in Shakopee, the 162,000-square-foot Minnesota Valley Distribution Center I for use as a “sortation center,” where “customer packages are sorted and consolidated based on final destination zip code to enable fast ship speeds and Sunday delivery for our customers,” according to Amazon’s Lindsey.

Of robots and tentacles

When the dust settles, Amazon will have nearly 1 million square feet of space at the edge of the Twin Cities. Before the Shakopee City Council voted to approve Amazon’s plan, two members of the council—Mike Luce and Jay Whiting—traveled to New Jersey to tour an Amazon fulfillment center there. (John Shoffner, director of business development for the Minnesota Department of Employment and Economic Development, as well as a representative of Greater MSP, were also on the trip.) “They’ve got it boiled down to a science,” recalls Luce. “The robots bring the stuff right to them.”

Amazon’s retail tentacles keep expanding. In late May, the company announced plans to hire more than 6,000 full-time employees at 19 of its fulfillment centers across the U.S. That includes Kenosha, Wis., where Amazon occupies 1.5 million square feet of space in two new buildings. (Amazon declines to disclose the precise number of fulfillment centers it has in the U.S.—it’s more than 50—but the company currently has 109 such centers across the globe.)

In contrast to Kenosha, which is just south of Milwaukee, Shakopee got off cheap. The City of Kenosha provided two up-front grants to Amazon totaling $22 million, which will be paid back through future tax increment financing on the site. Amazon is also slated to receive $10.3 million in state tax credits for the deal.

At the outset of the process in Shakopee, Amazon sought $6.4 million in tax increment financing to subsidize the deal. But in the end, the direct money going to the company turned out to be zero (see “To TIF or Not to TIF,” above, for a look at how Shakopee plans to help Amazon.)

Zohrab Khaligian, community development specialist with the City of Kenosha, says that the Amazon jobs start at $11 an hour, but are slated to increase to $18 an hour—a key point for the city and its assistance to the project. Samantha DiMaggio, economic development coordinator for Shakopee, says that starting wages here will be $12 an hour, and $16 an hour for another tier of more complex jobs.

Shakopee is known to many for the Valleyfair amusement park and the Canterbury Park racetrack, but not thought of as a business center. But with numerous deals in recent years, including the new Shutterfly Inc. facility and the relocation of Datacard Group from Minnetonka, that’s changing.

Brian Netz, an industrial real estate broker with the local office of Colliers International, says that Shakopee has rolled out the red carpet for business, but also offers something that other cities don’t have: large tracts of land ready for development.

“Shakopee has been very bullish on chasing these companies in the last few years,” says Netz.

The Amazon site at Shenandoah Drive and County Road 101 is an expansive swath of 66 acres. “You’re not going to find that in Eden Prairie or Minneapolis,” says Netz.

In the past, Netz says, projects were driven by developers, who rolled the dice on speculative projects to draw tenants. But now, he says, it’s the corporate users who are driving deals: “It’s not the developers coming in and doing it, it’s the actual end user companies coming in.”

Burl Gilyard is a senior writer at TCB.

Look: Free Shipping! (But no profits)

Plymouth-based Christopher & Banks Corp. is by no means a dominant national retail player. The company’s annual sales are less than 1 percent of the revenue that Amazon generates.

But in its most recent fiscal year the women’s apparel retailer did something that Amazon didn’t do: It turned a profit. So did many other Minnesota-based retailers, including Best Buy Co., Inc., fast-growing Evereve (formerly Hot Mama) and Tile Shop Holdings Inc.

Amazon, which began operations in 1995, is long past the bumpy start-up phase. But if Amazon is so smart, why is the retail giant having so much trouble turning a profit?

Amazon’s sales continue to climb at a dizzying clip—growing 19.5 percent from 2013 to 2014. From 2012 to 2014, Amazon has reported $224.5 billion in aggregate sales. But Amazon has reported net losses in two of the last three years. Over that same period, the company has been essentially a break-even operation. Despite its high sales numbers, the business has a combined net loss of $6 million over the last three years.

Although there is increased grumbling on Wall Street about the company’s elusive profits, Amazon still remains one of the most revered and richly valued companies. At the end of May, the company’s stock closed at $429.23 per share, strongly up from $313.78 per share a year earlier.

To TIF or Not to TIF?

When the buzz began about a large company circling Shakopee last fall, Mayor Brad Tabke says that the city did not yet know that it was Amazon. But as the nuts and bolts of the discussion began, early plans called for the city to provide $6.4 million in tax increment financing to Amazon to help subsidize the project.

Tax increment financing involves redirecting increased property tax revenue to help pay for development-related project costs. But amid debate about the financing package, Tabke says that the city was trying to whittle the TIF package for Amazon down to something in the range of $1 million to $2 million.

“That was our target that we thought would guarantee a deal would get done,” recalls Tabke.

But just before the May 19 meeting to vote on the deal a new plan emerged: Amazon would get no TIF money. There is still TIF in the deal, however. Under the approved plan, $5.7 million in TIF will go to Scott County and the city to upgrade roads and infrastructure around the Amazon site.

Atlanta-based Seefried Properties is developing the vacant site, which has been owned by Bloomington-based United Properties. At the May 19 meeting, Tabke noted that Amazon is signing a 15-year lease for the fulfillment center.

“These infrastructure improvements are needed to facilitate growth in this area,” Samantha DiMaggio, economic development coordinator for Shakopee, argued at the meeting.

But not everyone embraced the deal. Shakopee Councilor Matt Lehman cast the lone dissenting vote in the 4-1 action to approve the plan.

Lehman argued the city was spending too much for too little return on the deal and argued that it would exacerbate traffic problems in area: “[Highway] 169 is a parking lot every morning,” he said.

Madeline Koch, spokeswoman for the Minnesota Department of Employment and Economic Development, tells Twin Cities Business that Amazon has not requested any subsidies from the state.

Prime Now is a shopping app that allows customers to get delivery of “everyday essentials” within an hour or two. Prime Now is currently available in six cities:

AmazonFresh is the company’s foray into the intensely competitive grocery arena. At the end of May, the AmazonFresh grocery delivery service was available in five U.S. cities:

What the arrival of Amazon means for Minnesota retailers