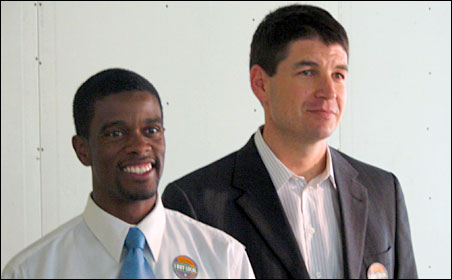 As the Central Corridor light rail lane takes physical shape, with building and road closings already under way, officials in St. Paul want people to look beyond the stanchions and pickup trucks and see the big vision.

With eight miles of the 11-mile light rail line running through St. Paul, most of it along University Avenue, city planners see it as a great opportunity to open up the area to a diverse new wave of development that will grow around the train route and the stations that will be popping up.

So today they unveiled a new book that puts the grand vision into basic terms so that developers and businesses can quickly understand what the city and its partners want to see happen when the light rail line is up and running in 2014.

The “Saint Paul Transit-Oriented Development Guidebook for the Central Corridor” outlines the types of developments that planners hope to see, and reassures existing businesses that they can prosper there, too.

Although planners know there will continue to be serious construction-related problems in the coming months — residents and businesses worried about parking and lack of access — they were focused today on a brighter vision down the road, or the line.

Council Member Melvin Carter III said the guidebook will help developers understand how the new rail line will look and how it will interact with new and existing businesses and housing. It’s important that the project is focused and well-thought-out, with the right mix of development that includes housing and businesses, he said. 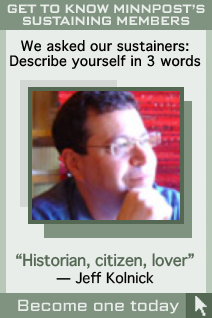 Russ Stark, another council member whose district includes the University Avenue corridor, said the guidebook is an important landmark in the project planning, providing “fine-grain ideas on how to piece together” the various components that will make the area a great place “to live, work and play.”

One project on the the corridor already in the works is a Project for Pride in Living development that will be a block-long combination of affordable rental units and commercial spaces on the old Midway Chevrolet location at Hamline and University.

Steve Cramer, former Minneapolis City Council member who’s now PPL president, said the new project, along with the other planned and hoped-for developments, will transform University Avenue from a “zoom-zoom-zoom car-oriented street” into a transit and pedestrian environment.

Ann Mulholland —a former top aide to St. Paul Mayor Chris Coleman who is now a St. Paul Foundation exec and co-chair of the Central Corridor Funders Collaborative— said the guidelines were developed by a wide range of stake holders who want to share their vision of what the corridor can become.

“We want to show how important light rail will be to the community and businesses here, and how it will provide a richness that others will want to join,” she said. “The guidebook is a giant invitation to invest and see the potential. People who live and work here already know what a jewel it is, and we want to invite others in.”

Copies of the guidebook are available online or from Tim Griffin of the St. Paul Riverfront Corp., 651-293-6864, or email griffin@riverfrontcorporation.com/.