News
Two Cities
This coverage is made possible by a grant from The Saint Paul Foundation.
Dec. 1, 2011

It’s been an interesting first week on the job for Joe Campbell, who started Monday as the new communications director for St. Paul Mayor Chris Coleman, coming to City Hall after five years in Sen. Amy Klobuchar’s office.

As one of his first duties, Campbell had to describe how a distraught man was physically removed from the mayor’s office Tuesday morning. The man didn’t harm anyone or threaten the mayor, Campbell said.

No big deal, he said. These things happen when the mayor has an open door policy. “We always encourage people to come in, even when they’re upset. But when it’s obvious they need to talk to someone else, and won’t leave, we might have to help them out.” 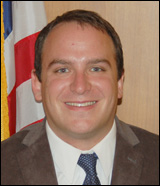 I asked Campbell about his background, and learned he was born on the East Side, grew up in West St. Paul, attending St. Joseph’s School and Sibley High School. He went to Gustavus Adolphus in St. Peter, hoping to play football, “but I was injured before I arrived and never actually joined the team,” he said.

He graduated in 2005 with a major in political science and minors in history and geography. After a stint with West Publishing, he joined Klobuchar’s office in 2007, where he had several jobs, most recently outreach director.

His media experience goes way, way back: When he was 4, the city of West St. Paul was going to cut down a bunch of trees on their street, and he launched a campaign to save the big climbing tree in his parents’ yard. He and his sister and a friend were pictured in the local paper, sitting on the branches and calling for the tree’s salvation.

It worked. The tree is still there, Campbell said.

May all his media campaigns be so successful.

Campbell’s hobbies: “I love talking about food and visited Heartland for the first time a few weeks ago, and I have a love/hate relationship with NCAA football.”

He and wife Emily have a 10-month-old daughter, Olivia.

“I am thrilled to be back in St. Paul, the city that created my love for cities,” he said. “This is a time of great importance for St. Paul, and Mayor Coleman has done an incredible job approaching governance in an efficient and careful way.”