Cold cases, the staple of television crime shows, are being handled a little differently in St. Paul these days.

That’s a very disappointing change, says the veteran officer who ran the one-person unit for three years, but the federal grant that funded the unit expired, and because of city budget cuts, police officials say there’s no money left to pay someone whose only job is to dig through the old files searching for new clues to bring old murderers to justice.

Instead, they’ve divvied up some of the cold cases up among the city’s seven homicide officers, who, in theory, can delve into the dusty files when they’re not working on new cases.

Two murder boards
That means there are now two murder boards on the homicide squad’s wall: One has the current murders they’re working on — currently five are in various stages of investigation. The other board lists 10 cold cases that officers think they might have a chance of solving, if new information comes forward.

The city’s federal grant — totaling $260,000 over two years — allowed the department to have a dedicated cold case unit. One officer, Sgt. Anita Muldoon, studied 115 old, unsolved murders, looking for missing clues. At first, she had help from some retired homicide officers.

But the grant expired last year and without the extra money, the department eventually decided to pull Muldoon from cold case duty. Muldoon was shifted to the juvenile unit, and she decided to retire this fall, saying she was “angry and saddened” when the unit was shut down. 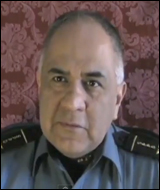 “Sgt. Muldoon identified 10 cases that have some moderate solvability factors, and they’ve been divided among the homicide officers,” he said.

Minneapolis police, too, had a federal grant for several years that funded a two-person cold case unit. That grant expired, too, but the department has continued to keep Sgt. Barb Moe working exclusively on old cases. And the rest of the homicide officers also keep some of the cold cases on their desks, to chip away at when they have time.

Moe said she’s not sure whether her cold case unit job will survive, though, when the city budget for next year is approved later this month.

Not as easy as ‘CSI’
Unlike the cold cases solved quickly on television crimes shows like “CSI,” the real-life cold cases are tough to crack.

During Muldoon’s tenure on the beat, one case was taken to trial. In 2009, new DNA results led police to a suspect in a 1977 mutilation murder. Police were elated when the charges were filed, saying it proved that diligent police work could solve even decades-old cases and bring justice for victims and their families.

So there was much surprise and angst when a jury found the suspect, Richard H. Ireland Jr., not guilty in an Oct. 2010 trial.

“The [not-guilty] decision surprised everyone, including the judge, Muldoon says now. “You never know when it comes to jury trials — I’ve seen stranger things happen. This was a case with solid physical evidence, fingerprints and DNA.”

They’re cold for a reason
“They’re cold cases for a reason,” Martinez said. “We’ve been blessed with a good team of homicide investigators over the years; if they could have solved it, they would have, and it wouldn’t be a cold case.”

The TV shows give many “the false sense of security that DNA will solve every case,” Martinez said. “It’s just a piece of the puzzle.”

With cold cases, the hope is that new information and new technology will open up new leads. Many of the old murders were committed before DNA technology was available to help police find killers by the blood, saliva, hair or bodily items left at the scene.

New information did emerge in the St. Paul case of two women, both named Susan, who were murdered on the same date, two years apart, in the 1980s. Initially police wondered if the cases were related and worried that a serial killer was on the prowl. (The case was the basis of the murder novel “Stalking Susan,” written by my wife, Julie Kramer, in 2008.) But when DNA tests were later completed, it was determined that there were two different killers.

“[C]omplete [DNA] profiles were obtained from semen left on the victims,” Muldoon said. “However, the profiles were different, meaning of course, that they were likely killed by different people. It is also likely that their killers are also dead. Killers of this kind generally don’t stop after one event but these murders occurred when DNA profiling was not yet heard of. Unless they are anomalies, chances are their DNA should be in the [national DNA databank]. The good news is that it is there now, so if the killers are still alive and act out, in any way, again, they will be linked to the crime. Gotta love it.”

Minneapolis, which has many more murders than St. Paul, has had more success with cold cases. Moe said they’ve had “great success” in the past few years, with one conviction at trial, three guilty pleas and one case just charged in the past two months. Charges in another cold case could come soon, she said.

And there are always more to look into, “an endless supply,” she said.

Budget cuts prevail
With budget cuts required in all city departments, and police efforts focused on putting officers on the streets, it’s unlikely the St. Paul police department will reopen a cold case unit anytime soon. And although the department reapplied once for the federal cold case grant, the pot of available money has been cut in half, and St. Paul wasn’t funded, Martinez says.

Muldoon said she wanted to apply a third time for the federal grant but was overruled by the administration.

Police officials don’t like to talk about the cost/reward ratio on these cases, at least publicly, because in a perfect world you can’t put a price on justice. But Muldoon feels that additional  resources and funding — more than just a one-person unit, or officers looking into cases in their spare time — are needed to make an impact.

“The administration told me that the budget did not allow for manpower [woman power, as it were] to be dedicated solely to working the cold cases, especially when no charges were being made,” Muldoon said.

“I had argued for years for help in the unit because the work was too great for one person, nearly impossible, frankly. No other unit was called to that task. I couldn’t save the unit on my own without support from someone in the administration. There was none; no one asked me about my work, my strategies or my efforts. So I’m sure it’s quite evident how I felt when I was told my work would be ‘divided up’ amongst the regular homicide detectives — disheartened, to say the least.

“First, with all due respect to their skill, none of them knew the cases as I did and thus had no personal connection to them, and more importantly, homicide detectives never have time to commit to an old case, which is why the unit was developed in the first place.”

Mayor Chris Coleman’s office said this week that the mayor feels “these challenging cases are important, and understands that the investigators continue to work these cases hard.”

And Martinez said he’ll pull “whatever resources are needed” to make a case, if usable evidence is developed on one of the cases.

Muldoon, though, wishes the administration would dig deeper to find funding for dedicated cold case research, because she thinks it’s a crucial part of police work:

“I was often asked why I thought cold cases were so important when current murders were happening every day. My response is this: They are not more important, but they certainly are as important. Just because they have not been solved doesn’t mean the victims have no value and their families don’t suffer. Science supports the resolution of these cases. If police administrations don’t dedicate manpower to follow up on such brilliant leads, then justice will not be served. Time is of the essence in cold cases.”