News
Two Cities
This coverage is made possible by a grant from The Saint Paul Foundation.
Jan. 4, 2012 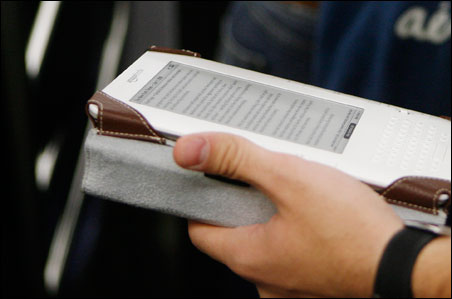 REUTERS/Lucas Jackson
eBooks checked out from Saint Paul libraries can be sent to a Kindle or downloaded to a computer and then transferred to a variety of eReaders.

St. Paul Library officials are giddy about the rising use of eBooks by library patrons, although they note that it’s still a tiny percentage of overall library lending.

The library system, which has 12 branches, started the eBook service in April and now has nearly 4,000 titles available for free download for a three-week period.

The library says it recorded 3,483 eBook downloads in December — 200 on Dec. 26 alone. The monthly total is a 645 percent increase over April, when 467 eBooks were downloaded in the program’s first month.

“eBooks are still a very small percentage of total books checked out, but what’s stunning for us is that the trajectory is so dramatic,” Library Director Kit Hadley said in an interview. Circulation of paper books has been static, but eBooks downloads are rising dramatically, she said.

The downloads now run in about the 200-per-day range, but Digital Library Manager John Larson notes that in 2011 the library averaged 6,656 physical items checked out daily from all library locations. 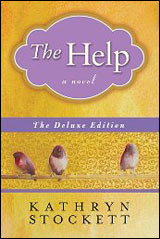 The Library system’s most popular eBook: ‘The Help’

The library system’s most popular eBook, Larson says, is the Kathryn Stockett bestseller “The Help,” with 70 downloads so far; George R.R. Martin’s “A Game of Thrones” was next with 48. Minnesota author John Sanford’s “Buried Prey” had 46.

Someday, Hadley said said, she expects the percentage of eBooks lent by the library to surpass the number of “paper” books. But she doesn’t care to get involved in the discussion of whether traditional printed paper books are doomed.

“The important underlying thing is that libraries are about reading and learning; libraries have dealt with changing formats forever, and we will continue to do so,” Hadley said.

Not all publishers are OK with the idea of libraries putting digital copies of books out there for free. Worries about pirating and about the number of times an eBook can be lent have kept some titles on the digital sidelines, Hadley said.

Some publishers, for example, insist that the libraries buy a new copy after each eBook has been lent 26 times, the approximate number of uses that would require a library to replace a print book. Other publishers won’t even offer eBooks to libraries.

“At a gut level, I don’t like [the 26-download limit],” Hadley said. “Part of the beauty of digital books is they can’t be damaged or lost or worn out. But I understand the publishers’ perspective, and we have to find a middle ground with them.”

The library service lets patrons check out eBooks with a valid library card; the books can be sent to a Kindle or downloaded to a computer and then transferred to a variety of eReaders including the Barnes & Noble NOOK, Sony Reader, and many others. eBooks can also be downloaded on mobile devices. Titles automatically expire at the end of the lending period. There are no late fees.