News
Two Cities
This coverage is made possible by a grant from The Saint Paul Foundation.
June 15, 2012 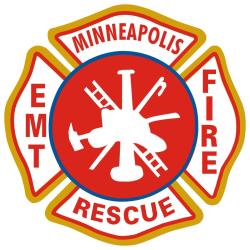 Six Minneapolis firefighters who were laid off 10 months ago will be rehired as quickly as possible, following City Council action Friday to accept a federal grant.

The city will use $1,066,924 from a Staffing for Adequate Fire and Emergency Response grant to cover two years’ costs.

The hires will bring back the last of a group of 10 who were laid off. The move will put the Fire Department at full strength with 388 sworn firefighters.

Fruetel disagrees. He says fires in churches can be difficult to control because concealed spaces allow the flames to build out of sight. The department currently is staffed with 92 firefighters a day.

The chief said he will expedite the hiring process and hopes to have the six rehired in the “next few weeks.”

The party is delayed

City Council action on an ordinance that would allow owners of on-sale liquor licenses to add four days of events at their businesses was delayed Friday because of inadequate notification of neighborhood organizations.

The license holders currently can use their parking lots and buildings for special events eight days a year. The change would allow 12 one-day events during a calendar year.

Council Member Meg Tuthill suggested the delay, saying some neighborhood organizations in her ward got only a one-week notification because of the Memorial Day weekend. They are required to get notification two weeks before a public hearing.

“We need to give more information to the folks who live here and the folks who do business here,” said Tuthill, who said there is a potential for problems in high-density residential areas.

“Wow, let’s roll up the streets now,” said Council Member Lisa Goodman, who opposed the delay, saying it pushes the event planning later into the summer.  She also said the committee agreed during the public hearing that adding four more event days was “not that big of a deal.”

Tuthill said her area organizations didn’t disagree with the extra days but wanted more than one week to study the proposal.

Council Member Cam Gordon sided with Tuthill and pointed out that there are already eight days of events allowed, so bar and restaurant owners don’t have to delay all planning because of the council action.

Gordon said neighborhood organizations in his ward also complained about the short notice.

The council voted 7 to 6 for a two-week delay.

The Stadium Implementation Committee has added Council Member Betsy Hodges to its ranks.  Hodges voted against the Vikings stadium legislation and was a vocal and early critic of the plan.

“Having someone who wasn’t a supporter brings a critical eye, and that’s a good thing,” said Council President Barb Johnson, who made the appointment. She also cited Hodges experience as chair of the Ways and Means/Budget Committee.

“He has become an expert in emergency management,” said Goodman, who then blasted what she called “political chatter” attributing Lane’s appointment to his years on the council.

“Nothing could be further from the truth,” said Goodman.