News
Two Cities
This coverage is made possible by a grant from The Saint Paul Foundation.
June 21, 2012

The polar bear and two seals that escaped their exhibits at the Duluth Zoo during Wednesday’s flooding have found temporary asylum in St. Paul.

Como Zoo, run by the city of St. Paul, is providing homes for the displaced animals while repairs are made to the ravaged Duluth Zoo.

Cascading flood waters caused great damage in the early morning hours Wednesday, and several barnyard animals and birds were killed in the deluge.

The bear, a female named Berlin, managed to escape its enclosure during the flood and was tranquilized. One of the seals was found on a nearby road in Duluth after water overflowed its exhibit, allowing it to swim away. 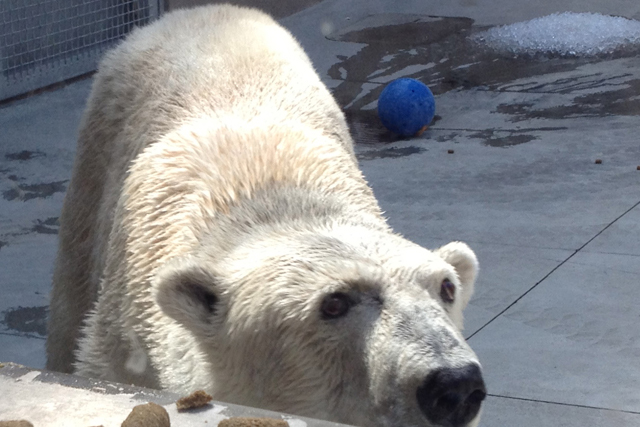 The seals are now housed in the sea lion/seal winter quarters at Como. They hadn’t ventured out into public view Thursday morning, but the door is open and they may be lured outside with some fish later today, said Como spokesman Matt Reinartz.

Como’s three seal lions, including Sparky, and two seals are now in their summer location on Seal Island.

But Berlin, the Duluth bear, will be kept behind the scenes and not visible to the public, Reinartz said.

Como has two of its own polar bears in one of its two bear enclosures, and the houses a grizzly bear and two brown bears from the Minot, N.D., zoo, which flooded last year.

All three flood survivors seem to be thriving, he said: “They’re relaxing and happy.”

Como officials began talking with Duluth Zoo officials Wednesday morning, as the extent of the flood damage became known. By late afternoon, it was agreed that Como would send a crew to Duluth to bring the three animals back to St. Paul.

How did they do it?

Four zookeepers in two large cargo vans made the trip; the seals rode south in one van, the bear in the other. They arrived at Como at 2 a.m.
Thursday morning.

“It went as smooth as could be,” Reinartz said.

Everyone agrees this is temporary housing, but there’s no date on how long the bear and seals will stay in St. Paul.

There were tons of positive comments about Como’s offer of refuge on the zoo’s Facebook page this morning.