News
Two Cities
This coverage is made possible by a grant from The Saint Paul Foundation.
July 20, 2012

You’ve probably seen the work of artist Kyle Holdridge. His work is everywhere and includes giant motorcycles, vintage cars, bowling balls knocking over pins taller than you are and a Kirby Puckett celebration in the Legends Club at Target Field. 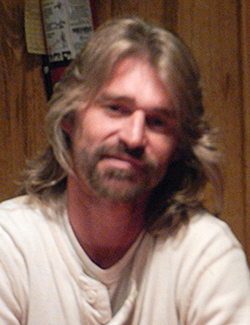 Holdridge paints murals. He will paint them inside or outside, but when he paints them outdoors in Minneapolis, he has to be careful.

If the mural outside of a business in Minneapolis directly relates to the business inside, it is illegal and city staff can come and take it down or paint over the offending parts.

“A big giant Leinenkugels bottle about 15 feet wide got torn off the wall,” said Holdridge.  Another mural, at a bowling alley, was scheduled for a paint-over, but more than 1,000 art lovers signed a petition to save it and the mural was spared.

Holdridge has been painting murals for more than 20 years.  He knows the rules.

“The owner here … can have a beer sign hanging on the inside of the window, so people outside can see it,” he said during an interview in an empty downtown bar. “But he can’t hang it on the outside of the window — which doesn’t make a lot of sense.”

Artist Brad Langdon, who is working with Holdridge on a Grain Belt mural inside a bar, agrees that the Minneapolis rules make no sense.

“They can hang Budweiser banners outside the building, flapping around in the wind all day, ripped and torn,” said Langdon, “so why can’t you have an advertisement painted outside?”

Maybe that day is coming.

Council Member Gary Schiff wants to change the definition of an outdoor mural in the zoning code to allow the display of products that are related to the business inside the building.

“You are not allowed to show any products that you sell in your mural, or your mural is deemed advertising,” said Schiff, “It’s really gotten silly, and the enforcement and destruction of murals has got to stop.” 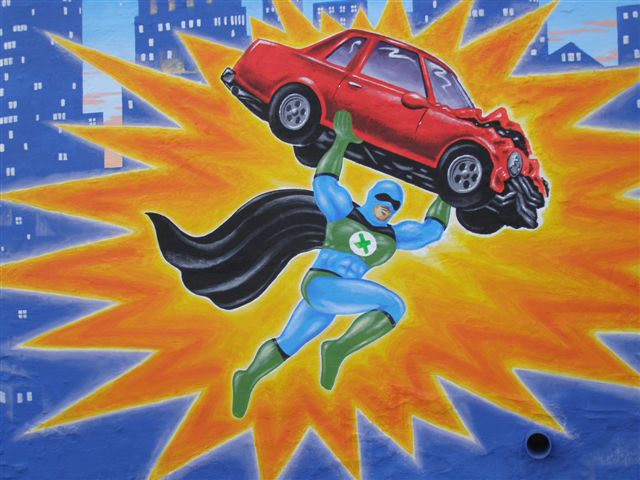 Courtesy of Gary SchiffThe super hero holding a car with a smashed front end was thought by the zoning inspector to be an advertisement for the car sales lot that was once here on Lake Street.

• A mural, now gone, at a Lake Street car sales lot got into trouble because it featured a super-hero who was holding up a car. And there was more.  The searchlight — what’s a super-hero without a searchlight? — had an X symbol, which was also on the car sales website.  Both the car and the X were painted over. 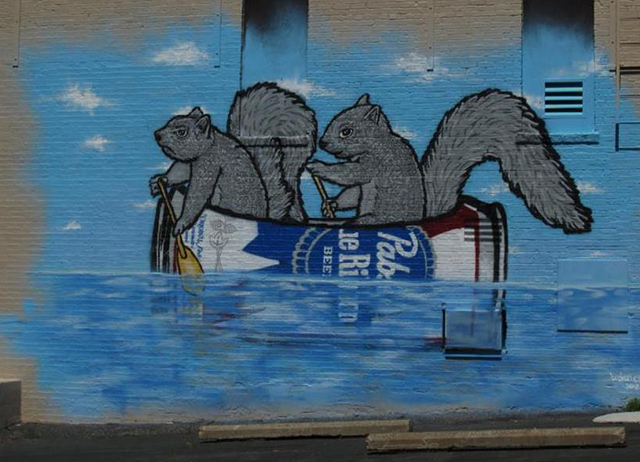 Courtesy of Gary SchiffThe squirrels are fine but the beer can canoe has to go.

• A mural on a bar in Northeast Minneapolis is threatened. It shows two squirrels paddling a canoe. Squirrel-like animals are OK, but the “canoe” is a beer can. The bar, of course, sells beer, so it’s in trouble.

“The squirrel mural is at risk — if we don’t change the rules — to be destroyed,” said Schiff.  “It was determined that they were advertising alcohol and alcohol was for sale inside the business.”

Council Member Lisa Goodman remembers a liquor store on Washington Avenue that was housed in a drab cinder-block building. The owner wanted the building to look better so he had a design competition for a mural.

The winning entry featured two champagne glasses with bubbles rising through the liquid. The winning artist painted the glasses — and city staff painted over them.

“They deemed the champagne glasses were advertising,” said Goodman.

Schiff is proposing a change to the zoning ordinance that would allow the display of products and would stop enforcement of the current law until the new rules are in place.

“We need to be more reasonable and look at how St. Paul handles these murals” said Schiff.

In St. Paul, for example, the Grand Avenue mural on Whole Foods has become a neighborhood landmark. But it is a landmark that would have been long-gone under the Minneapolis rules. 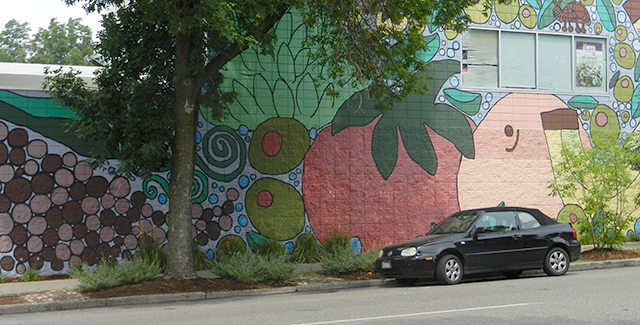 MinnPost photo by Karen BorosThe mural along the Grand Avenue side of Whole Foods in St. Paul.

The zoning inspectors in St. Paul try to find a way to allow murals to stay as painted if possible.

“We consider them artwork if we can,” said Wendy Lane, who is the city’s zoning manager. This approach, though,  doesn’t allow anything you want to paint, she explained.  If a mural pictures a brand name or a business name, it is considered advertising and falls under the rules for wall signs.

In a 2007 Central Corridor Development Strategy report (PDF), St. Paul even goes so far as to encourage eliminating “blank walls” and suggests murals or other artwork “to enliven the street and improve visual interest.”

The Whole Foods mural, which features fruit and vegetables, was designed by a store employee when the grocery business first opened. In the early days, there weren’t many customers so the entire staff spent their break times painting until the entire wall was covered.  It has been there for 15 years.

And all of that food you see on the wall is available inside the store.