News
Two Cities
This coverage is made possible by a grant from The Saint Paul Foundation.
Dec. 14, 2012

Minneapolis Mayor R.T. Rybak was taking questions from reporters in the hall outside the City Council Chambers.  His 2013 budget, largely unchanged, had just been approved. The mayor was all smiles — and he kept smiling when the questions quickly shifted from city finances to his political plans, if any, for another term.

He’s been busy and hasn’t had time to think about seeking a fourth term.

“I had to nominate a police chief and get the budget out of the way,” said Rybak, adding that he didn’t want to be “coy” about his plans but needed time to sit down with his family and talk about the future.

Based on the experience of two former Minneapolis mayors, making this decision will not be easy.

And former Mayor Al Hofstede said he knew it was time to leave when he no longer had a “fire in the belly” for the job.

Former Mayor Don Fraser says he was ready to quit after 10 years but stayed on for another term when then-School Superintendent Richard Green asked him to help raise more money for education.

His wife, Arvonne Fraser, the “politician” in the family, thinks Rybak should expand his horizons with a job in Washington and then, perhaps, come home and run for a higher office.

All three political veterans have plenty of advice for Rybak and insight into the challenges mayors face.

Here’s an edited transcript of their comments:

MinnPost: You served 14 years as mayor beginning in 1980. That was after a career representing the 5th Congressional District in Congress, so you were no stranger to public office.  Did you like being mayor?

Don Fraser: I found the job interesting as I went into it, and quite interesting during the terms I served but toward the end, I thought maybe that was enough. One of the things I liked was that I was learning in areas I had not been involved in very much.

I liked the fact that I was in the “district.” It was a little bit different from Congress where you run back and forth and you’re never quite sure who is connecting with you.

Arvonne Fraser: He loved it. He said he liked to be on-site. He said when he was in Congress, they’d pass a law and maybe five years later something would happen.

When you are mayor, you do something that day and something might happen [that same day]. That’s quite exciting. 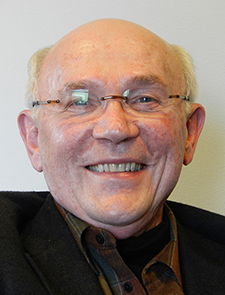 Hofstede: I was part of the old Kennedy Peace Corps. I was going in to make a difference. It was nothing but a challenge — from police to schools to people leaving the city to downtown big businesses leaving to transportation. Every issue was a major issue.

There were boarded-up houses and social unrest. We gave homes away for a dollar. We tore plywood off the windows. We created communities. We created the urban frontier and the urban pioneers.

It was fun watching. It was fun making it happen even with all of the challenges.

MP: We see Mayor Rybak at events all over the city. He was very active in the re-election of President Obama. Give us some insight on what the workday is like for a mayor?

There’s no middle ground.  It’s backwards or forwards.  That was my philosophy.

MP: If Rybak were sitting here asking for your advice about seeking another term or seeking a new direction, what advice would you give him?

Arvonne Fraser: I’d tell him to think hard about what he wanted to do and what he was interested in. It’s up to him if he wants another term, but if he’s wondering, I think an experience in Washington, which he certainly has an opportunity to have, is very good.

It broadens your perspective. And you can come home and you’ve got two perspectives:  the local and the national.

He’s too young to retire. And he’s got too much in his head, too much experience not to stay in politics. We certainly need smart thinkers and people who understand and respect government.

MP: You had two Washington jobs and you lived there when Don was in Congress.  During the Carter years, you were head of the Office of Women in Development, and President Clinton appointed you as the U.S. Ambassador to the United Nations Commission on the Status of Women. What did you learn in those jobs? 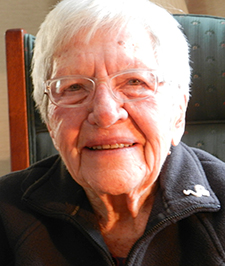 Arvonne Fraser: Understanding politics and government is terribly important if you want to do something in the world. Rybak has that great understanding, and I think he should continue on with it.

Don Fraser: He’s done a good job as mayor. If he is aware of problems that need further work, that ought to encourage him to stay on. But I agree with Arvonne, that if the opportunity develops, which would enable him to play a role at the federal level, he should give that serious consideration.

That’s an opportunity that doesn’t come along frequently, and if it’s there now, I’ts something he ought to look at carefully.

Arvonne Fraser: I agree with Don about taking advantage of opportunities. The good ones don’t come along all the time.

It’s very personal. You’ve got to figure out who you are and what you want to do and look at every serious opportunity.

Everyone says Rybak is going to Washington. My personal opinion, down deep, I think he knows that’s not for him. He likes this community and I think he still wants to live in it.

MP: We’re going to build a football stadium in downtown Minneapolis. Rybak worked hard to bring that project to his city. Is staying around for the stadium construction enough of a draw to keep him in the mayor’s office?

Don Fraser: It can be interesting and sometimes challenging, but I don’t think that’s enough. I wouldn’t see that as enough to persuade someone to stay on in office who is otherwise looking for new opportunities.

MP: How did you know it was time to leave public office? 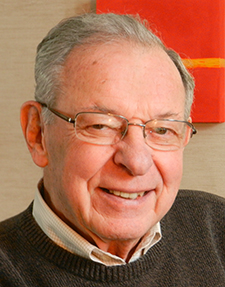 We don’t have term limits, but there are term limits. You know what they are when you are in office.

There’s always more to do. You can’t fall into that trap. There’s always another problem.  You’re never going to solve all of the problems. The trouble is you won’t attack those problems the same way you did before because your heart isn’t there. Your spirit isn’t there.

I never took the job as a job. I look at this as a commitment to serve. When it’s time for you to leave, you know it.

Don Fraser: My own experience was that after three-and-a-half terms, I simply thought it was time to let someone else take over. I don’t know if three terms is the right length for everybody, but for me it was and it could very well be for the mayor.

MP: Do you think he’s going to run for another term?

Don Fraser: There are still a lot of challenges in the City of Minneapolis. I think the question is: “Are there some additional challenges he would like to take on and remain active?” That’s something he has to decide for himself. It’s hard to make a judgment for him.

Al Hofstede: He probably won’t run again. The question is: “Does he really want to do that job for another four years?”

He can do some wonderful things.  There is life after the mayor’s office.